Amie went to bed a bit later after a sumptuous feast of Indian take-out. DH and I watched a crummy movie over a crummy internet connection – it felt like our old graduate student days! Only Amie woke up twice with nightmares.

Today it is snowing again, of the kind in between sleet and snow, so no walk outside as planned. But there are plenty of indoors activities, like setting up a zoo complete with a train and holding pens and zookeepers (the Manushes: they’re jacks-of-all-trades). 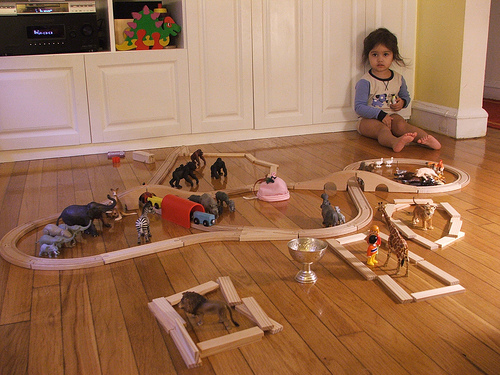 (*) Last year Amie mixed up “Happy New Year” with “Happy New York” because we happened to be in New York at the time. So that’s how we greet the new year now.