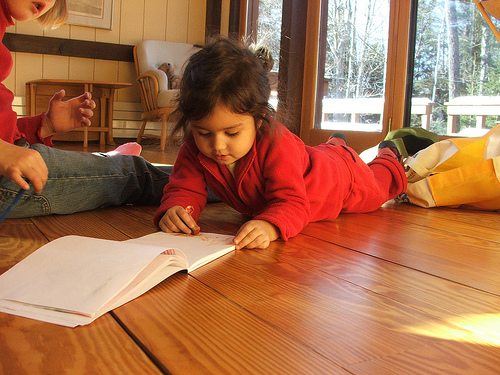 Amie has been making strides with her drawing.

She has been grouping little tadpole figures together on one page – my suggestion, that we use the “white” on the paper a bit more. She has also been mixing the mouth inside with the mouth outside the face figures. 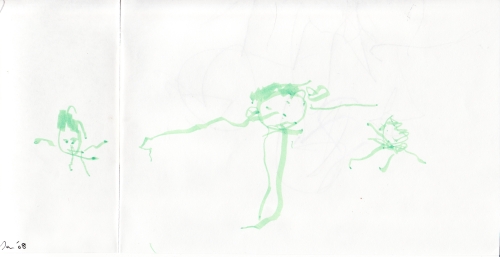 But overall, the figures had become formulaic, as you can see from the following drawing (notice her signature in the bottom right corner): 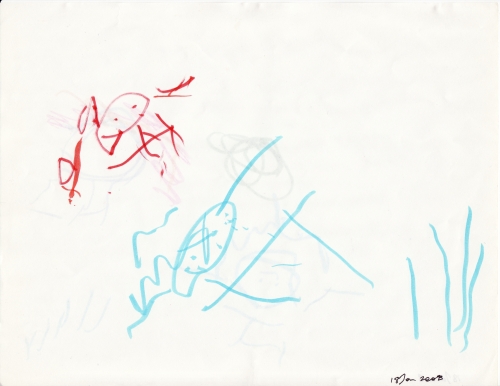 Perhaps she thought it was time for a change. Chaos ensued: 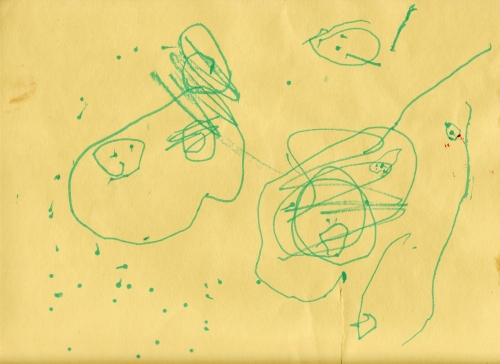 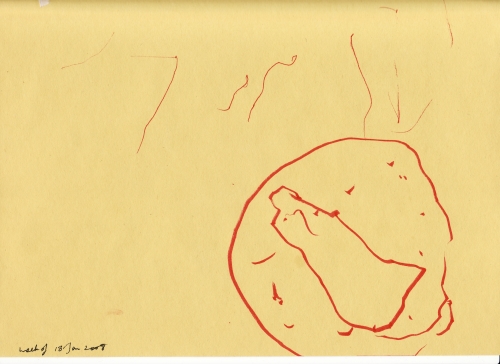 At first I couldn’t figure out what was happening, and neither could she! She couldn’t explain what was what in these protozoic creatures. Until, a couple of days later, I realized (wondered) that she was probably struggling with the body. Because this is what happened next: 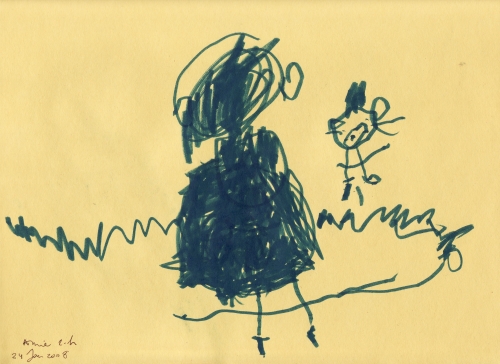 As you can see, Sulley has a body, “big hairy arms” and lots of “hair all over”. Both he and Boo have feet (Boo has shoes too), ears and hands.

She wasn’t totally convinced yet, though. For instance, Boo’s body, she said, is that smaller circle inside her face. Still, her next drawing was quite clear: 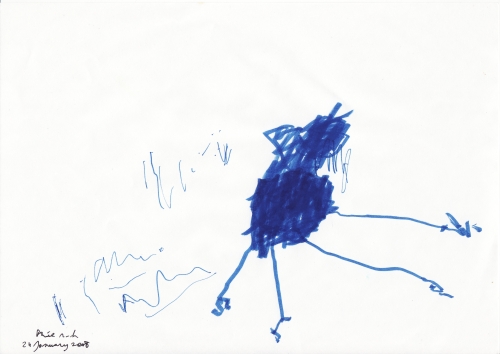 Sulley again, with his name “spelled out” on the top left and her signatures below it.

Is this the end of the tadpoles? She’s drawn a couple more since then, but they might be stragglers, like the hapless Neanderthals, doomed to extinction.