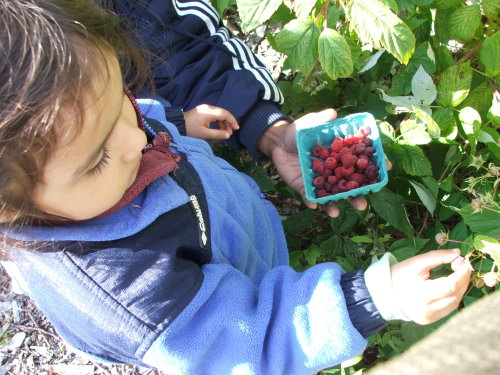 This Saturday we returned to Drumlin Farm for the Harvest Festival and we had a blast. We danced to the Old Mariners’ Dixieland Jazz – they were in their sixties and seventies and pretty hardcore, apologizing for playing a song so recent as from the thirties! We took a hayride into the fields I remember with such fondness and picked the last of the raspberries.  I was wishing we had that much sunlight in our garden. I would love to have a berry patch like that, for the berries, for sure, but also for the picking, which is just such a mind-clearing and calming activity. We also got some gourds (now curing in our porch) and large as well as small pumpkins, of which Amie painted one. 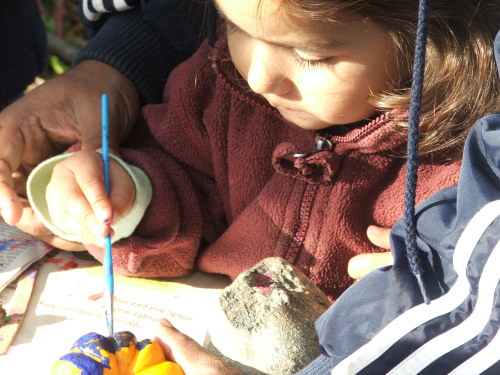 On Sunday we drove “into the city” (it’s still funny to say it like that) and in between two parties we visited the MIT Museum.

There Amie got acquainted with the”emotional robot” Kismet (above), the kinetic sculptures of Arthur Ganson, and the ongoing and ever changing exhibition of holograms. Amie was most charmed by Ganson’s Machine with Wishbone and the tiny armchair jumping and bouncing over the cat. But she was most mesmerized by his self-oiling machine, of course, how could she not? All that sleek oil dripping down… Maybe that’s what caused her proclamation, as we headed back out again: “I want to go to a coffee shop!”