Now I really AM tired! We spent the day digging a long one foot trench, then installed the fence. We’re talking 150 feet of trench/fence in mostly stone and rootbound soil. We still have 1/3 to go. For budget reasons we went with simple chicken wire, three feet high. It doesn’t look too bad – in fact, it’s quite unobtrusive – and it will do for now: it will keep the rabbits and the dogs out… We don’t know about gates yet, but tomorrow I will plant the seedlings anyway. The plants’ risk of stress due to being rootbound is starting to outweigh the risk of being eaten by the bunnies.

While working we frequently heard thunder, coming closer. Suddenly it turned very dark, and the tall trees all around us began swaying like crazy, and there was this feeling in the air, of static, and Amie started crying. We were ready to run for cover, but that was it, and two minutes later it was sunny again. It had been like a giant, invisible hand had swept by us. The next town over had major hail. Luckily we escaped that: the seedlings were out on the patio!

But what an experience! So eerie and exciting and I was so grateful that we were out there, in the thick of it. I am having many of those moment of gratitude when I’m out there. Like when I was ruminating the soil and soil horizons, while digging of course, and suddenly I realized: “stuff doesn’t ‘break down’. It is broken down”. A minor difference in grammar, a huge difference in reality.

Amie had her last day of school on Friday and we spent that week making thank you cards for her teachers. She chose flowers as the theme. I drew some, which she watercolored, and then she drew some flowers in a vase herself. She isn’t much into drawing lately – she’s always outdoors – but once she is inspired she makes works of art! 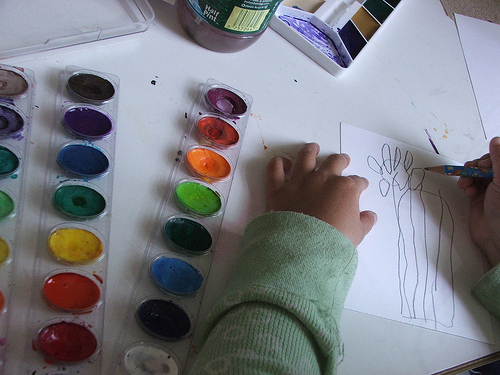 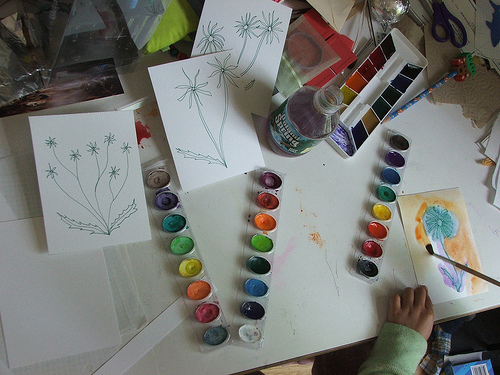 She also caught several caterpillars (inchworm?) and gently put them in a jar. She  gave them leaves for food and housing and talked with them. There was no lid, so there was often an outcry about those creatures attempting to escape. 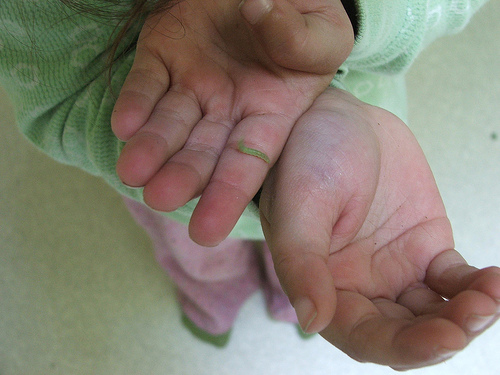