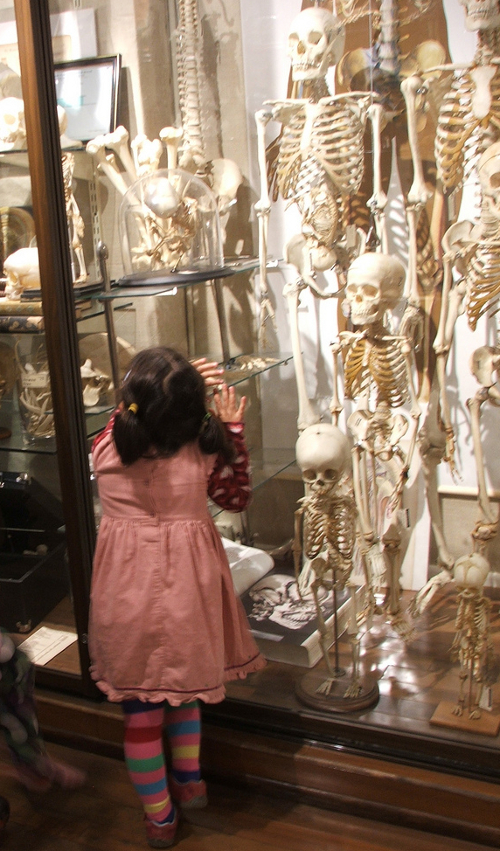 Yesterday evening I was helping Amie get to sleep – I just lie next to her in the dimmed light, in our bed (we still cosleep), hold her hand, and read a book while she stares and stares until finally her eyelids drop.

I was reading Wallace Stegner’s Angle of Repose, which I find fascinating, and suddenly she said, so totally out of the blue:

– I want Baba to die before you.

I fairly couldn’t disguise my shock. That’s probably why she changed to:

– I don’t want you and Baba to die before me.

And still I was speechless. So she said:

– I only want people that I don’t know to die. Tell me all the people I know who have died! Tell me their names!

– No one you know has died. But Opa’s Mama and Baba have died.

Maybe listing all those dead Mamas and Babas was not a good idea. So I added:

– But what is dying? I don’t find it scary at all. Our bodies just fall apart, and then there’s nothing.

– Yes, no more thinking or dreaming or sleeping or walking or playing…

– Well, you can’t even be bored,Â  because you’re dead.

While she pondered this I had the occasion to regret my cop-out. She was talking not of dying, but of being left behind. So I said, more honestly this time:

– Don’t worry about dying, because we don’t know when we’ll die, you or I, and worrying about it doesn’t make a difference.

Was she content with that? She fell silent, and I returned to my book, and she stared at me for a while, then fell asleep.

I got the news that they’ve made a movie of McCarthy’s book, The Road – with Vigo Mortensen, so a mainstream movie. I am of course not going to see it (I must be nuts!), but part of me is extremely anxious for those who will, and another part is extremely curious about the effect.Â  But mainly just thinking about it gives me the shivers.