Last weekend we finally got the plastic on the hoop house, just in time too, before the first big snowstorm.

A couple of days after the storm something did not look right. Several of the “ribs” were no longer bent. A quick inspection revealed that the snow that had accumulated against the bottom had pressed against the ribs, making them bend in more, tightening the arch. This had put too much force on the pvc cross connectors on top, and several of these had broken. 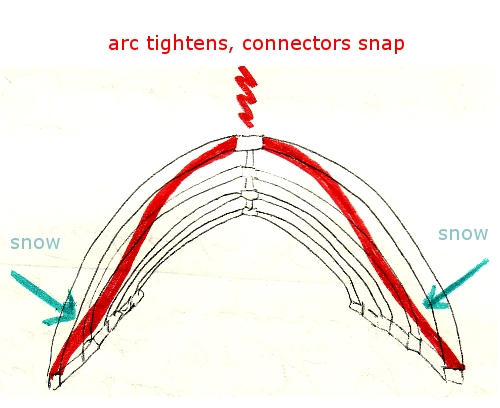 The house still stood by virtue of the connectors still in place, the plastic covering (which did not tear even at those point where the loose ribs were poking into it), and the milder weather. Yesterday DH and I had a chance to go out and fix it.

The cross connectors can’t stand up to that kind of pressure because they are made of rigid pvc, which may get brittle in the freezing temperatures. Not being able to bend, they just break. So we reinforced each connector with a metal rod. The pressure of the arch is now on the metal rod inside the joint and on the much more bendable pvc of the ribs where the rod’s endpoints press on them. 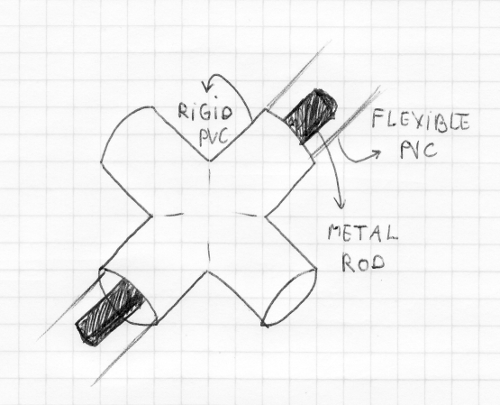 Hopefully this will do the trick, but to prevent the pressure from building in the first place, we are also creating a cross brace on the most vulnerable side of the hoop house. This will at least give us some extra time to clear away the snow. (More on this later.)

I peeked underneath the row covers and everything is doing well, though the Russian kale looked a bit peekish – next year I will be following the Matron of Husbandry’s tips on winter hardy veggies. I also had the chance to harvest some of our first winter harvest: 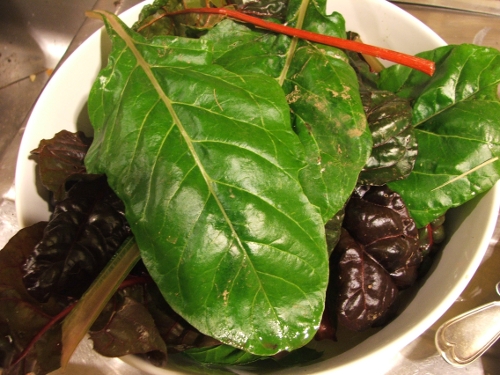