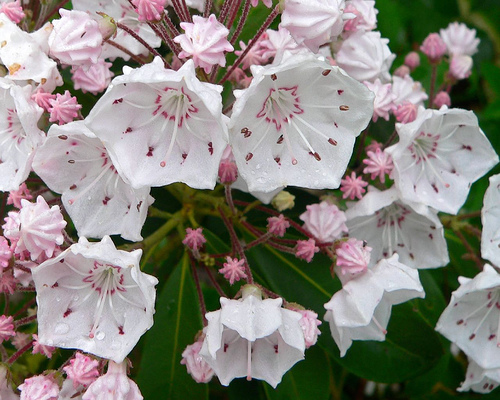 Yesterday evening we had our second beekeeping class, after a two week hiatus due to bad weather predictions (you can parse that either way) and school vacation. Rick brought in a full hive and guided us through the components, discussing their uses, alternatives, advantages and disadvantages, and some beginners’ pitfalls.

The magical moment, for me, was when he pulled a frame out of one of the brood chambers (the boxes at the bottom, where the queen lays her eggs and the hive resides). That frame had on it worker cells, drone cells, and queen cells.

It was passed around and suddenly the bees were in the room with us. Not pictures of them, or stories or scientific theory about them, or the invaluable evidence of Rick’s experience with them. But their actual home.

Up until that point I had been hesitating: should we do it this Spring / should we wait until next Spring? The pressure was on: there are only two to three weeks left of decision time: after that, there will be no more bee packages for sale. But when that frame came out, I knew I could, I should do it.

After seeing all that equipment, I also concluded that I would start out with what is commercially available: plastic frames pre-coated with wax, pre-made hive boxes, purchased bee packages, and conventional medications like mite-treatments and antibiotics.

But I intend, as I go along, to learn the carpentry to put the equipment together myself and to investigate how you propagate queens and nucs in case a hive is lost and bee packages are not available online. The medications will be the most challenging, but I’m keen on learning more natural ways of keeping bees healthy and treating them if they’re sick. All of that is for later… but not too late!

Right now my concern is with the many, many Mountain Laurels (kalmia latifolia) that are on our and our neighbor’s property. That’s a picture of their flower on top. Oh, and not to mention the acre of Rhododendron next door. Both plants (as well as Azaleas) are toxic (though not to bees) and honey made from their flower nectar “has been known” to be poisonous to humans.

I doubt my neighbor would allow me to remove them so I can keep bees! Rick is asking around what I can do about this, if anything. Keep your fingers crossed!

And I caught another mouse, but not before it mowed down all my celery seedlings, the only flat not under a dome, because the plants were already quite large. It’s not a good start to the season!