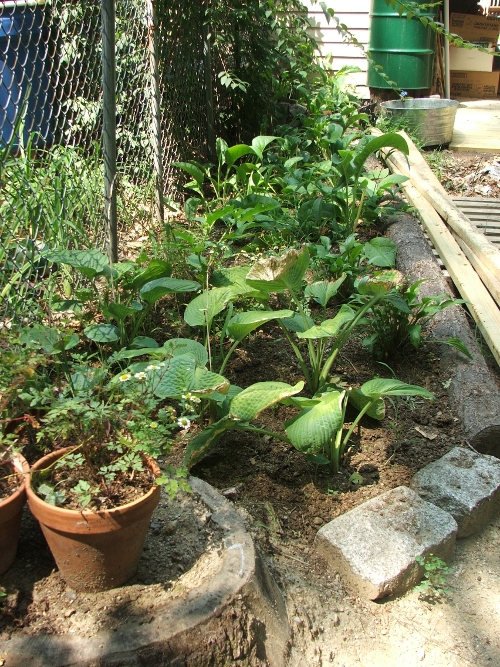 I was showing off my comfrey patch (above) to my mother-in-law when suddenly she asked “what is that!” I confessed not to know. I had weeded the bed – which also has some hostas, feverfew and columbine in it – some days before, and I had noticed this one weed, very beautiful, very singular, and had left it, wondering what it was, then forgetting about it.

“That’s dhatura,” said my mother-in-law. “It is a hallucinogen, and very poisonous.” 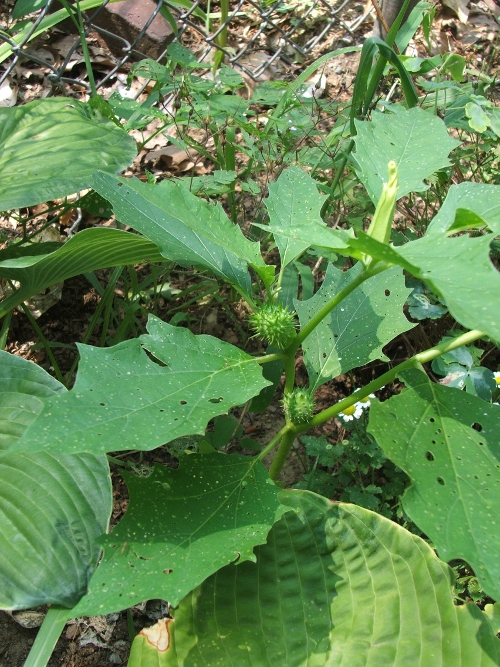 It turns out that all the parts of this plant are indeed poisonous. It contains tropane alkaloids, which are autonomic nervous system blocking agents. Eating from this plant (apparently even after it has been cooked in a stew) may result in delirium, hyperthermia, tachycardia, bizarre, and possibly violent behavior, and pronounced amnesia, and even death. Some native Americans tribes use/d it sacred ceremonies. In India it is used by the followers of Shiva, so my MIL said my garden is now blessed by Shiva.

Now this may sound crazy but I find this incredibly cool. After being so down about my garden I am now elated to find something poisonous in it!

It’s in a part of the garden (the “utilitarian part), where kids never come, or livestock (as I haven’t any yet). I want to leave it and observe it. Or should I pull it? What would you do? 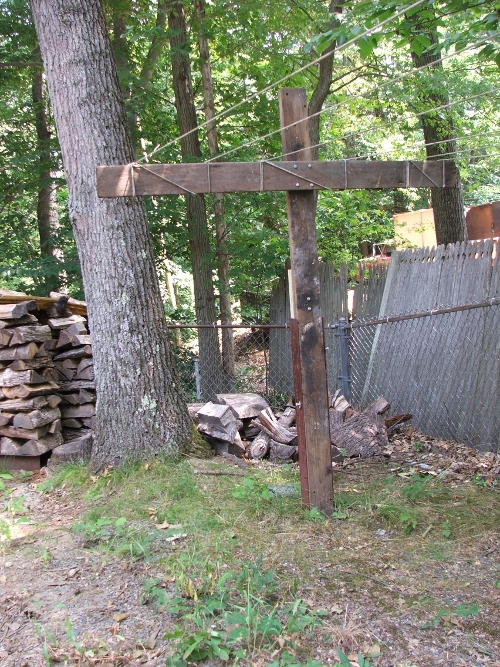