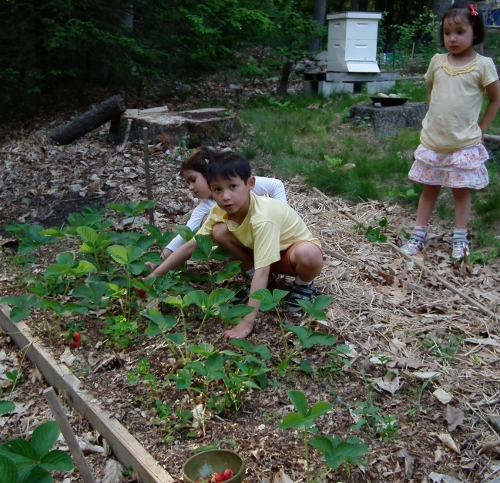 We harvested our first strawberries yesterday, a whole pound of them. I’ve started a new little harvest booklet, which I keep next to my scale in the kitchen and in which I record everything that comes in. “Don’t eat that yet! I haven’t weighed it!” The berries areÂ scrumptious: sweet and tart and juicy. They’re Honeoye (anyone know how to pronounce that?). Â Today we went back for another picking: half a pound! It’s not going to last, of course. I have only 25 Â plants there and they’re not ever-bearing.

It’s a seasonal harvest. Once they’re done, we’ll move on to the next variety of food, just like we moved on to the strawberries when we got sick of eating the rhubarb. And if they happen to overlap, there will be rhubarb-strawberry pie.

It has been really hot of late. The mercury reached 95F today. My 5 rain barrels are almost empty. I’ll have enough to water the veg garden tomorrow, but not to irrigate the perennials the day after. One rain storm and they’ll fill up, though. Those sudden downpours aren’t good for irrigating the fields, because the soil can’t absorb that much water in such a short time and so most of it runs off. But if you have a rain water catchment system…

I still need to transplant the peppers and eggplants. I’ve been busy with Transition. We had a booth at the Whole Foods Local Day on Sunday. Amie came along for four hours and was mostly happy. She went from one booth to another, chatted with the representatives, and collected their documentation – each and every piece of documentation. And she (wo)manned the table! 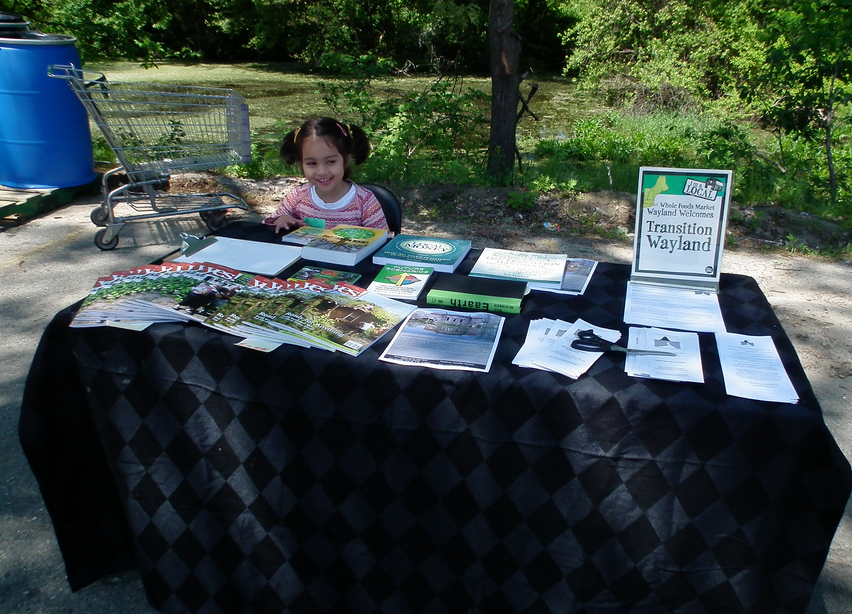