TodayÂ we dug out the sand form. 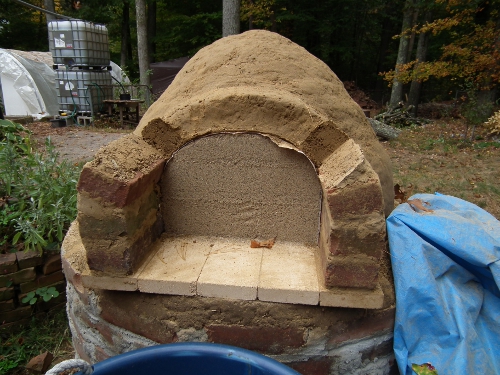 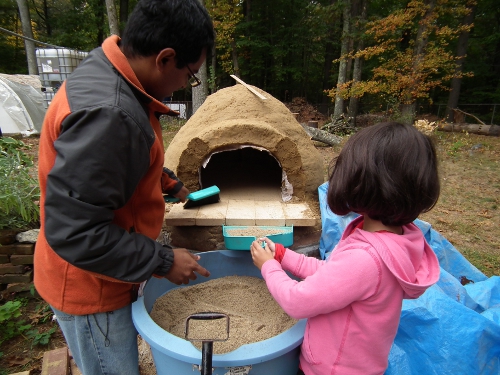 We peeled off the newspaper and checked out the surface on the inside. It’s pretty smooth. 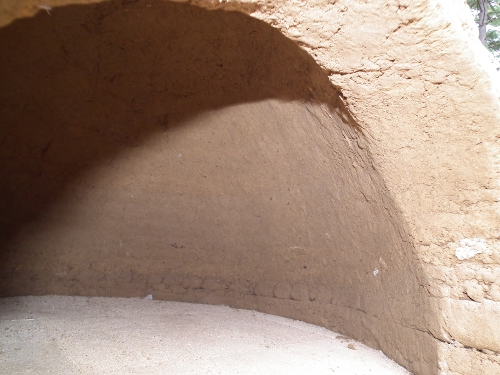 After that, we lit a fire, just a small one, called a “drying fire”. 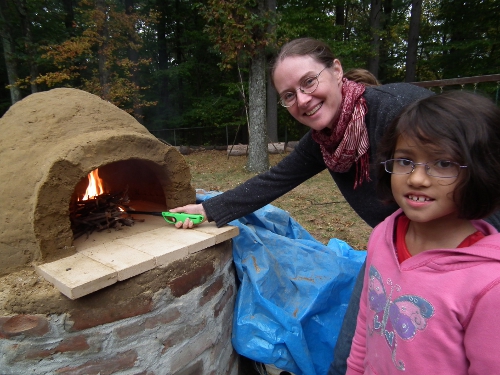 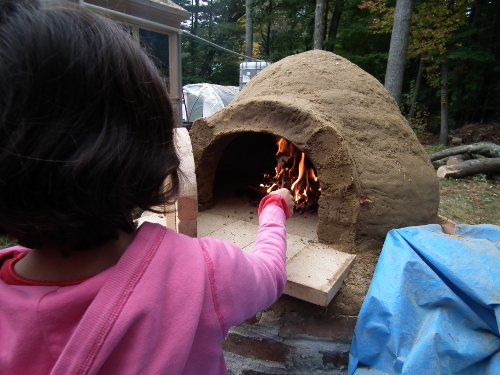 There is something so comforting about a fire on a cloudy, chilly Fall day. 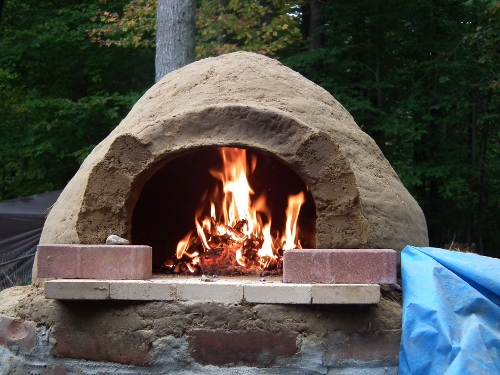 After that we started building the arch. We had begun one with the oven mud (you can see it in the first image), but that wasn’t strong enough to glue the bricks together enough for structural support, so this time we opted for cement. Unfortunately, DH had to leave unexpectedly and since we had mixed a good amount of cement already, I wanted to continue. Half an hour later it started to drizzle! I finished the arched hurriedly. I think it won’t be too bad, but an extra pair of hands and eyes would have helped. We’ll see what happens when we remove the door and the supports! The thing’s covered with a tarp now, so we will have to wait till tomorrow to try. If it doesn’t rain, we’ll add the insulating and sculptural shell. 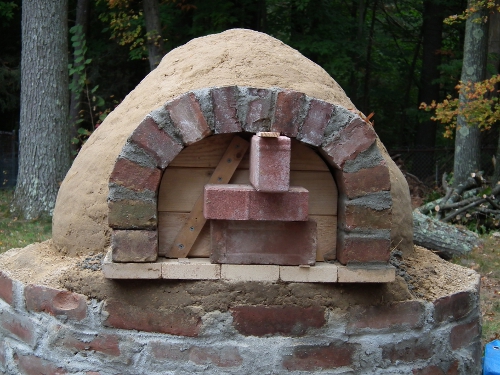