Today I had planned to clean the house. It badly needs a vacuum and a scrub. But before I could get started, a friend called and said she wanted to go on a walk that my group, Transition Wayland, was organizing though Wayland Walks. Wayland Walks is a great spin-off,  run by two of our core group members. They set up a walk every month, each one with a new theme (Full Moon, Wild Edibles, Walk on Water, etc.). Exceptionally, this one wasn’t local, but a half hour drive away. We used to have cranberry bogs in Wayland, but no longer.

As we drove toward Wachussett Reservoir, the clouds drifted away. By the time we got there, the sun shone on the water. We couldn’t believe our luck! And there were the berries. What a delight! As Amie said: “They like to play hide and seek!” Who knew cranberry plants were so tiny – well, they’re actually quite extensive, but you only see the “uprights,” the branches that poke three or four inches up above the ground. The real meat of the plant is the tangle of underground runners. You can walk forever and still be stepping on the same plant. The berries are hidden low in the brush: you have to almost get down to their level to spot most of them, and rake the foliage with your fingers. 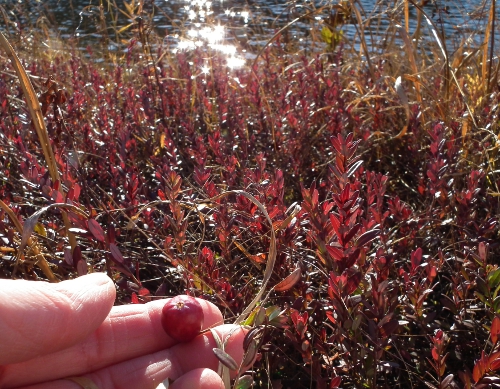 We picked for hours, Amie with her friend, her friend’s sister with her friend, the adults mostly by themselves. Before two others arrived, the kids were in the majority, which was a joy to behold. Their squeals of delight and their laughter was wonderful. The adults were quieter, no less intent on collecting. There was a lovely, meditative quality to the picking: focused on the bright or darker red, hidden in the red foliage. Kneeling down, water soaking the knees of my jeans. The slow loss of sensation in my fingertips, a creeping clumsiness there, dropping berries…

We picked quite a few berries, gaining real appreciation for cranberry harvesting. In certain situations, the Native Americans and those after them would flood the bog so the berries would float, making them easier to find and scoop up out of the water.  We donated all but a couple of handfuls to a Veterans Thanksgiving dinner. 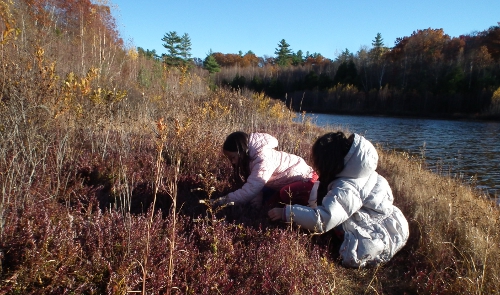 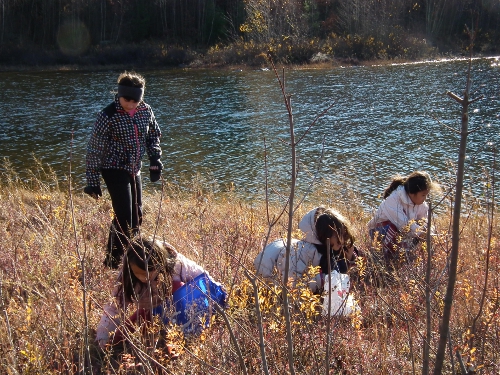 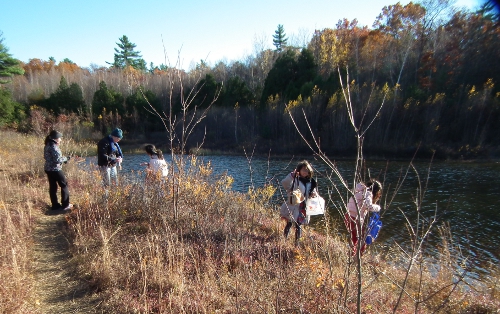 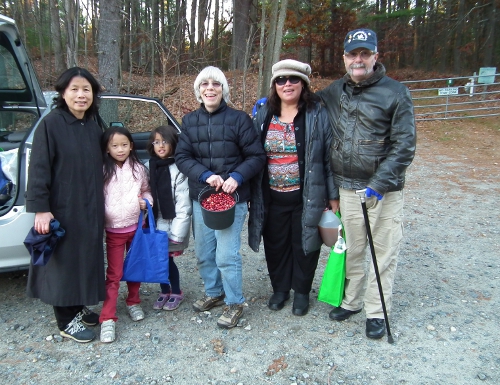 Look at those intrepid pickers and their harvest!

By then the sun was setting and we were all cold. Two of the girls had found the warmth in the car and wouldn’t come out for the picture. 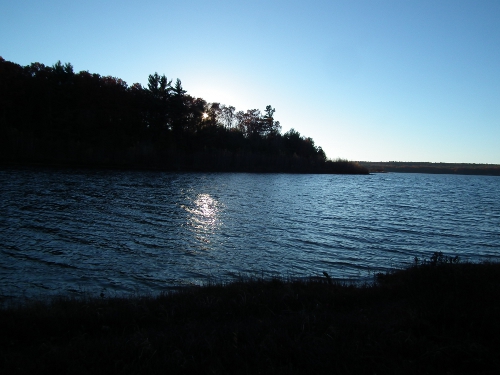