I remember singing along with Band Aid, “Do they know its Christmas time .” I must have sung this line, but I can’t remember realizing what it says, or anyone making a comment on it, either fellow-singers or popular media – being only thirteen in in 1984, I wasn’t clued into any other culture. The line:

Well tonight thank God it’s them instead of you

A friend sent me a link to the live webcam of the eagles of Berry College. Thrilled, I watched them on and off for a day, had them on my screen while I read or wrote (longhand). Saw the exchange between mates, the two fragile eggs, the snow come down, the wind ruffle their feathers, the night fall around the sphere of light cast on them by a spotlight. It was that that made me suddenly uncomfortable. It is infrared light, which eagles (birds and most mammals*) can’t see, so it shouldn’t bother them. If we were walking around the Berry College campus, also we can’t see that pool of light (we see it as light on the screen because the camera can see it and has transformed it). So, they can’t, we can’t, we’re good? But even so, doesn’t it affect other animals (nocturnal animals, mostly), plants and minerals, bacteria and fungi and the atmosphere around the eagles? It would seem so. We can’t just carve a piece out of nature like that, thinking it does no harm. They should turn off the light!

It was but a second to the next realization: I should stop watching them. It is wrong for me to use these creatures for my entertainment. Shame flooded me, I think I even blushed. I closed the screen.

From my window I could see, a couple of days ago before more fell, that the snow had melted away from the front of one of my hives, but that  the other one was still fully encased. One breathing, one dead. That’s 50.000 pairs of eyes gone from the world. 50.000 compound insect eyes, which are land and sky-eyes so unlike the vertebrate’s single-chambered eyes that developed in the ocean, fish-eyes. Each with  150 flickering ommatidia (and did you know that bee-eyes are hairy too?). 50.000 times 2 times 150. That’s  fifteen million reflections of the world. 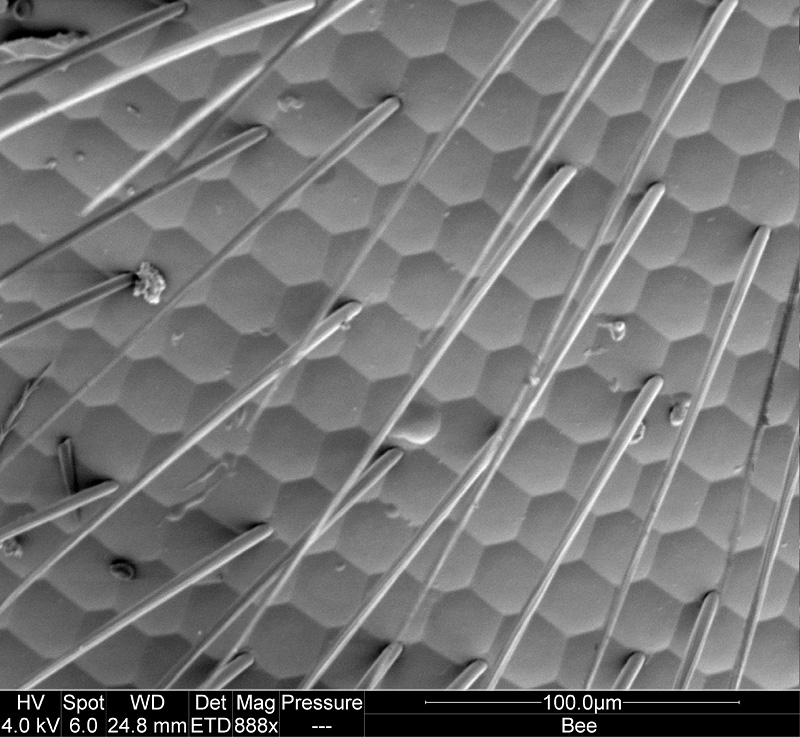