Bob is an elderly gentleman who is about to move out of my town after decades of living here. He also used to be a beekeeper, until about ten years ago. Now he was cleaning out his basement and wanted his bee equipment to be used instead of tossed. That’s where “the bee person” came in. That’s me.

I went to his house and it took me two trips with a fully loaded station wagon to take away what still seemed usable. Some of the boxes and frames we had to put aside, since there were too rotted away. But most of it was saved, including gallons and gallons of old honey. It still smells fine, but Bob couldn’t tell me what chemicals he used in the days of that honey, now 10 to 15 years old. I took it, and I’m still trying to decide what to do with it…

But here, in the meantime, is the stash, which is our beekeepers’ group’s treasure, not just mine.

The collection in my carport before sorting: 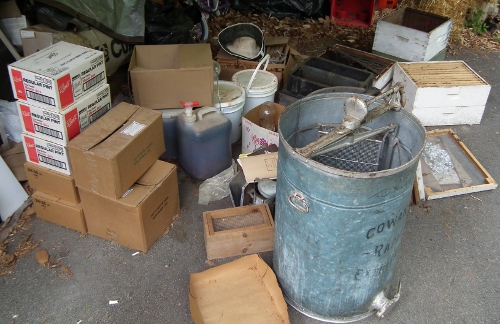 Three top feeders; all of it will need a thorough cleaning: 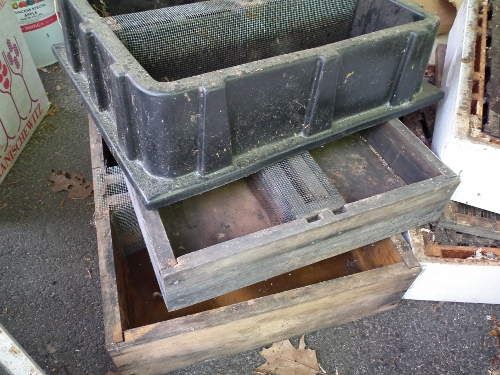 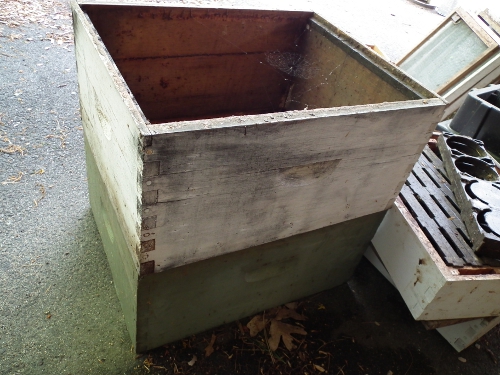 Two shallows with honey-in-comb-frames. Bob also gave us the containers to store them in: 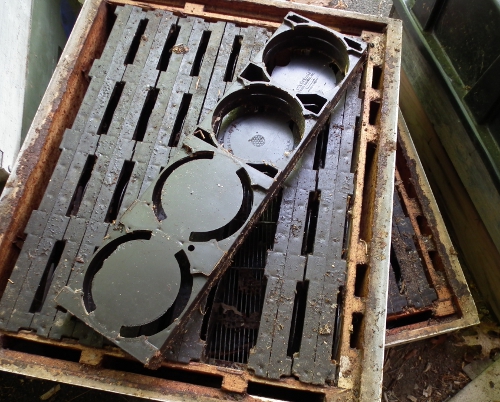 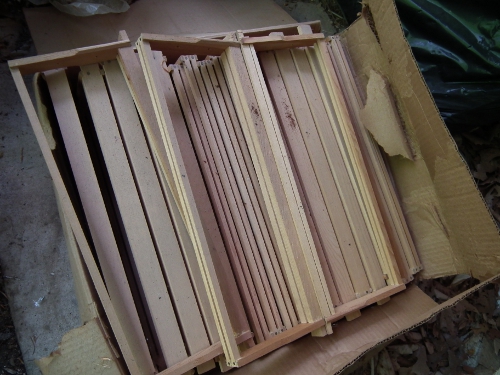 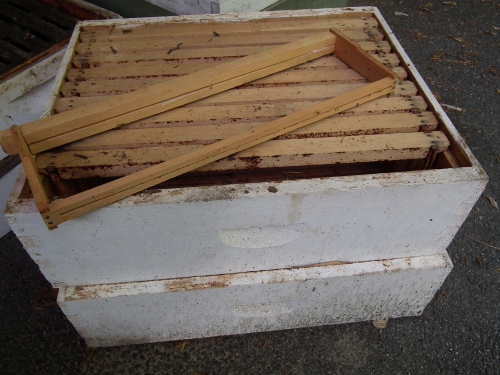 Four screened bottom boards, some with bee escapes built in: 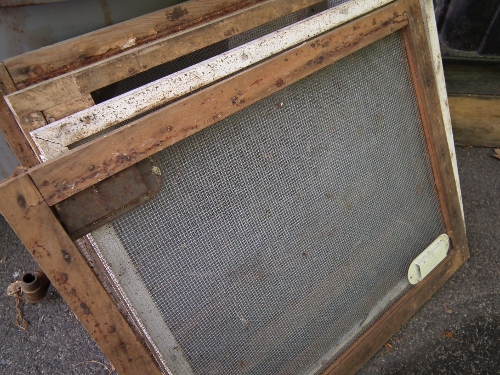 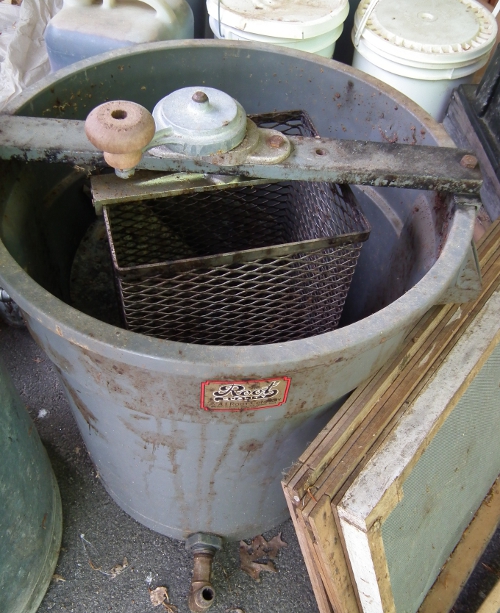 Antique metal extractor – I need to find out what the drum is made of:

Many good-sized chunks of wax (with regard to the dirty fingernail, scroll down one post): 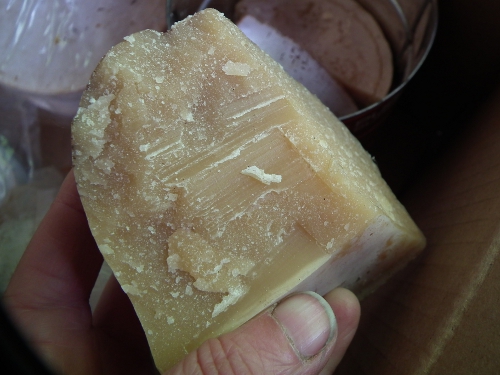 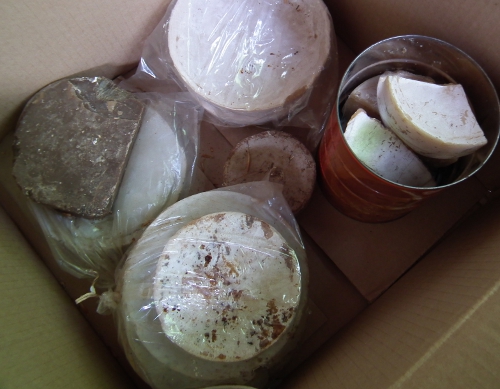 Bob even gave us three cartons of ball jars and two cartons of these plastic honey squeeze bottles: 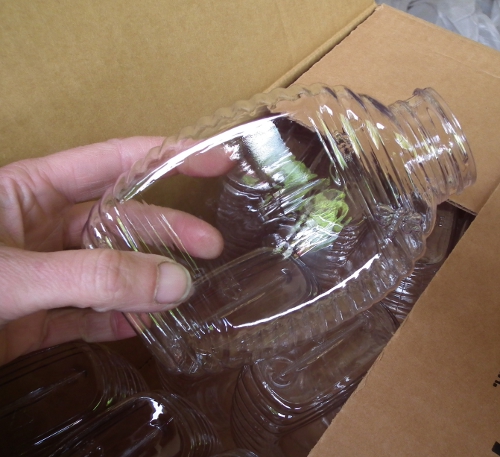 Gallons and gallons of old honey: 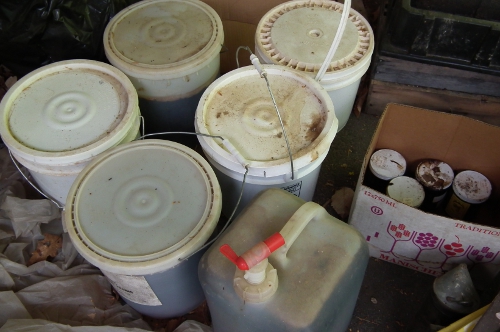