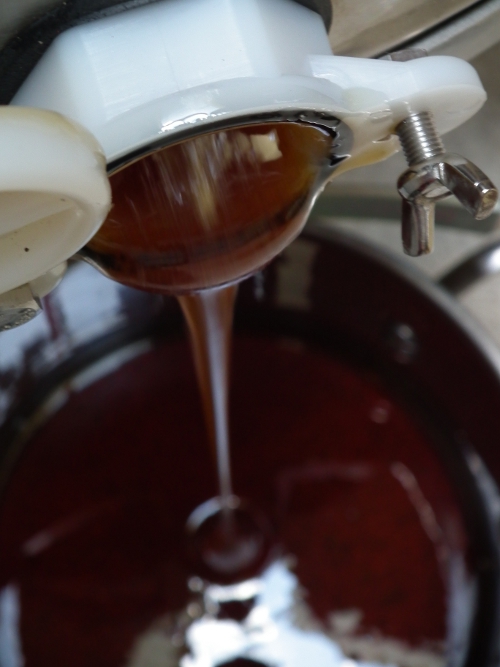 It’s been a roller coaster with my two hives. Good thing I expect that now!

They are both first-year packages, installed end of April. One has been so-so, with a queen laying very little in a spotty pattern, then nothing at all. When I couldn’t find her, I put in a frame of eggs from my other hive. Going by the open queen cells, it looked like they may have hatched a queen from those, but I couldn’t fin her or eggs (as yet). It was hot when I went in, and the bees got quite upset, so I had to close up. That hive hasn’t been strong enough to start on a super. A clear sign of that came when I put a super on with just extracted frames dripping with the honey: they cleaned it out and moved the drippings into the brood nest – which is also a nice service, thank you!

The other hive, well! Over a month ago I put a friend’s box with dripping frames on it and they started filling it up. So I pulled that and put on my own super and they filled that up in a week. I should have know and aggressively split them, but by the time we came back from Panama, it was clear they had swarmed. Then, yesterday, they swarmed again! That swarm is hanging out in the notch of a tree about 30 feet up, in the middle of a dense copse too. We’d need a crane to get those. What irony, especially since we’ve been craving swarms for the Haven project. But what excitement watching them swarm, with rooting by Amie and me for them to land on a nice, low branch. No dice. I put a swarm trap on my neighbor’s property, a small chance but the best I can do.

Today I went in to see if there is still a queen or any queen cells left in that hive. Usually, an afterswarm leaves with the new virgin queen or several virgin queens and can leave the origin queenless. I knew which frame had all the queen cells before and pulled just that one. There they were, three of them still intact. There is no more capped brood, so I hope the bees still left will hold out till the new queen ecloses, flies out to mate, returns, lays eggs and those eggs hatch. Hopefully the new queen will have the best of her mom’s genes, and give me more honey come fall.

Yesterday I pulled the full super off that strong hive – easier to rob when there aren’t 70.000 bees protecting it – and honey extracting being a party, friends came over to help me extract over three gallons of bright Spring honey (I didn’t weigh it, but there were eight full frames which I’d estimate made about 38 pounds) 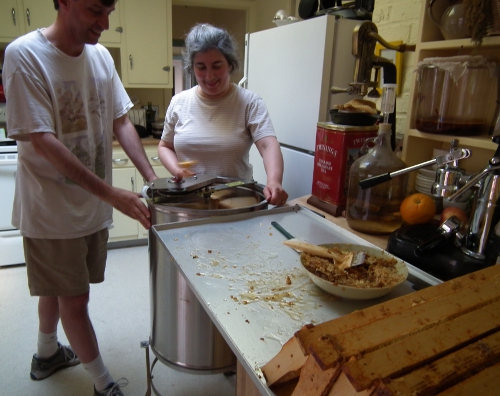 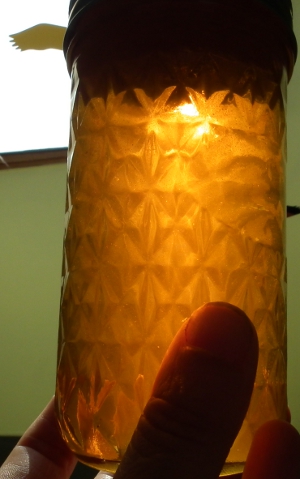 Then we extracted the frames from the winter-killed hives. These are frames with half capped honey, crystallized honey, and dead bees, so not honey I would eat, give away or sell. So I will make mead with it.

Lastly, a month or so ago Amie did her first hive inspection with my friend Tom. 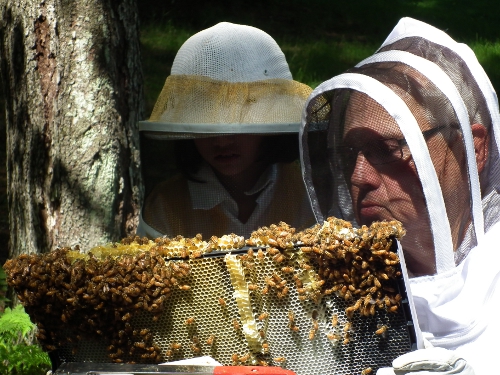