Yesterday we built the rocket stove extension to our earth oven. The idea is to keep on pumping in heat after the fire in the oven has burned down to coals and you rake it aside to start cooking, and also to have more control over the temperature.

For the bottom part we just did what the Pragmatic Stoic did. Our only adjustment was an old grate that we had lying around instead of flashing. 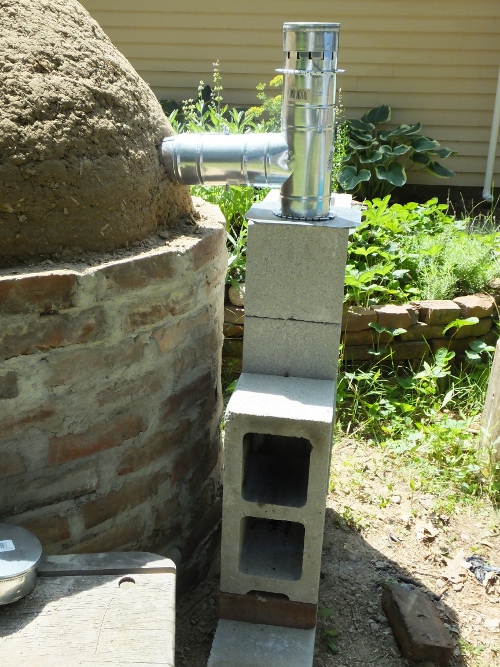 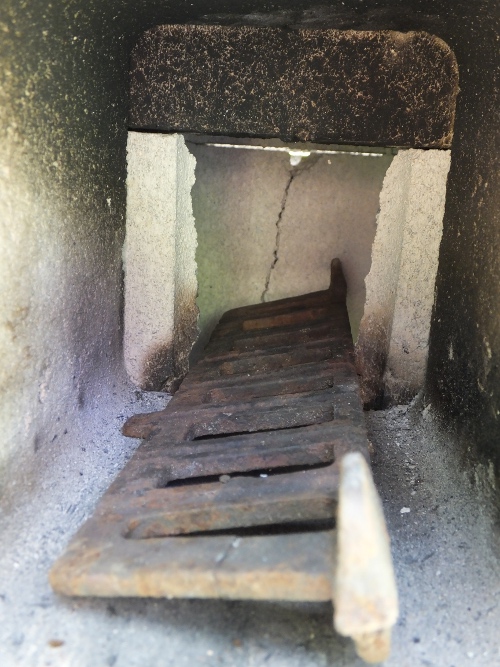 Setup is gloriously fast: not counting our “Home Depot date,” where we had fun putting the chimney puzzle together, it took us fifteen minutes. And it was relatively cheap: cinder blocks go for $1.50 a piece, and all the chimney pieces came to about $30.

The cinder block part of the stove involves an open block, which they didn’t have at the Depot. So DH showed off his karate chop: 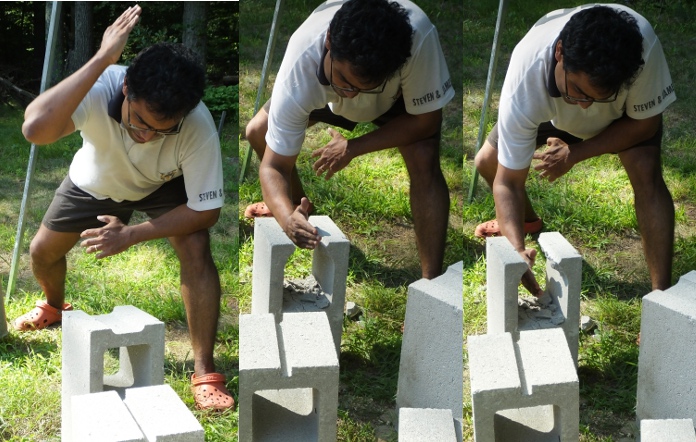 What do you think about that! 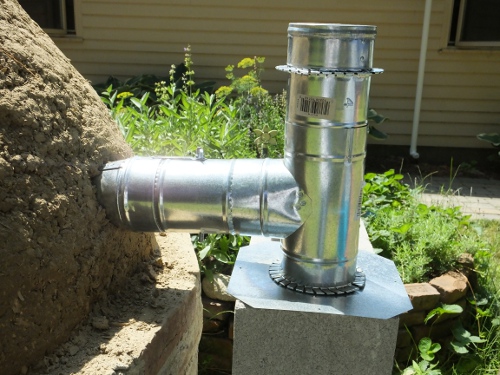 The top of the chimney has an inbuilt flue, which allows us to control the draft, and also to vent the first ashy smoke so it doesn’t go into the earth oven. It only takes a minute or so, though, to start burning really clean. 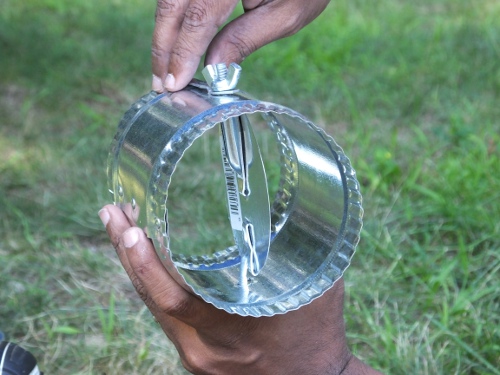 Once we’ve played around with it and see that it really does the job, we’ll include it in the third, decorative envelope of the oven. This will make the stove tighter as well as insulate it, giving it more oomph.

Then I lit the fire – I’m the fire starter and keeper in the family. It only takes sticks, burns hot, clean and fast, and unlike the earth oven fire, which uses larger pieces of wood, it needs to be fed constantly. 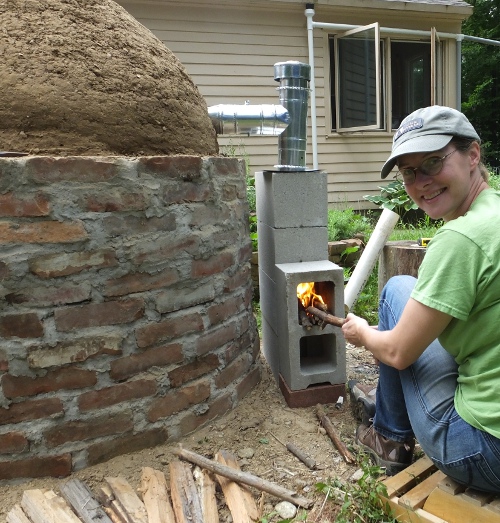 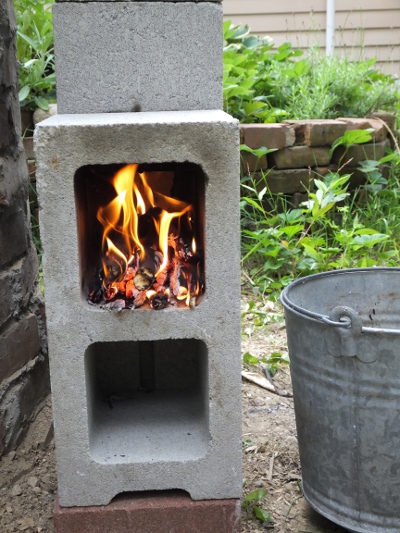 We played with the draft, opening and closing the flue, putting the lid on the chimney. While getting the hang of it the heat did some more drying out of the earth oven, which is still pretty wet. For that reason, we also lit a a fire in the oven. The difference between the blast-off rocket stove fire and the ponderous Jabba earth oven is amazing.

This short fire brought the top inside wall temp up to 800 F. There was a marked difference between the south side, which is much drier, and the north side wall, which is still visibly wet. Anyway, a lot more drying is needed, and tomorrow we’ll make another fire. We have pizza materials on hand.

Amie during all this time had fun with her aunt, who was visiting. They harvested the abundant cherry tomatoes. 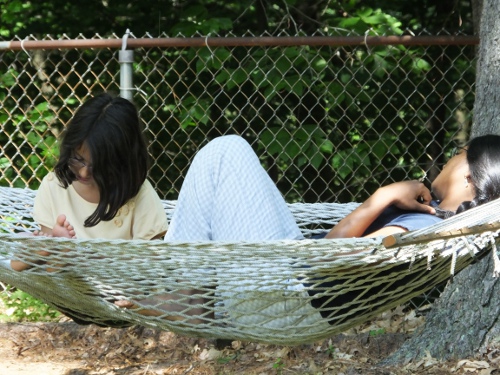 They also lazed in the hammock. Look at those toes! 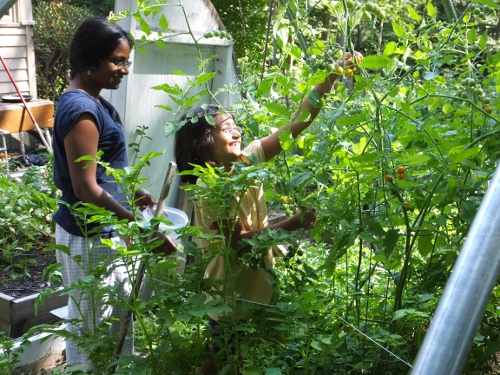