Today, I wore my Green Team cap and handed out kale chips in my local elementary school’s lunchroom. I had mixed the kale with lots of olive oil and salt and pepper and dehydrated the leaves at 110F overnight (10 hours). They were cri-ispy! A big bunch of kale shrank to just about enough to give every kid a taste. 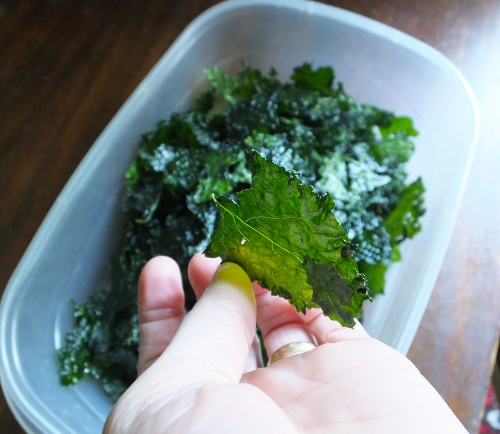 I like taking the kids out to the gardens, and even helping them with recycling at lunch, but serving them the food that grew in their school garden is the best. Interesting too. At the school they sit at round tables, about eight kids a table. I visited each, offered, and maybe one kid would raise their hand. You know that kale, no matter how crispy and oily, is *green*. The horror! And some don’t know what kale is. But the one kid would take it and eat it and say it’s good and want more, and – hop – all the hands would shoot up. 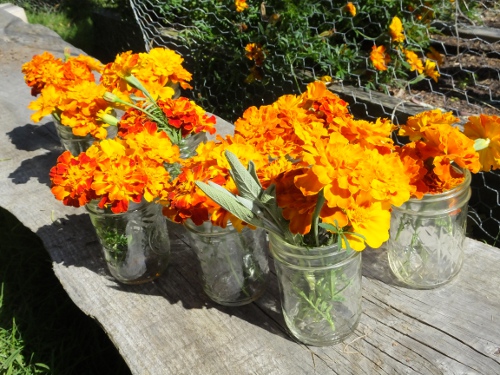 Each table also got a ball jar with marigolds from the garden, and my fellow parent volunteer distributed the other veggies from the garden – rainbow carrots, tomatoes, broccoli, and herbs harvested by the first and second graders. Two hours and five grades later, all this was gone! 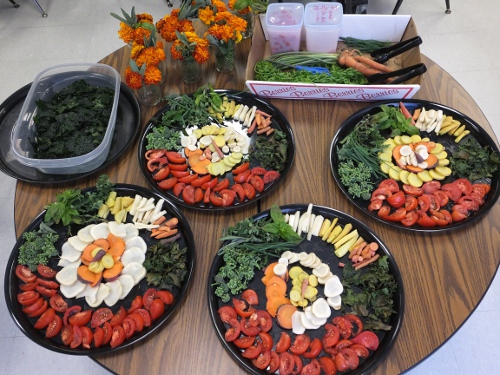