It has been a while, hasn’t it? A lot has happened and all of it soon overwhelmed my ability to write about any of it at all. Thus I was already struggling in April, when I wrote my last blog post. On the one hand, I seemed to be writing about the same things as I did last year, and the year before. On the other, the big things that were going on were either too big or too new, or as yet too unclear, or all of those, to capture into words. When one writes something down prematurely, it becomes too much of a definite thing, too much of a promise, than it really is. I’d like to write about these now, though. This post could be a stopgap, a Bung Puller (in the meaning of Ursula K. Le Guin), and an apologia (in the Greek sense), or at the very least a chronological list of what happened, for my own reference, later, when I hopefully get to do all of it justice.

In April Amie and I were still homeschooling and having a blast with it, addressing all the issues we had had with her public schooling, and more. One of my best friends, locally, Rebecca and I had successfully launched the All Things Mortal program under the umbrella of our group, Transition Wayland. We had organized a â€œReclaiming the Care of Our Deadâ€ workshop on home funerals and a Death Cafe (which we dubbed â€œCake and Grave Mattersâ€ since no one in our town would rent us a room if we stuck to the original title). We were planning a Death Film Festival, a talk on Green Burial, and more. Another big one were our efforts for a screening of Griefwalker, the film about Stephen Jenkinson, with Stephen there for a Q&A and a book signing of his new book, Die Wise, in August. Rebecca and I also attended Stephen’s Orphan Wisdom School for five days in April. Last but not least, we (Rebecca, Amie, DH and myself) were thinking, out loud by now, about a project we called â€œNeighborwoods,â€ which involved selling our houses and moving together to one (larger) house on an 8-acre plot, here in Wayland, the beginning of an intentional community or, as we liked to call it, a village.

Homeschool, All Things Mortal, Orphan Wisdom, Die Wise, Neighborwoods, all this was happily fermenting that Spring in the vat of daily life, with concerts, new bees, seedlings springing up in the basement… Then one day in mid May Rebecca was rushed to the hospital and diagnosed with a Stage Four inoperable brain tumor. In the next few days while she still had clarity, she expressed and advocated for her wish for non-intervention, for good dying at home, for a home funeral, and for a green burial. Suddenly all the theory and talk about dying and death came home, hard, and had to be put into practice. And not just dying and death, but elderhood too, and village-making.

I visited every day â€“ and have done so, mostly, since then â€“ taking care of lots and helping all of Rebecca’s local friends to help in the Work. There is so much to write about those acts of friendship: all of us making rhubarb jam in Rebecca’s kitchen/living room when she had already gone a good way away from us but could still celebrate our presence, building her coffin to her specifications (plain white pine, local, and no metal), weeding her garden together, innumerable grocery shopping trips and immeasurable conversations, with her, and among each other. Our joy and grief in this work were (and still are) a true lesson, a treasure.

So much of our work â€œbeforeâ€ had been about death and dying, so it comes as no surprise that much of it continued, though in its changed form. The only things we (and by that I mean I, since Rebecca soon lost the ability to make decisions) effectively canceled was the Die Wise event, as it was a Big One and I couldn’t conceive of doing all the promotion by myself while also giving so much of my time to Rebecca’s care. As for All Things Mortal, I shelved the Film Festival and the next Death Cafe, but of course the public work of changing the culture with respect to dying and death continued as we planned the first home funeral in our town, which necessitated coordinating with curious and (fortunately) open-minded town officials (police, Board of Health, Town Clerk, and cemetery directors).

Rebecca had also made me promise to continue doing our very best on the Neighborwoods project. She had loved it so, the prospect of growing old (she is 69) and dying and maybe even being buried in such a village! In her later confusion she often told people she was moving there soon, as if it was already a reality, as if it was not too late for her, and we rejoiced with her. This too is part of our Orphan Wisdom, now put to the test and into practice.

I return for the fourth and last session of my Orphan Wisdom class in September. It will be without Rebecca.

Meanwhile the vat of daily life in which all this bubbles away does not yield much. Homeschool concluded a little unconventionally as I brought Amie (and her math books) along to the ER and various hospitals. Music has been a mainstay. Amie played some beautiful classical concerts and also picked up some Irish Jigs and Reels which got her introduced, via our Farmers Market, to a group of older gentlemen who play Civil War time music: she is now their cellist. She also had her first guitar lesson. Best of all is that she played one of my favorite pieces, the PreludeÂ of Bach’s first cello suite, for my birthday. The new bees arrived, were hived, and thrived so that we had a lot of honey in July. Amie got two “Fancy” mice for pets – one died of fright during a massive hail storm: here we were having so much fun and excitement with that storm, and look! It was very sad. The garden received all the seedlings that had grown up in the basement, but nothing much else, and the drought â€“ broken only by hail and thunder storms â€“ does not help, so I also won’t have much of a Fall Garden. Our house has been full up with my parents-in-law and soon my parents will join the mix. In a little over a week the new school year starts: we’ve enrolled Amie in an online public school which looks promising: a flexible curriculum, a lot of parental input. I’ve struggled off and on, in the wee hours after researching condominium schemes and cluster housing, with my new novel, a dystopian science fiction affair already too massive and unruly for its own (or my) good. 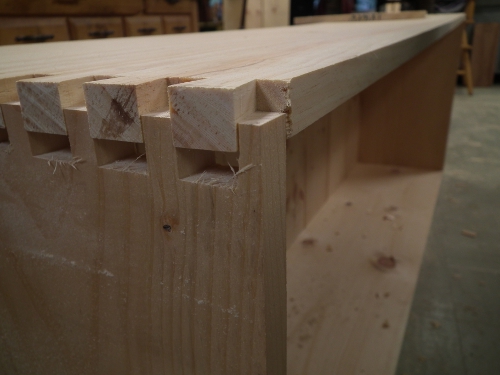