Over the weekend we visited Walden Pond. As I had hoped, it was frozen over. The Ranger told me the ice measured only 4 inches, and that it wasn’t safe to walk on – it being a very deep pond (102 feet). Nonetheless, there were quite a few people on the ice. We just braved the first couple of yards near the beach. Like the Ranger said: nothing had happened yet, but you could be the first to fall through. No thanks! 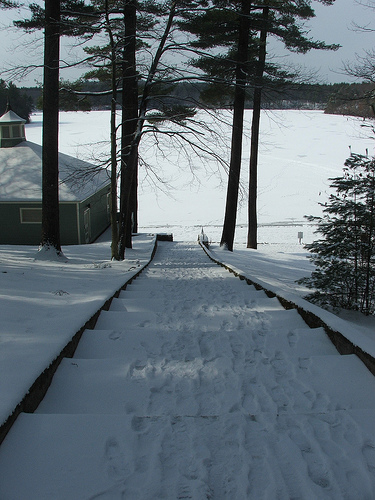 As we approached we asked Amie where all the water had gone! She knew from reading Stella, Queen of the Snow.

We walked on it, tested the hardness, and made tracks in the snow. Listened to the frogs sleeping underneath the ice. She was all for walking across to the other side, and it took some persuading to get her off again. 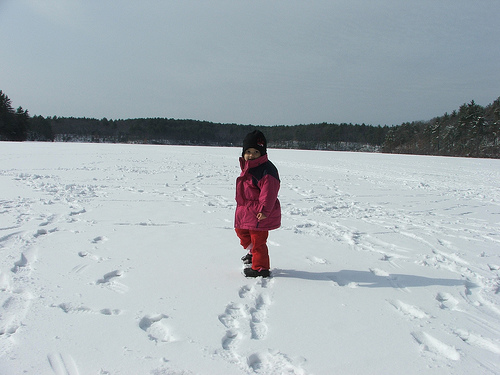 We also spotted deer tracks in the snow, and compared their to those of our tracks, explaining the difference by how our feet and shoes are shaped differently.

Lastly we visited the mock-up of Thoreau’s house and shook the bronze statue’s hand (very cold). Amie asked again, as she usually does when we visit Walden Pond:

– But where did Henry go?