Amie has always been interested in recognizing letters, and she has been able to write her name for many months, but it was more an exercise in memory than real writing. She can analyze the first and the last sounds in a word, but not the ones in between yet, unless it is an easy word like “Mama”. Yesterday we were drawing with chalk on our driveway when, she spontaneously wrote out “Mama”. 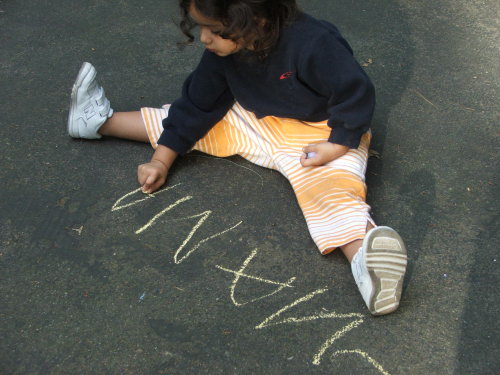 Then she asked to learn more letters. I taught her the easier ones: from E she can make L and F, for instance. The most difficult one was B,which she wanted because she wanted to write “Boo” (her favorite character from “Monsters, Inc.”). She turned B into a stick with two circles. Then I asked her to write “Moo” too, and she did: 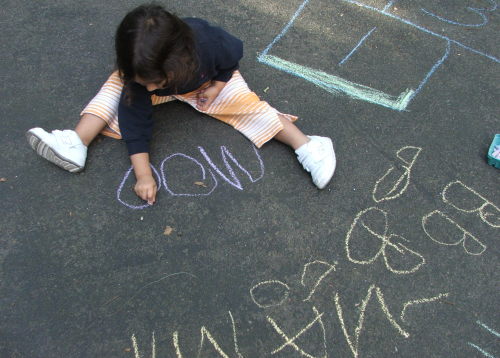 She also wanted to write “Pig”. P was easy after B, but the G was too difficult, so I shower her the small g. This was her first attempt: 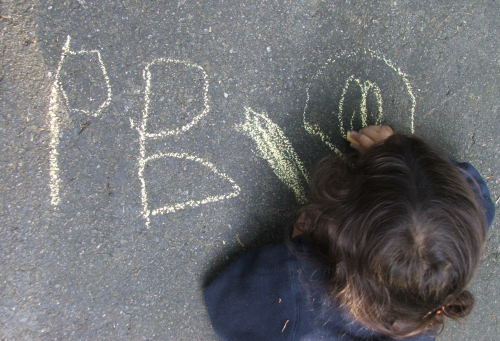 Then the next attempt: 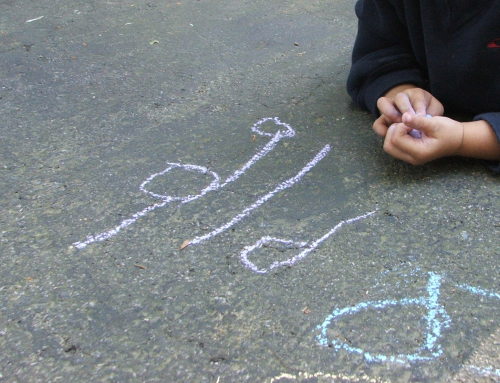 I know I’m not being consistent with the large and small case letters, and that really one should start children off on the small case ones. But that’s how writing develops in the organic (chaotic) context of our home. But she’ll be starting preschool on the eighth. She’ll be going to a Montessori school, so I’m relieved there will be some professional help with her new enthusiasm.

She also drew this: 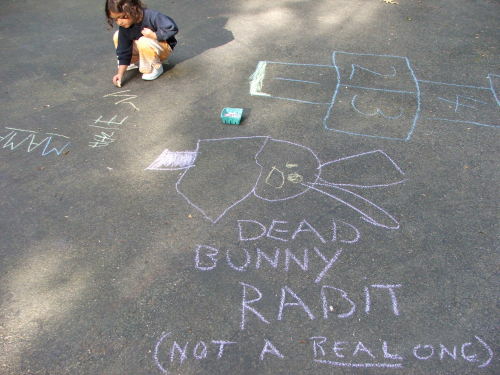 Yes, it really isÂ  a “dead bunny rabbit [oops, my misspelling], not a real one!”