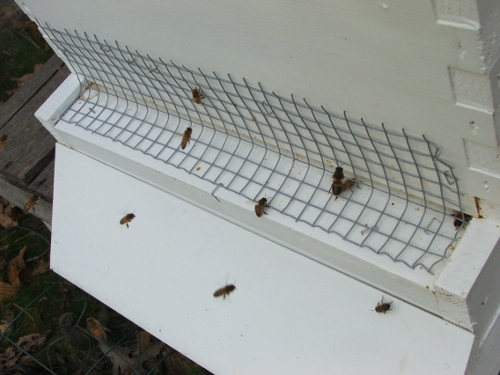 I did a last inspection today – 69 F, no wind, no rain, just lovely. The bees were foraging, so it was safe to open up the hive without risk of chilling the bees. They were quite defensive, and did not take kindly to my stapling my home made mouse guard to their front entrance. 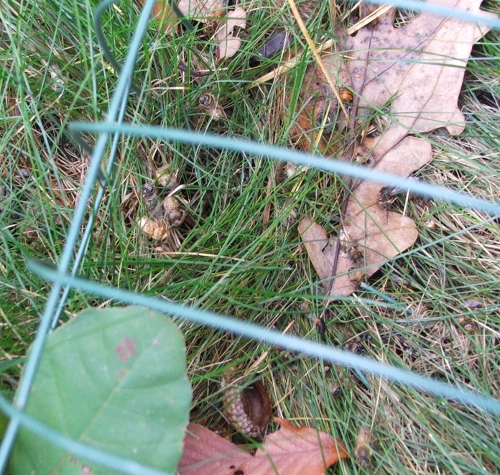 There were some huge drones, really fat, big ones. Many of them were on the ground in front of the hive, dead. At this time the worker bees evict the drones from the colony, and they pull the undeveloped drone larvae and pupae from their cells and throw them out. Drones are useless in this particular season. The ones alive now will only eat through their stores in no time (being bigger), and their lifespan won’t carry them into Spring, when they have to perform their one function: mate with a queen. The colony will start rearing new brood, and new drones, after the winter solstice. It’s not a good time to be a drone at this time!

There is not much to be done about the hive anymore.

All I will be able to do during the winter is make sure that snow doesn’t cover the entrance, and wait. And build extra hive boxes and frames, so I can make a split in Spring, or a nuc, or catch a swarm… I really want that second hive!