Yesterday was a bee kind of day for me. I write “kind of” because I didn’t actually get to work with bees, but almost the entire day was related to them.

In the morning Katharina and I (accompanied by her two so well-behaved, understanding-beyond-their-age youngest daughters) met at the deCordova Museum. Our mission was to entice the bees, most of whom were still stuck in the transfer device (since Tuesday), to move into the Haven. 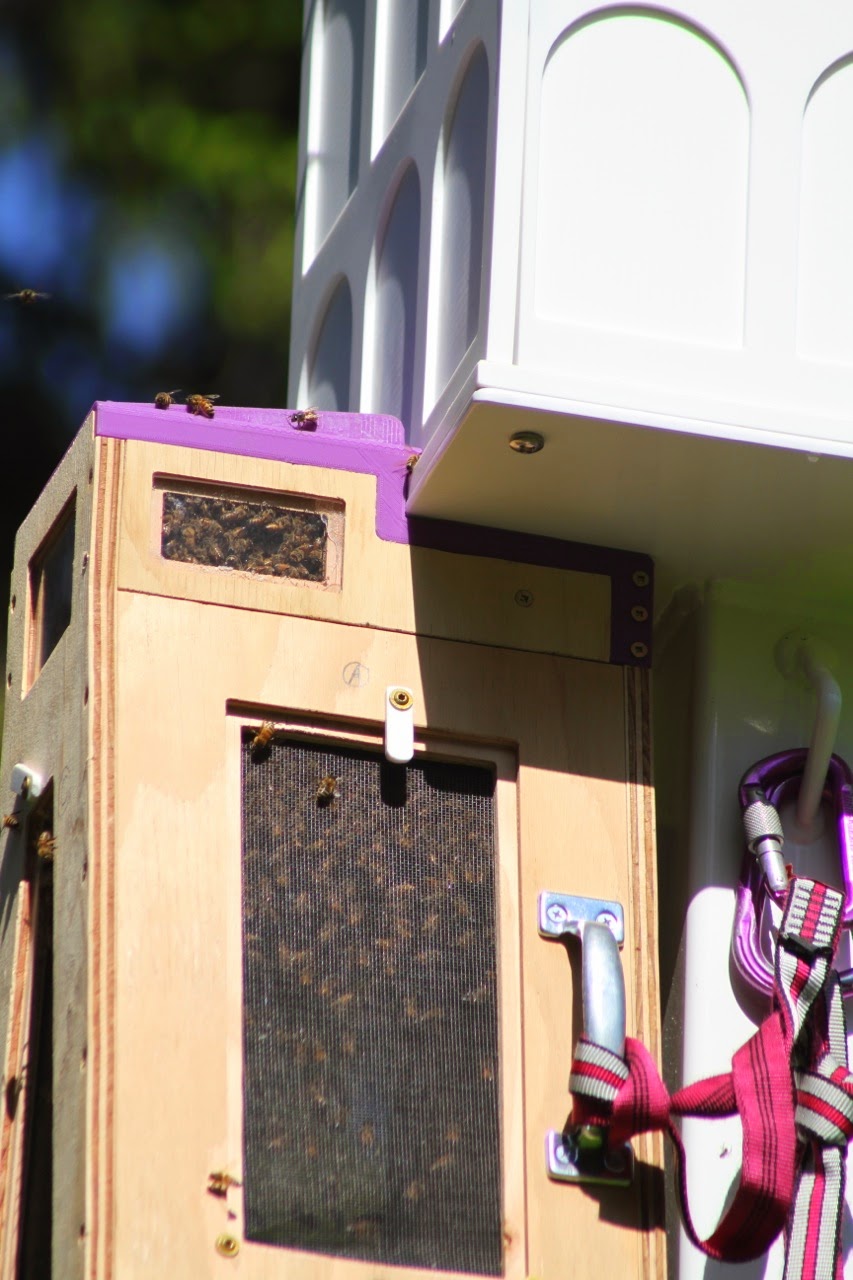 Katharina – who also blogged this too – climbed up the ladder and squirted some honey and lemongrass essential oil into the top entrance of the Haven. 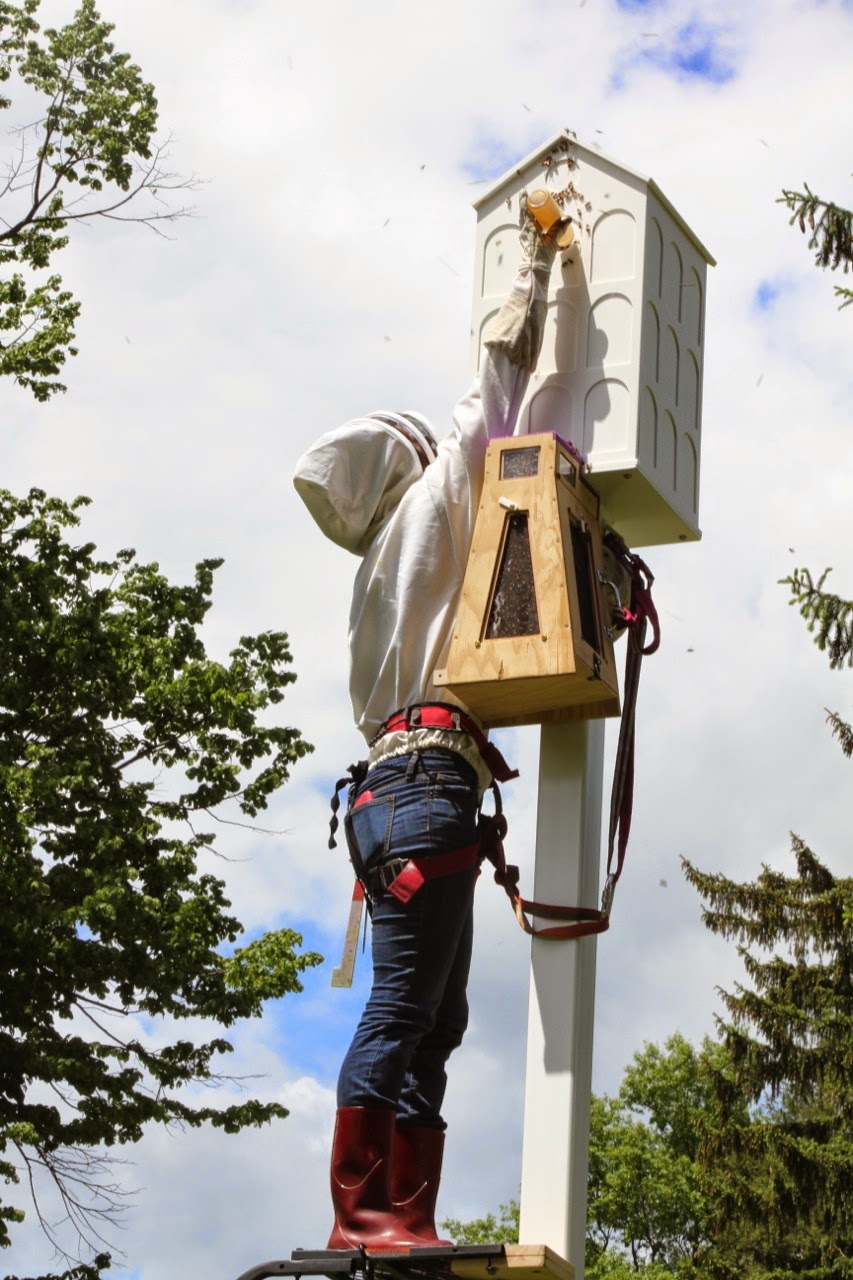 Nothing happened. Then she smoked the bees. 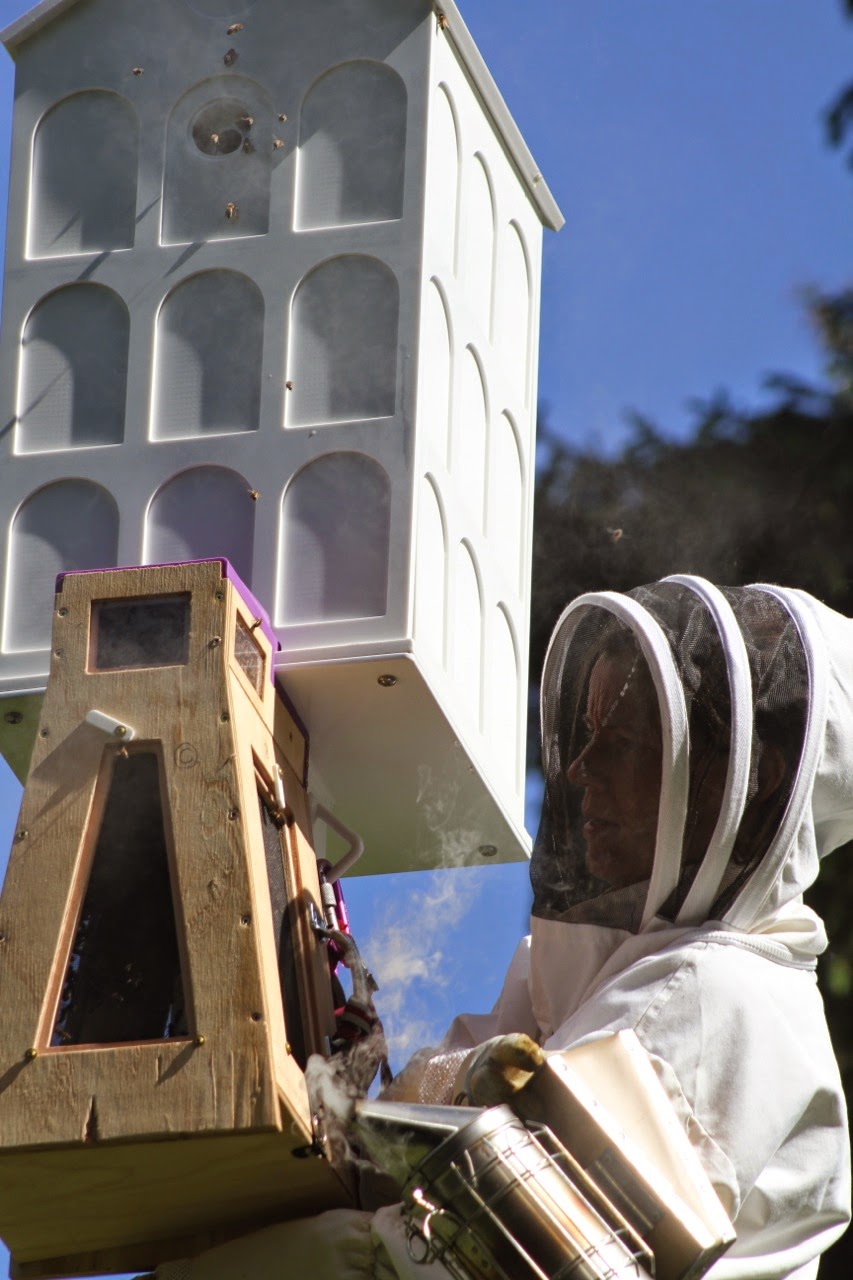 No change. I snapped pictures and stood by with my smoker, wickedly smoking that glorious-scented sumac berry smoke.

Then the four of us got in the car and drove to Tyngsboro to buy some more bee equipment and chat with our bee mentor Rick, who always has a good bee yarn. Once he was at the Topsfield Fair and a couple of teenage girls asked him: so what’s the difference between a drone and a worker bee? Rick answered: “It’s the difference between you and me.” “You mean young and old?” was the reply. He laughed saying he had asked for that one! As we pulled out of his driveway, hundreds of free nursery bees who were taking care of fifty caged queens in a cardboard box on the wall, billowed out. Rick came out, smiling. “They do that every day,” he said with such fondness for these bees. “They swarm but the queens don’t follow, so in half an hour they’ll all be back.” We also met a bee removal carpenter who showed us his nifty home-made bee vac. Never a dull moment!

We drove straight back to deCordova. Still no change. Katharina had been on the phone consulting with Jarrett, the artist, and others, trying to find a solution. If these bees were stuck in the transfer device, they’d surely perish. Jarrett then suggested Katharina climb up there and pry off the small panel on top.

So, the smoker was lit again, the school groups at the museum settled down on the lawns to watch, and Katharina climbed up, but not before I “blessed” her with smoke, thinking it might keep the bees off her if they got angry. But when she got the panel off, the expected riot didn’t happen. The bees slowly walked out and up the Haven front face to the top hole. 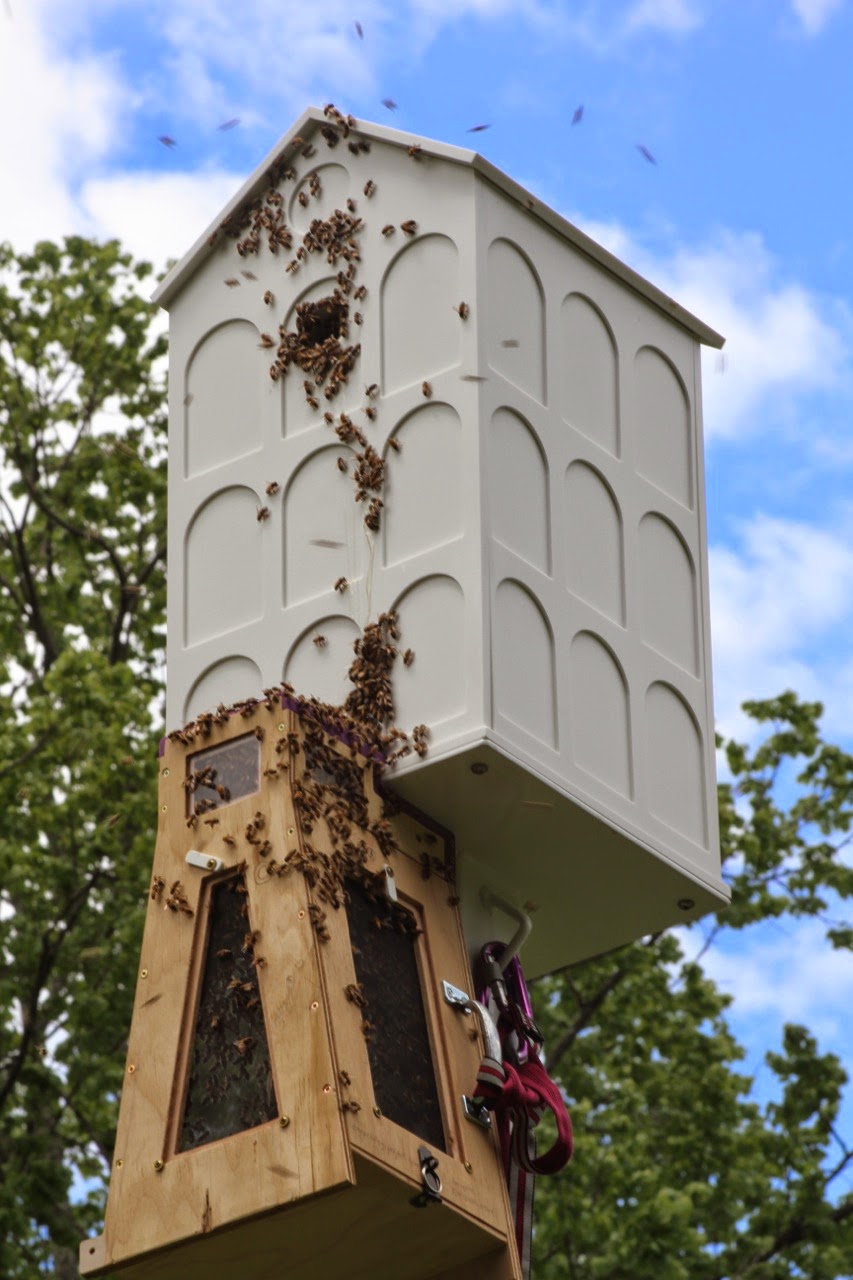 By evening they had all climbed in. We’ll return tomorrow to take the transfer device off so we can examine it for signs of what might have happened, and (if it seems okay) to fix it so we can use if for the next swarm. Swarm season, so rumor has it, has begun!