This is one of my favorite times of the year: the first harvests are coming in. For greens, we are eating kale, lettuce, chard and good king Henry, New Zealand spinach, mache, minutina, and celery. All the herbs – parsley, rosemary, sage, etc. are ready. The malabar spinach is almost ready and it’s a lovely climber that is colonizing the trelises that the unfortunate peas never climbed (we had only a pound or so, the bunnies ate the rest). The potatoes – from organic potatoes I bought at the supermarket – are growing like weeds. So are the tomato vines. No ripe tomatoes yet, though.

I’ve also started putting up. Yesterday I made a pile of basil from my garden, our CSA and the Farmers Market and made 8 jars of pesto (to freeze). I assembled rhubarb from the garden with some from the Farmers Market and red currants from a friend’s garden and canned 8 jars of rhubarb-red currant preserves. I’m tasting the white currants in my garden every day to get them when they’re just ripe. There are also grapes growing, lots of them, but those will take longer. If all the little nubbin figs on our one remaining tree make it, we’ll have twenty or so figs.

The chickens are laying four eggs a day. And there are four of them. Toothless, who got injured and started limping, then getting pecked on even more ruthlessly, went for a spa at my friend Katharina’s place while we were away. I didn’t want my intrepid chicken sitters to have to deal with a bloody, or worse, chicken. Toothless has her own little coop there to relax and recover.

Tomorrow I plan to go into my hives and take a full super off the strongest one (which swarmed during the week we were away!). I almost fell over when I lifted it off: full of honey! I’ll add a new super to that one and also one to the less strong hive. Both hives are making new queens.

Speaking of honey. I am enjoying the raspberry melomel I made a little over a year ago. It is mellow and tasty and not too alcoholic. 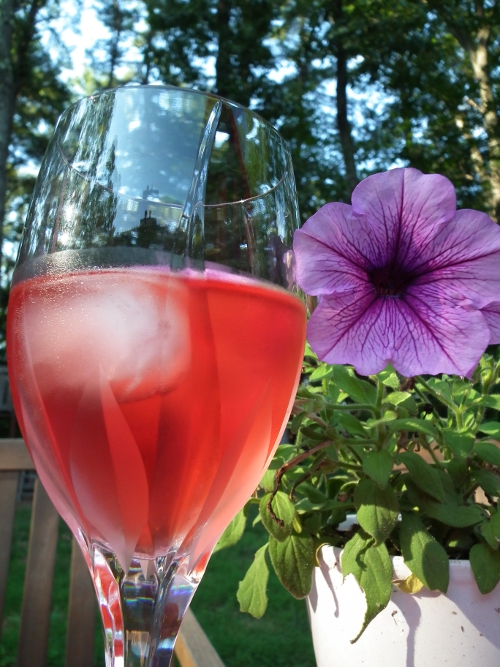 But where were we all last week? Hanging out with this crazy bunch… 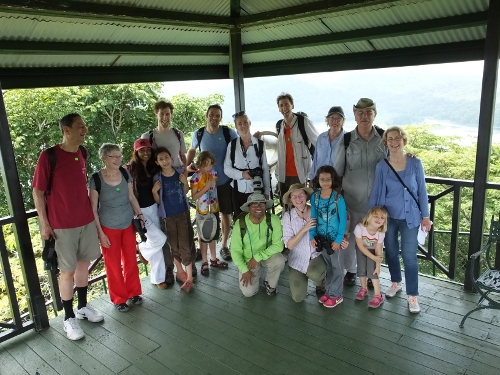 … in the rain forest of Panama! 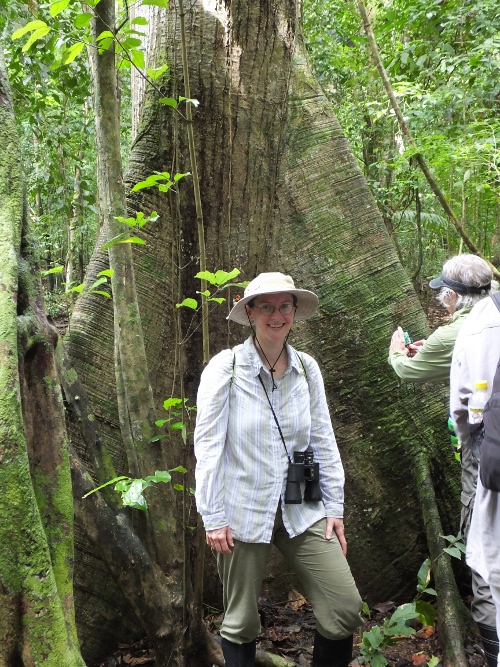 More about that in some other post. I need to go water the garden, because it’s dry here.