Amie and I spent the whole day at the Museum of Fine Arts in Boston. They had special kids’ activities – crafting, a scavenger hunt, a Chinese lion dance demonstration – for the holiday week. We took our time, sauntering from one activity to the other, taking frequent snack breaks, only stopping at those art works that caught her eye.

Here Amie is sketching a ceramic horse. She was very careful about the knees – one of which had to be lengthened so the horse could “nibble at it” as in the original. I love the way she drew the saddle. 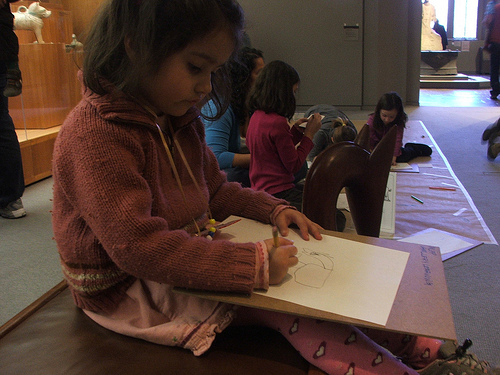 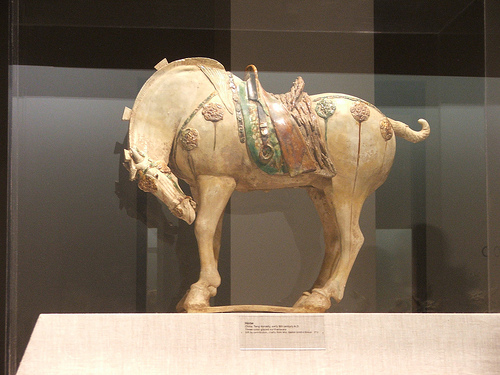 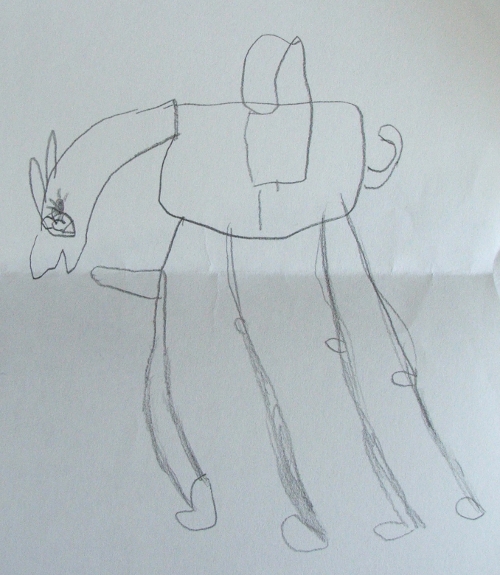 Here we plonked down in front of one of the Melendez still lives. We first looked at all of them and she chose the cauliflower. We discussed the painting, how one thing is in front of the other, but when she started drawing she started left to right, the metal flask first (notice the line of light), then the pewter bowl. Then she found she had too little room for the cauliflower, but that was okay since she doesn’t like cauliflower anyway. The large brown blotch on top is actually the background, which she says she’ll fill in “later” (not going to happen). 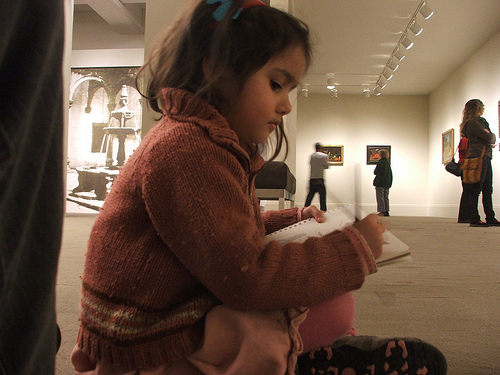 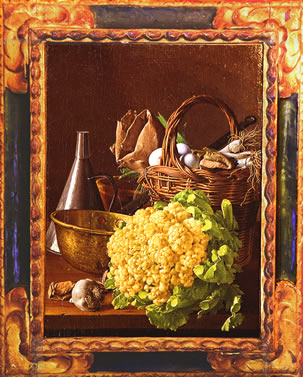 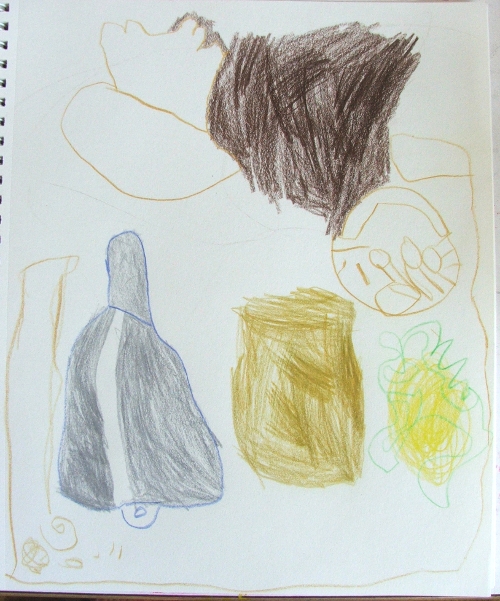 One of the tasks in the scavenger hunt was sketching this Babylonian lion with the help of a grid. That grid really threw her off. 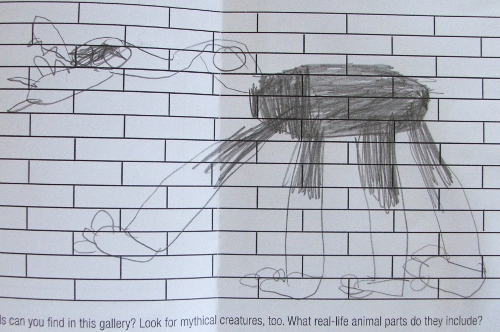 In the same room we found the oldest art work in the museum: a vessel in the shape of a hare from neolithic times. She was intrigued by its age and insisted on drawing it and annotating the drawing. For its age, I asked to write 8 first, then add a 0, another one, and another one. “It is so old it is very delicate and you can’t reach through the glass to reach it” (sigh of relief from Mama here) “and because it is so old it is also very tired.” 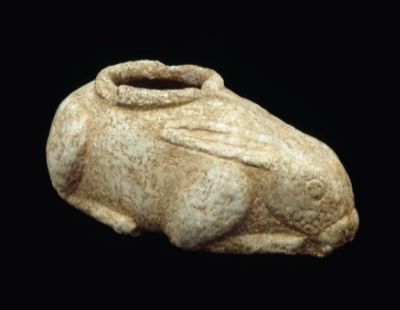 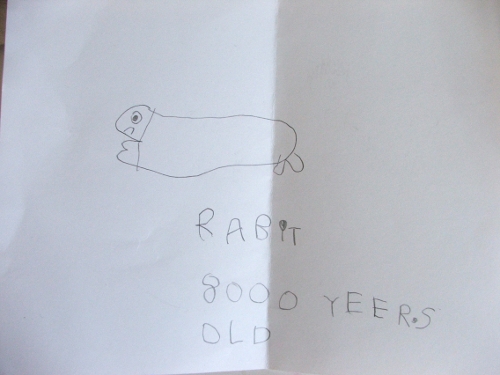 We kept the Create a Creature with clay for last. I’m afraid Mama had to get her hands dirty as well: she had to make that turtle. 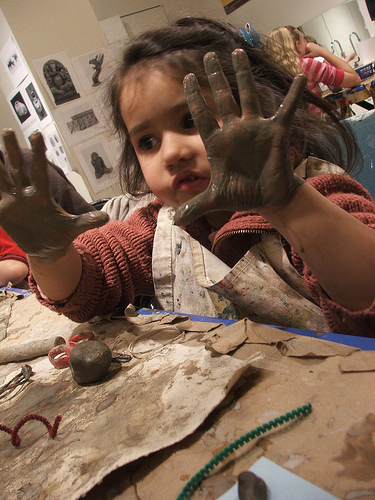