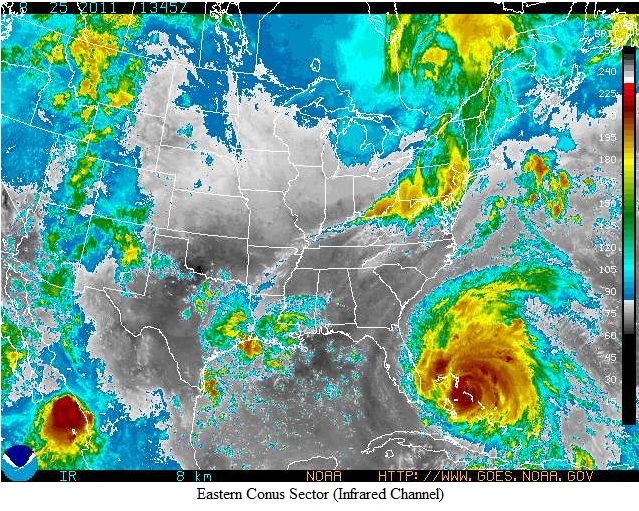 So that flaming ball of churning energy is probably heading for us, driving wind, heavy rain and the threat of tornadoes ahead of it. We hardly felt the weather that spawned the tornadoes that destroyed Springfield and Monson, not too far from here, in western Massachusetts, in June. But that doesn’t mean it will spare us again.

As I wedge heavy rocks between the garden beds and the long plank that holds down the cover of the hoop house, set a rock on the beehive and Â bring the potted trees inside, as well as anything else that I can imagine flying off, I think of McKibben’s line, about Eaarth, Â where “theÂ wind blows harder; more rain falls; the sea rises.” Yes, that’s here.

So check out Â the people getting arrested in front of the White House because they’re speaking out against the Tar Sands Pipeline, putting their freedom on the line for a planet that is teetering on the edge. Be with them, if only in your thoughts. Eaarth is bad. Â But if can get a lot worse if we don’t do something.