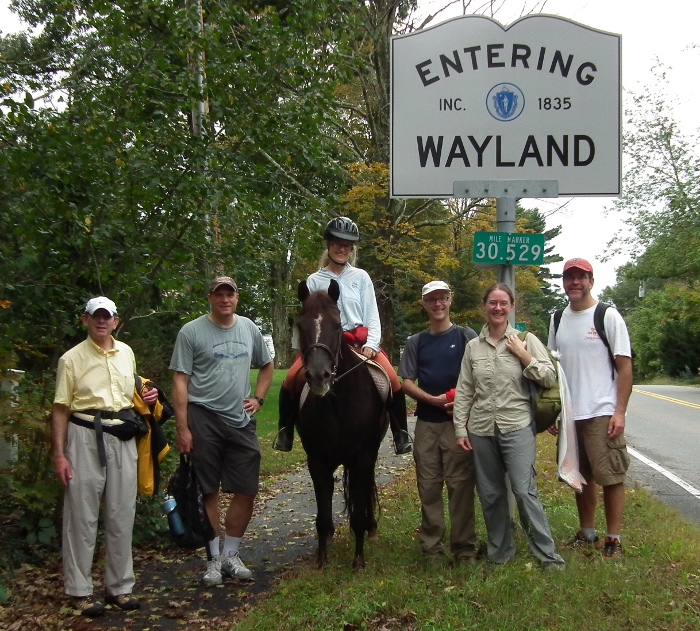 On the Walk to Walden, 7 humans and 1 horse. As we walked in the humid, mosquito-filled 80F weather, through Wayland, Lincoln and Concord, more joined. By the time we reached there were about 20 of us, and at Walden Pond we met up with about 20 more for our “Thoreau moment” with 2 speakers. Read all about this part of the day in the Â Wayland Patch. 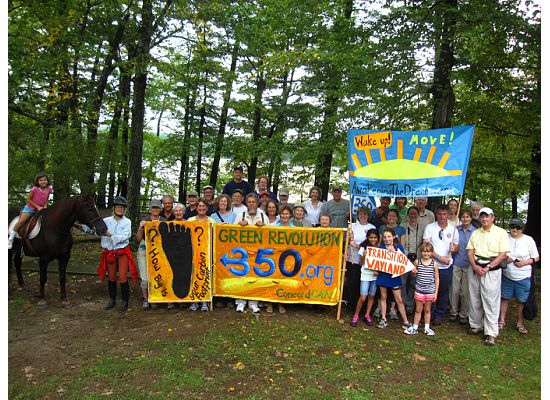 Then we high-tailed it to the Concord train station, where we just about caught the train into Boston for Moving Planet – New England. How many were there? Hard to tell. One radio station said 1000, but I’d say more, 1500 perhaps. We could count the heads on the mass picture they took at some point. 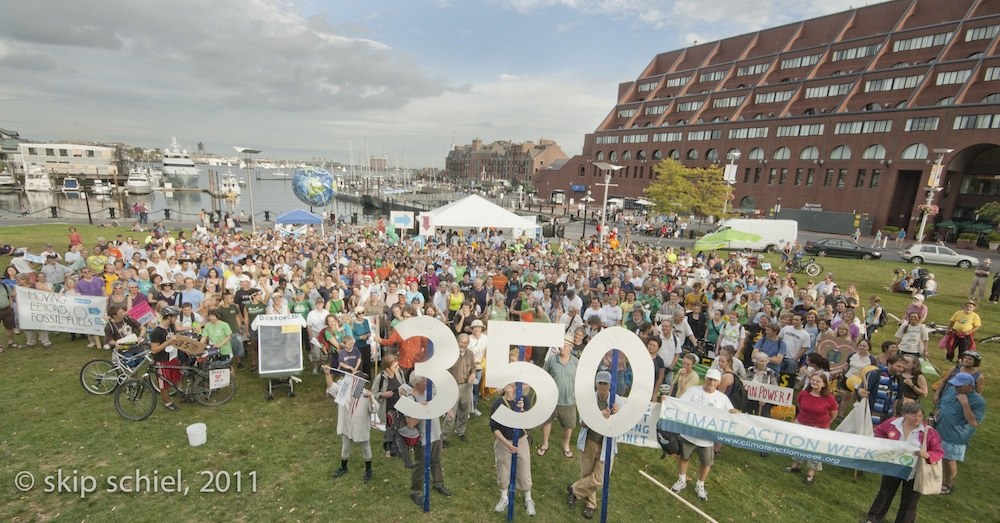 We had a great time, sauntering, chatting, listening to our speakers, dashing for the train, relaxing and networking during the train ride, marching through Boston chanting and laughing, meeting old and new friends, listening to the funny and moving speakers at the event. Â I came home exhausted, limping, voice as good as gone. It was wonderful, we had been part of an event that took place in my own town and all over the world.

The day after, someone who had not gone to any of the events told to me “how disappointing it was” that not more people had showed up. Several things struck me about this statement.

Second, I thought I was disappointed but the more I think about it, I realize I’m not. I even have a hard time actually figuring out why I should be. I saw many people from my town there, some I had invited, some came as a surprise. True,Â I missed some friends who had done their best and couldn’t make it, but I wasn’t disappointed that they weren’t there: they had helped and were there in spirit. They cared. And then there were those who were there: all of us understanding and supporting each other. Tens, thousands of us!

Third, what does it mean when someone who doesn’t care, says that “it was disappointing”? Â Is she really saying, “Only a 1000, it couldn’t have been that important, so it was okay for me not to be there”? Or even “this movement isn’t big enough for me to care about yet”?

We are the people we are waiting for!

The moment is now.

I’m struggling with all this.

I look forward to reading Frances Moore-Lappe’s new book Ecomind with Â Transition Wayland. Its subtitle is Changing the Way We Think, to Create the World We Want.

Solutions to global crises are within reach… Our challenge is to free ourselves from self-defeating thought traps so we can bring these solutions to life.

I hope it delivers! I need some answers, soon!