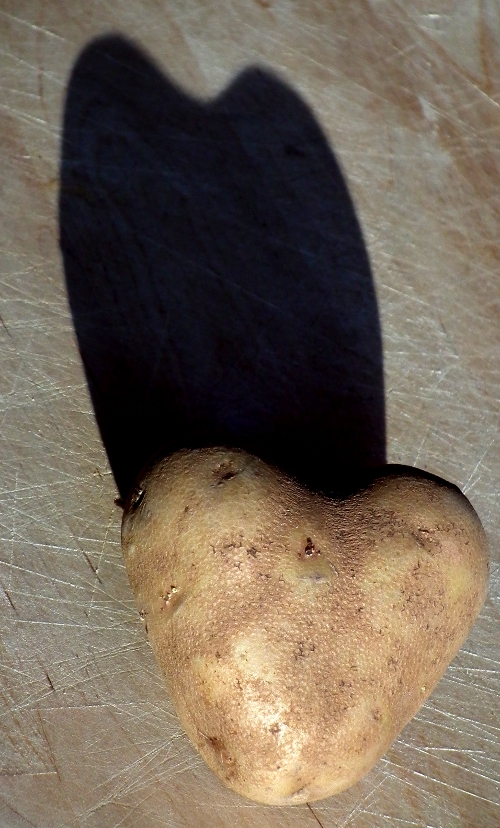 Ah, it’s 2 degrees out, but bright and sunny and in between running out to swap out the chickens’ frozen water I am dreaming of the garden. My goal for 2013 is to do more work on the homestead, because I realized what an opportunity we have here, to build a place that is a model of resilience. This it can only be if it is integrated into the community, and that it can only be if I doÂ do a better job of balancing my community work and my role as a homesteader.

One important facet of the integration of my garden into the wider context is its place in the food shed. Our 2012 CSA just ended, and we have to wait until March 20, when our new,Â 48-week farm shareÂ startsÂ (atÂ Siena Farms). I want to grow food here with that in mind. The CSA box Â is always packed with lettuces, tomatoes, eggplant, peppers, squashes and fennel, more than a family of three needs. But it is low on some favorite foods, proteins and carbs, and has no fruits. Those will be mine to grow then! But first…

I shamefully admit that the failure of much of my garden and especially the tomatoes and peppers in my hoop house last year was due to my neglect in watering. It is especially shameful because we had a small irrigation system sitting in the shed. All we had to do was assemble it and hook it up. This year we’ll invest in more tubing as well as in the 275 gallon ICB toters that I have been meaning to buy. The idea is to irrigate the entire vegetable garden, the elder, currant and gooseberry bushes in the back, as well as all the new plants, bushes and trees that are going in. Two additional parts of the water catchment system will be swales and a pond with an overflow.

I also need to put in a good water solution for my bees. Some of my neighbors had too many winged visitors to their bird baths.

The chicken wire fence we put around the veg garden needs to be replaced with a fence that is stabler (read: posts sunk in properly), higher and sturdier (needs food growing on it). This fence could be more chicken wire or it could be something natural – only we don’t have enough materials here on the property to do that… I would love to learn how to build a brick or stone wall – preferably brick, for trapping the sun’s heat.

I can’t tell you how happy I am with my chickens. Â The four hens are still laying three eggs a day, on average. What more could I ask for? Two more hens, of course! The idea is to add two new chickens every day and in year three to start culling two. We”ll also up the learning curve and the fun by hatching our own as of now. Extra eggs will be used for bartering with friends and neighbors.

Seems like the only reason I go to the grocery store nowadays is milk. It hurts to have to buy it in plastic jugs too. Two tiny goats would do it. I’ve got room for them. DH is warming to the idea, but I doubt it’ll happen in 2013. Still, doesn’t hurt to research.

We have always wanted to put in a pond to catch the significant run-off from our roof after the rain barrels have filled, and because the presence of water is soothing and inspiring. But ponds can also mean FOOD: edible water plants and fish, of course. This year we’ll work on putting the pond in and establishing Â the plants, getting the hang of that, and researching fish for 2014.

The CSA is short on some of the foods I really love, like potatoes. Once in a while there are some fingerlings, but never enough for a family of three that includes one potato-lover. So I,Â the Integrated Homesteader,Â might make the radical decision Â to grow NO TOMATOES, ONLY POTATOES. Due to them being the same family andÂ sharing the same very bad Â blights, it’s not a good idea to grow both of them in a small garden anyway.Â Also entirelyÂ missing in the box are dry beans and drying peas. I’ll grow many of those.

As for grains, I’d like to grow corn again. I tried it last year but they went in too late. Nevertheless they are very interesting plants to grow. Maybe a bed or two of corn would be a worthy experiment? As for other grains, like wheat, I know we don’t have the space, though I could possibly plant a whole patch in our town’s Community Gardens?

I have that wonderful hoop house and have as yet to really utilize it to have grow outside of the season. Task one: add doors! Then, grow cold weather crops – lettuce, spinach, and even plant some peas in there. Â Outside the hoop house I’m planning a big crop of Â fava beans and peas.Â As for Fall, thanks to my CSA, I’m no longer afraid of parsnips and turnips. I love them roasted or mashed and they are such good keepers. I also want to give carrots another go, as well as the brassicas (broccoli especially).

Some veggies that will make a comeback: LOTS of Â escarole (for cannellini bean and escarole soup),Â tromboncino squashÂ (which is turning out to be a great keeper),Â our favoriteÂ haricots verts, celery, chard, and perhaps 2013 will be the year I conquer spinach.

But this year I mainly want to make work of fruits. Grocery shopping is for milk and fruits (I buy local and in season as much as possible): that is just a clear indication of what we need to grow here. Also, mostÂ of my canning is of fruit: jams, jellies, sauces. Last season’s blueberry jam and peach butter, apple sauce and peaches-in-syrup are finished already. Time to start doing something about this.

We already have lots of berry bushes in the ground Â – hundreds of strawberries gone wild all over, 5 gooseberries, 4 elders, 5 red and 5 white currants, 1 highbush blueberry, 1 jostaberry, Â 2 serviceberries, 4 roses (for rosehips), 6 grapes. But almost none of them are doing well. The currants, elders and gooseberries in the back need more water and are defoliated every year by I-don’t-know-what. Even last year, when I covered them in remay, they were eaten. This will be their third Fall in my garden and I feel it needs to be a good one for them to survive. All the other bushes – along with the witch hazel -Â will need to be moved to better spots, yet to be determined. I also need to find way to protect them from defoliators and chipmunks stealing all of the harvest.

The sour cherry tree has not grown very much since it moved in. It needs a good pruning and a guild around it (around all of them, really), with 90% nitrogen fixers and dynamic accumulators.Â I have four hazels, two of which are doing marvelous, two of them not so (need moving), and each year all of them get defoliated as well. The raspberries can stay put in their patch, but need pruning. Â (I got this pruning book, by the way).Â My two female kiwis are going absolutely berserk. No flowers or Â fruits yet, but any year now. They very much need pruning! Â The male kiwi, however, which is needed to pollinate the females, needs to be moved to a better spot and also given a planter.Â The grapes too need to be pruned, moved and trained.Â In pots I have two figs, which will need pruning, and two paw paws, which can be transplanted into the garden.

Once we’ve cleared the last of the downed tree trunks for firewood, we will have a lot of room for more trees and berries. That was our promise: for every tree we took down, we’d plant another one. I am also going to devote some beds where veggies won’t grow for fruit trees and bushes. I might buy and plant some of these this year ((*) in the list), though for some others the timing probably won’t be right and we’ll take a year, first, to work on the clearing and the soil first and then plant in 2014. So far, my general shopping list is for:

2 peaches: north side of veg gardenÂ (*)

I’d also like to start learning the craft of taking whips, cuttings, and grafting.

So far, I was never able to grow sunflowers, for munching seed and seed butter. Chipmunks would behead them even before they flowered, let alone made seed. This year, though, I want to try again, maybe put some protection around them. I have a lot of perennial medicinal flowers going already, some of which (in the large medicinal herb bed up front) I’ll have to move, cut and divide. I want to add more pollinator flowers for my bees.

Trees for firewood and tools (coppicing)

I’m also starting to research trees for coppicing for stake and other materials, including hardwood for tool handles. I’ve been recommended the black locust, mulberry and hickory: all hard and fast growing. They also burn really hot, and firewood too is on our minds. If we are careful and the climate cooperates (cough!), we have enough fuel (firewood and two tanks of oil) for three years. We’ll need to do more clearing up front to plant the larger orchard and the biomass trees, and that might give us another year worth of wood…

If we’re going to make this place work as a model of resilience, abundance of food, life both human and other, we’re going to have to spend more time outside. Â Hence the recent obsession with the Pattern Language for redesigning the front of the house on top of the hill. One of the larger parts of this project that we want to accomplish is the extension of our front balcony, about which in a later post.