Having discovered that two of the three colonies have died over the winter, I dismantled them to have a closer look at the cause. For Hive 2 my first assessment that there were next to no dead bees in it was correct. I counted 55. Here is one frame that was a good tip-off: 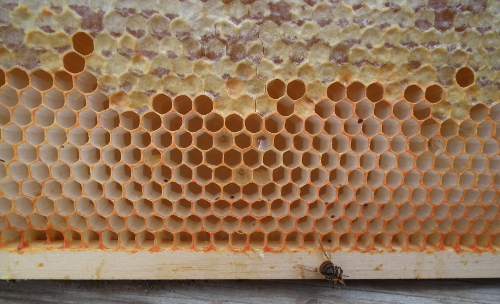 See those black specks in the bottom cells: dead varroa mites. This colony probably collapsed due to what our bee inspector calls “Varroa Mite Syndrome”.Â Varroa Destructor has been identified as one of the factors in colony collapse. I treated in the Fall, but possibly too late.

The second dead hive, the one that was supposed to go into its fourth year, perished due to starvation. There were many dead bees on the screened bottom board, and I could easily locate the remnants of the cluster, all the way in a top corner, far away from any honey. There was a lot of honey, but not close enough to the cluster. 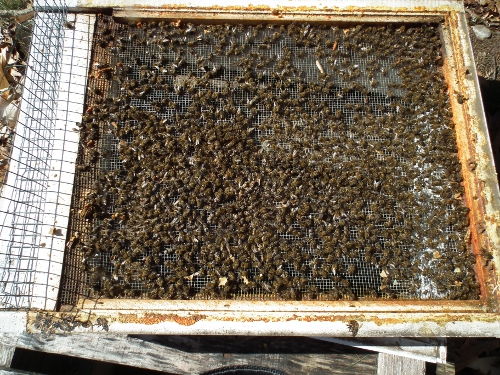 I put all the good honey and pollen frames from the two dead hives on top of the surviving hive (after reversing its brood boxes: the brood was all in the top box). That colony should have plenty to eat now. The frames that were half filled out or that didn’t look too good (oozing, sweating honey, a grayish tint to the wax) I put in another box in front of the surviving hive, figuring the bees can distinguish what is good and what isn’t and will rob out the former – which they did. 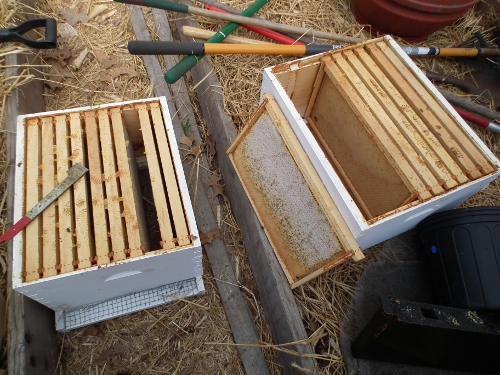 Secondly, I had four brood boxes to clean. And boy, do they need cleaning, especially those that have done service for three years now. The bees have glued propolis and wax all over the rim on which you hang the frames. Removing, replacing and especially sliding frames along these rims becomes near to impossible with so much gunk around. The frames too got a good scraping. 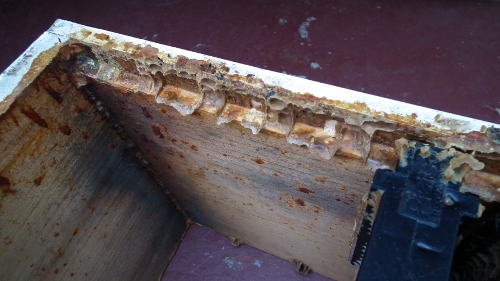 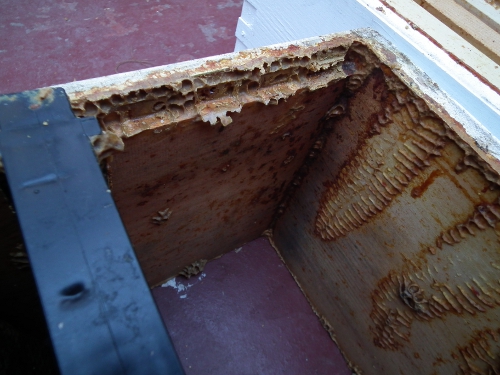 In other news I also sowed the medicinal seeds that had been stratified in the freezer, plus those that needed scarifying. Ouch! In the end I found a way that was quicker but no less hard on the index fingertip. The seeds that need “vigorous scoring” I left for another time.