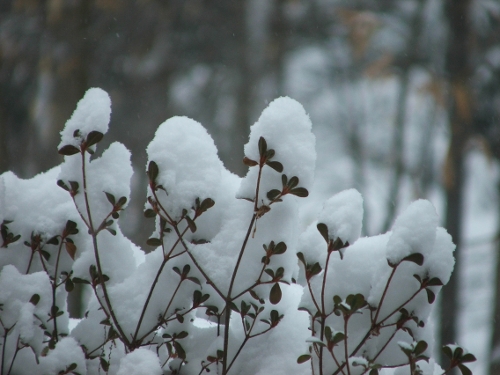 Yuck! I have one flat with green algae coating the surface. It started with one small spot and the next day it was all over. It shouldn’t harm the seeds directly, but it may smother them. The causes were (1) over-watering (beginner’s mistake), (2) the fact that the potting soil I’ve been using compacts too much when watered, (3) poor air circulation. Solutions: (1) take dome off quicker, (2) add more vermiculite to the starter and (3) add a fan to the setup. I might lose the eggplant, celery and onion (which I sowed too thinly anyway), but at least I learned quickly! I’ll resow these soon.

One of our three compost bins – the black Earth Machine that absorbs the eastern sun every morning – came back to life: it’s hovering around 70F. Soon the psychrophiles will make room for the mesophiles, which will heat things up to 100F, when the thermophiles can take over for a couple days. Then the earthworms will migrate into the heap. The other two heaps are still frozen, like bricks.

Talking of heat: we’re enjoying another blizzard. Just when most of the snowÂ  had finally cleared, 15 inches of new white fluff came tumbling out of the sky – it’s still coming down. It’s beautiful and soft, but so winter isn’t done yet. I’ll be heading out to shovel our driveway soon.

School was canceled and so was my pottery class. Amie made a boat: 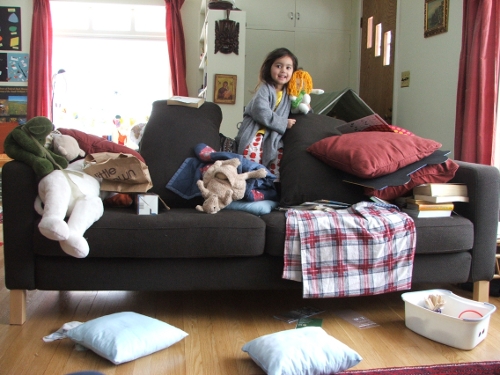