Our co-houser was very interested in pruning the house of “suckers” – appliances and battery chargers and the like that suck electricity even though they’re not in use. He was pulling them all over the place – especially the microwave, which is mostly my fault. He got so into it he devised a game: 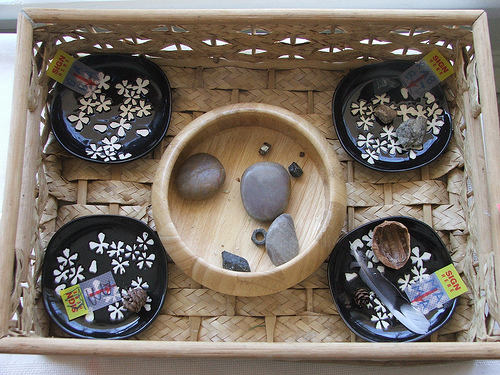 Each member of the household gets a little plate. Each time he or she spots a sucker, he or she gets an object from the central pot – if you spot something you left sucking, you get nothing, but so does anyone else (either does no one else?). The first person to collect five objects gets to chose who will cook her or him a meal of her (or his) choice. Amie was the first to get one!

The other game we’re playing a lot is Max, the cooperative game I wrote about earlier. It is a great game to teach Amie about both strategy and the concept of “luck”. She now understands that Max needs to eat too, and not just treats (which recall Max to his porch when he gets too close to the little forest creatures). Still, that doesn’t stop her apprehension when the fate of the little bird or mouse hangs in the balance: 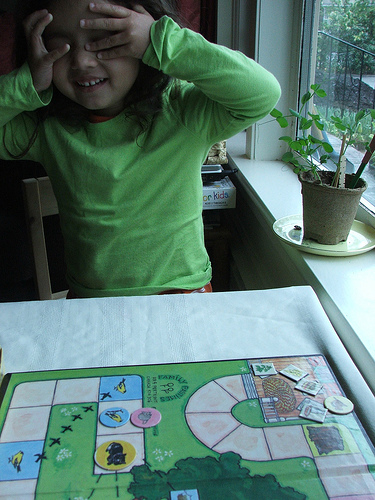 In this particular game all three creatures got eaten. Afterwards Amie decided to make extra treats for Max (the game has only four: after that the creatures are fair game). She made at least twenty little cards with drawings of catnip and milk, and also grapes, worms, and donuts! I’ll have to explain that Max will get too fat…