My grandfather passed away a few weeks ago, after a prolonged illness. Again I couldn’t be in Belgium for the funeral, nor could I fly over to see him during those three weeks that he was in the hospital. But I did call him at the hospital every other day. Usually the conversation was very brief, because he was short of breath, or tired, and because he dislikes the telephone.

But our last conversation, the day before he died, was longer. He asked how the garden went, and could I email pictures of it to my dad, who could then bring them on his laptop. My grandfather was a gardener too – the only gardener in my family , in fact, till I took up this crazy business, recently. He grew many vegetables, apple and pear and cherry trees, and a compost heap (I remember the hilarious experiments with worms).

I wanted so much for him to see how well all my vegetables and herbs are growing. I didn’t get to send the pictures – even if I had that moment, it would have been too late. Then it rained, and rained. But here they are, some pictures I took on a brighter day: 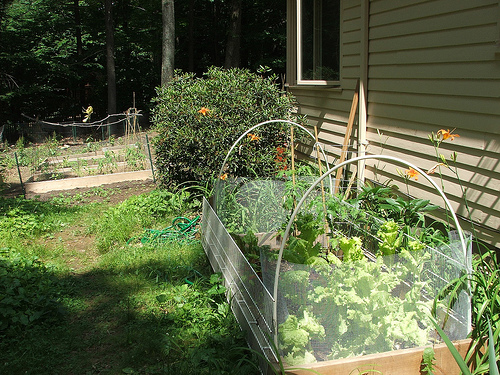 The old cold frame (lights removed, fenced in with, yes, repurposed shelving) with cherry tomato, lettuce and chard, and day lilies, and path to the garden. 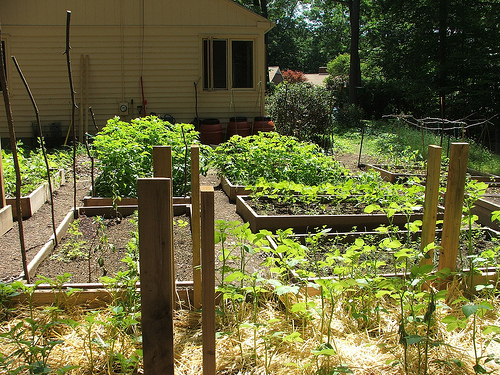 Potato towers in forefront, more potatoes in beds in back. 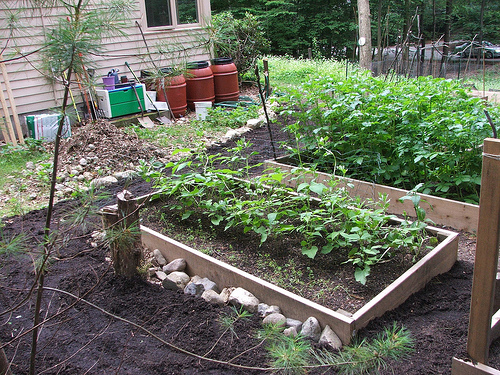 Beans on a gloomier dayÂ  no luck with the lentils, in front, they’re not growing. Notice the big pile of stones to the left: that’s not half the stones we dug out of the ground. In the background to the left you can see the scaffolding for the tomatoes. I have no close-up pictures of it, though, because… it started raining. Sigh.

{UPDATE} Aha! A couple of hours after posting this entry the clouds cleared and I could run out to take a picture of the tomato and eggplant beds: 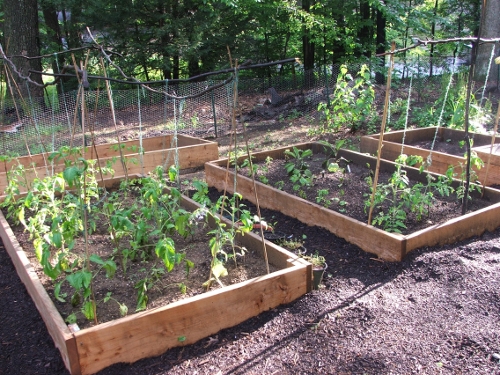