Friends are coming to visit for a couple of days, and I doubt I will have the time, or the inclination, to interrupt the fun we always have to post here. But before I go, a few notes:

Turns out that the bobcat I heard a couple of weeks ago was most likely a fisher cat. My neighbor saw one crossing the street this morning and immediately fired off an email to let me know. And it clicked, because Suldog had raised this possibility in his comment to my post. Apparently fishers make that haunting sound during mating season, though they’re also know to make it when they’re trapped or attacking. No bobcat, then, but pretty wild anyway!

There’s a Food Revolution and I’m on it!

I totally missed the “Focus on Feeders,” which the Mass Audubon Society organized this year on 6 and 7 February. But I am thinking about sending one or two photos to their amateur photo contest. Here’s a selection (click for larger): 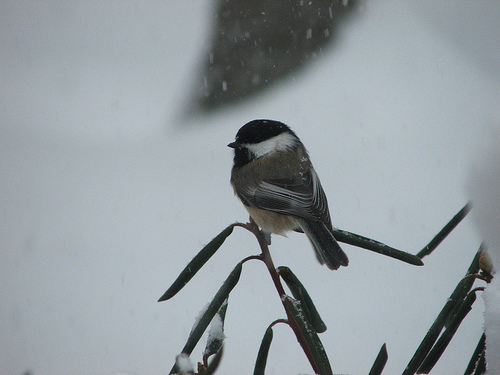 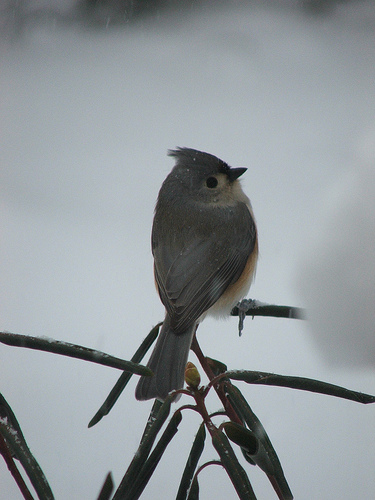 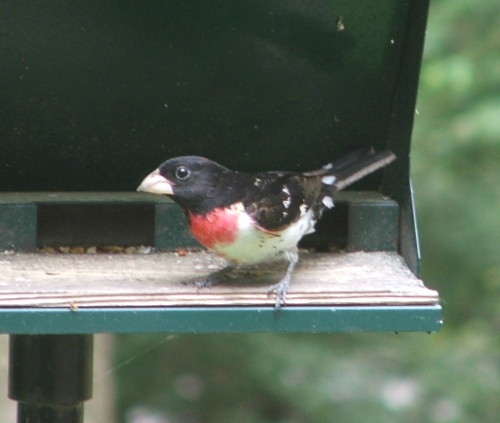 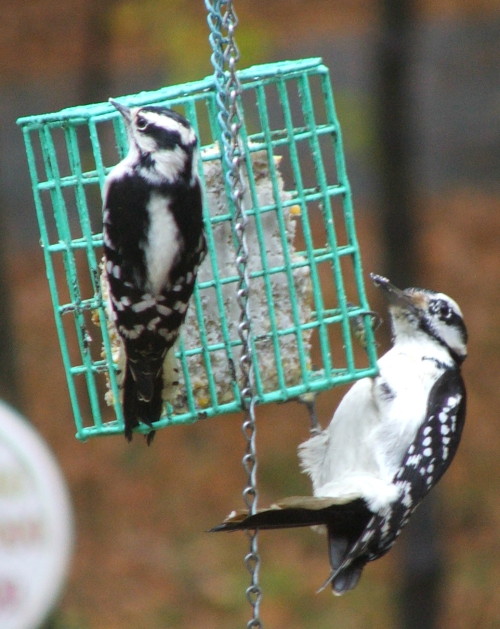 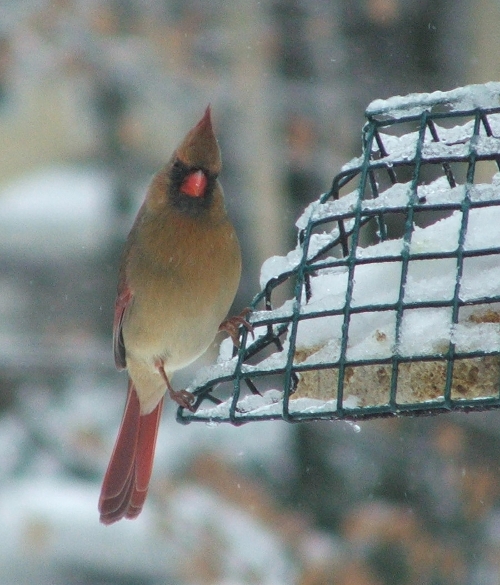 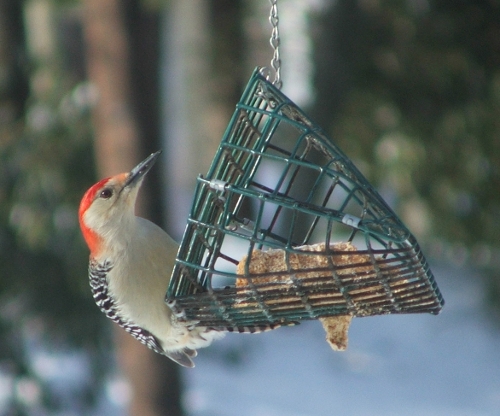 I like the first two because of their wintry atmosphere: the birds seem cloaked in the snow-laden sky. The Grosbeak was such an exception at my feeders, and I love the color of his breast. The Hairy Woodpecker (the large one) is so darn ugly; even his eye looks scruffy! But it was great to see the two kinds side by side. The female Cardinal gives us such a stern look, and look at the soft colors of her belly. And that last picture is just so vivid.

Do you have any favorites?