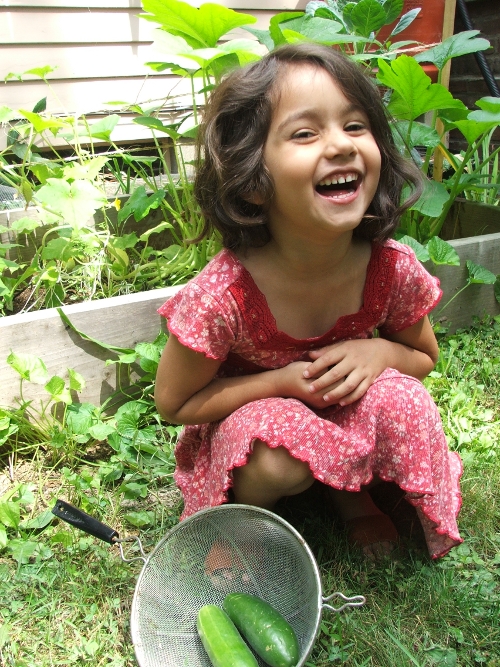 The cucumbers are finally coming in. Amie was happy to harvest some, though she won’t eat them. These, maybe… Still no zucchinis or squashes in sight, just like last year. 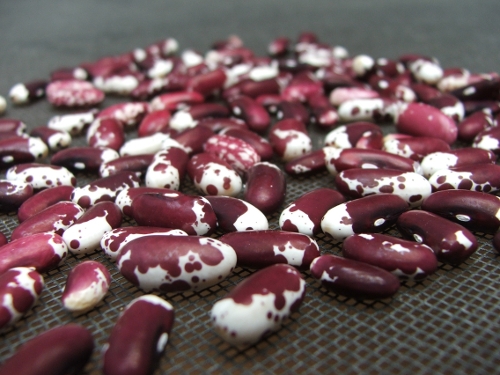 Of the dry beans, Jacob’s Cattle is the first one ready for picking. I love the sounds of the hardÂ  beans rattling in their dry pods. They are works of art, each one. All of garbanzo beans were harvested by unknown critters. I was so looking forward to tasting one fresh from the pod. 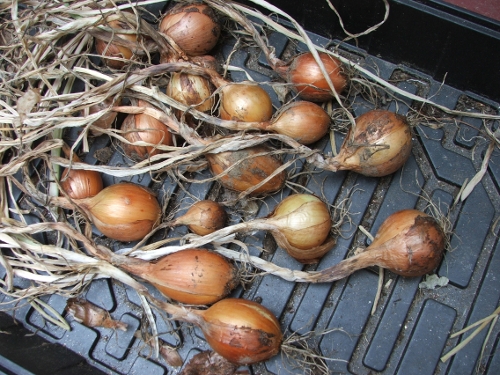 I’ve harvested all my onions now: 40 medium to small sized ones. That’s much better than last year. Next year I can transplant them even closer together. One 4×8 bed could easily hold 250 of these. 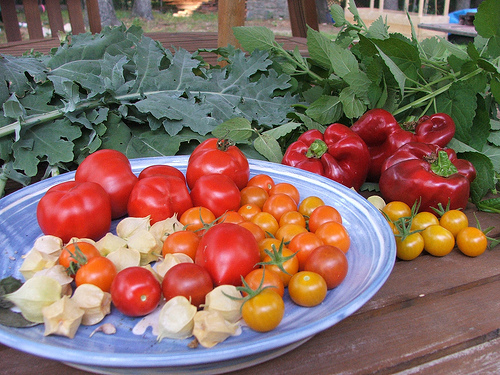 As you can see we’re eating mostly small tomatoes: Sungold and Be My Baby cherry tomatoes as well as husk cherries, and Ida Gold and Heinz. Mainly they’re the ones in the tops of the plants, where the squirrels and/or chipmunks can’t reach. I estimate that almost half of my tomato harvest has gone to them. 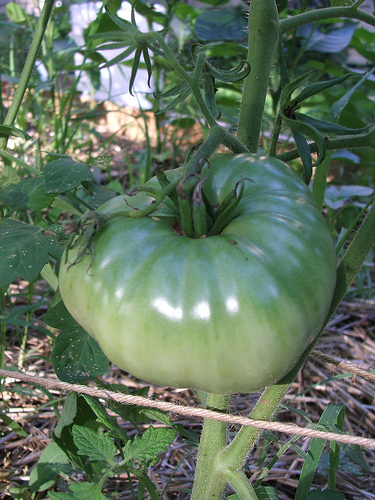 The big Brandywines are still ripening, and I hope I get the chance to harvest some. The eggplants are fattening up, but here again the critters are at work. It’s heartbreaking to go into the hoop house first thing in the morning and find yet another juvenile eggplant has disappeared.

In the big harvest picture you can see the three red peppers that came in so early on the overwintered pepper plants. What a treat! There are plenty of green peppers growing, some ready for harvesting, but I’m so fond of the red ones. The hot peppers are coming in too, one or two each week: that’s plenty for me. They’re hot!

We’re eating kale and chard whenever we want it, and I will start putting them up when they grow beyond the bounds of our appetites.Â  The lettuceÂ  I sowed last month is hanging on in our hot, dry weather, but it’s not growing. We’re still picking leaves off the old lettuce plants, but they’re pretty bitter by now. 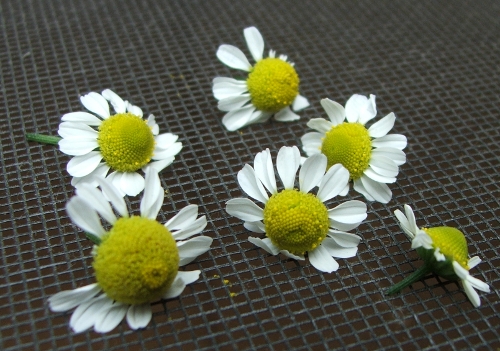 I’m also taking and drying herbs, such as mints, comfrey, chamomile and feverfew. I’m on the lookout for a good course in herbal medicine. If anyone can recommend a good book…

You know, I wouldn’t mind sharing my harvests with the critters, if only they weren’t so wasteful. They take, munch a few bites, then discard.Â  My garden is littered with half-ripe, half-eaten vegetables. I tried this product called Repels All, and it worked the first time around, but now, not so much anymore. Next up to try is cayenne pepper! 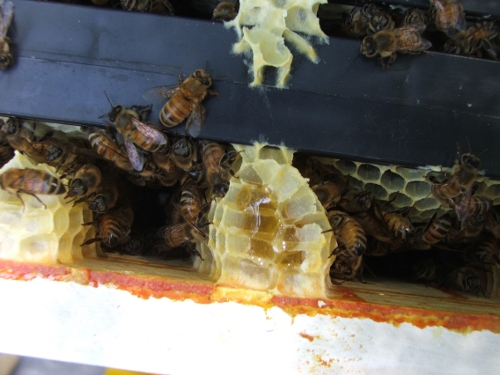 The bees have still not drawn out the honey super. What with the dry weather not many flowers are growing, soÂ  there’s a nectar dearth. Hopefully it will pick up soon and we’ll have one super of honey – I might take out two or three frames but leave the rest for the bees to overwinter on. I did get to taste some! I broke some comb when taking off the super to peer in the nest boxes and there it was oozing. I couldn’t resist. I took off my glove, scooped some up and licked my finger through my veil. So sweet! 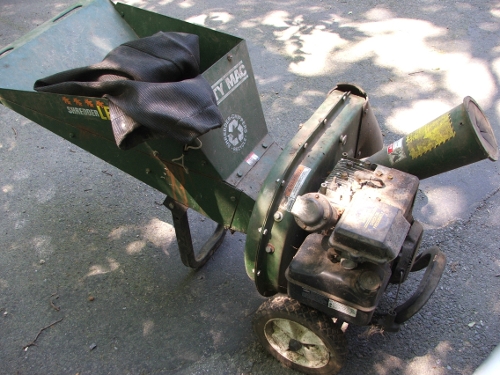 Last but not least, a fantastic Freeycyle haul! We were so lucky to catch these items, which the owner so generously putt out on her driveway. A chipper/mulcher which will need some work and an already much-used hammock with stand. 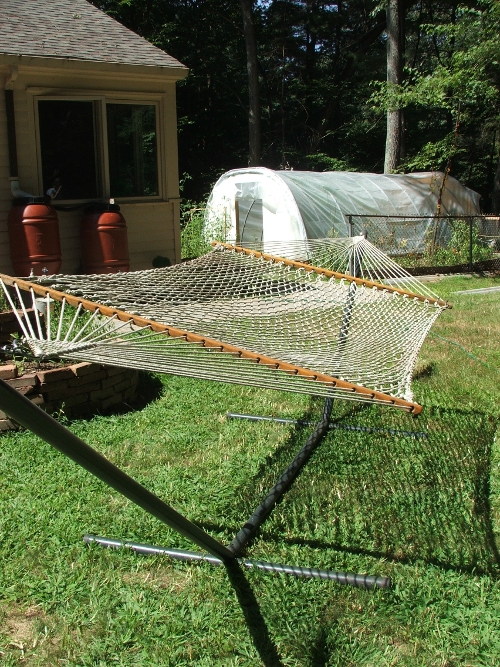