{Four posts in one day, must be a record!}

Like most kids, I despised Brussels Sprouts. Now I love them, that burst of flavor, and even the mild bitterness. Bitter is a big gap in our diet, which is unfortunate, since bitter foods are important for our digestive systems.

So I grew Brussels Sprouts from seeds, in my basement, on my porch, in the garden beds. They grew and grew, leaves, yes, and a thick stem, but never any sprouts. I think I was supposed to remove the leaves at some point. NoÂ  harm done, since the surviving leaves taste – who would have thought – like Brussels Sprouts, only much milder! 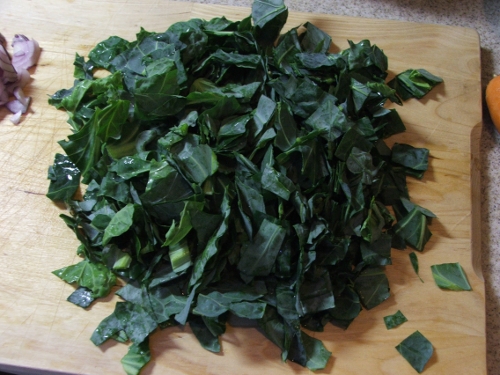 I chopped up homegrown Brussels Sprouts leaves, onions and leeks (yes, all from the Fall garden), sauteed them a little, then added equally homegrown carrots (first harvest!), poured inÂ  my homemade vegetable broth, and added a pinch of homegrown Rosemary. I let it simmer for 30 minutes, until the potatoes were done. 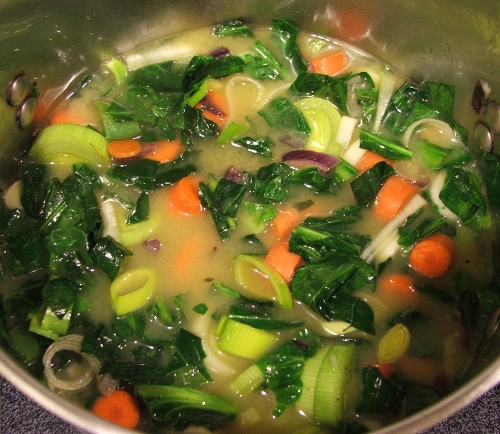 The only things that were not homemade were the chickpeas (bulk) I still had in the fridge from another dish, the potatoes (locally grown, though), and the salt and pepper.

But the soup bowl is mine! 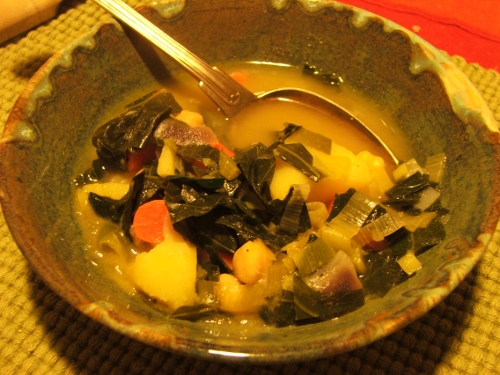