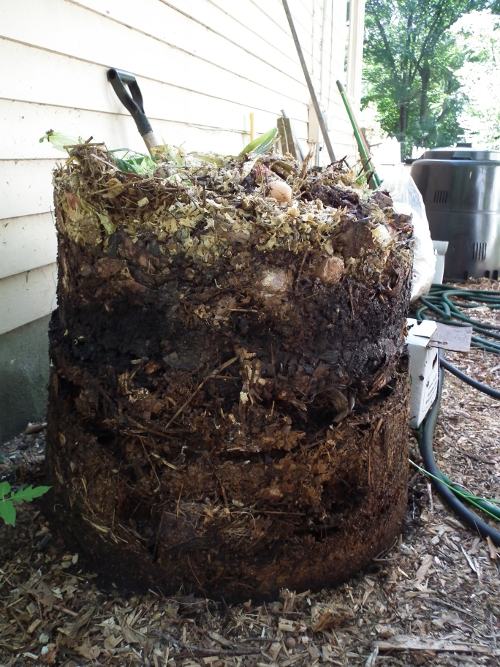 This pile had gone cold. I lifted up the Earth Machine, which you can see in the background. I love the design of the Earth Machine: as it tapers up, it’s easy to lift off while keeping the shape, making it easy to fork up. It took two heaped wheelbarrows, because it had compacted so much (cause of its going cold), to move to an open compost bin in the back. Â The top stuff, which had just been added, ended up at the bottom and so I’m fairly confident the critter won’t even know there’s raw egg and some meat in there.