Today we took the floppy plastic off the hoop house. We want to re-bend the hoops, because most of them have un-bent themselves so much that at the top they meet in a point, which cuts into the plastic. 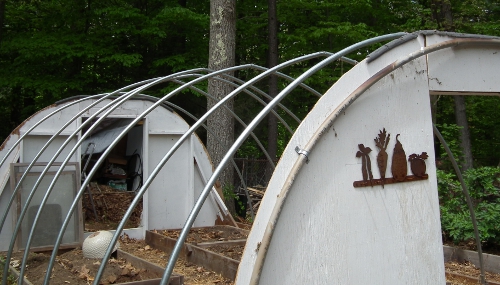 But we’ll only do that next weekend. In the intervening week I hope the rain will soak those beds. After months of no irrigation, the soil in them is dry and dusty and there was no a worm to be seen.

While clearing the hoop house of all the stuff I had stashed in there that shouldn’t get wet, I found the beginning of a hornet’s nest. As I picked it up I found the queen attached to its underside. I quickly pulled the nest away from her and then ran off with it. Here is it: she had just laid eggs in it: 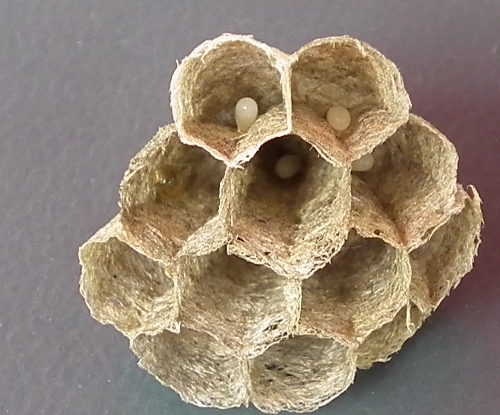