Well, 17 lbs is not bad for one and a half beds (4’x12′ total), in the shade and without topping up soil (I ran out). The red fingerlings were a bust, the yellow fingerlings did well, the idahoes did best. All seed potatoes were supermarket bought (organic) or came as sprouted (organic) potatoes from a friend. 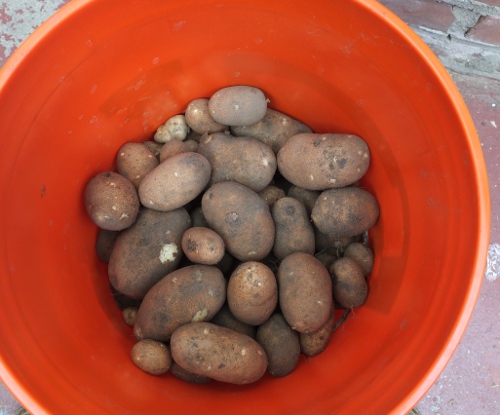 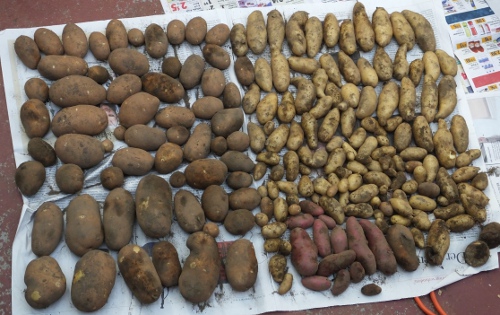 A couple of weeks ago I had a nasty surprise. Workmen installed new oil tanks in our basement (one had started leaking; we have no gas on the street, and we heat very frugally with oil, but mostly with efficiently burned firewood). All was well. A week later I opened my freezer: everything was defrosted! The men had unplugged the freezer! I lost some meat and fish, but the hardest to lose were the soups, sauces, pesto and frozen dinners I had made with produce from the garden. I never really trusted freezing, and apparently I don’t need another power outage to confirm my apprehension. So, when I had all these surplus tomatoes, I decided to dry them in my ten-tray Excalibur. 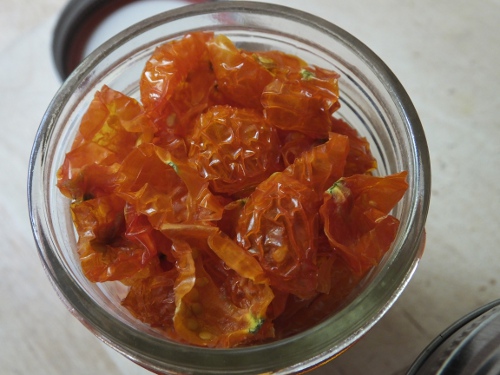 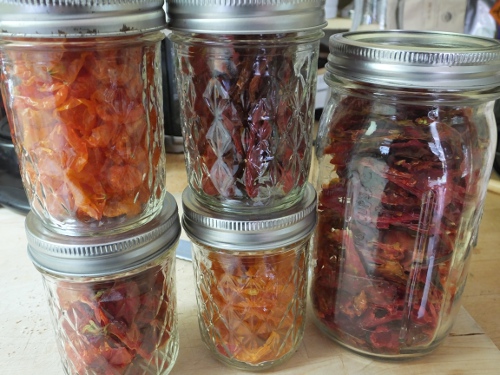 I dry them beyond leathery to crispy. Amie eats them like candy, while she will usually only reluctantly eat a cherry tomato. The taste is super concentrated.

A friend called me up this morning from the orchard and asked if I wanted peaches! A peck of seconds for $8? Sure! I got two pecks and will be making peach butter and peaches in syrup. 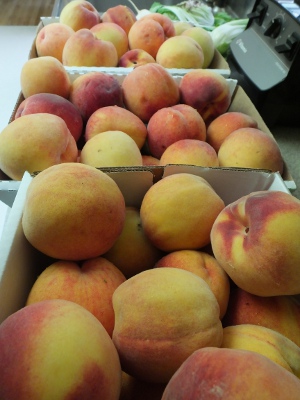