On Monday I picked up my new bees – two packages. Before that I built quite a few extra deep frames for them. It was easy to do, as I had blogged the process before and just had to refer to that old post. 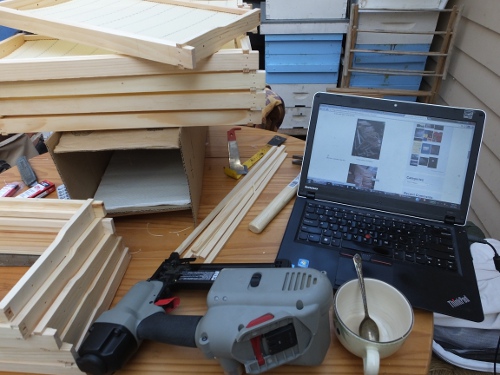 Amie helped put the puzzles together: 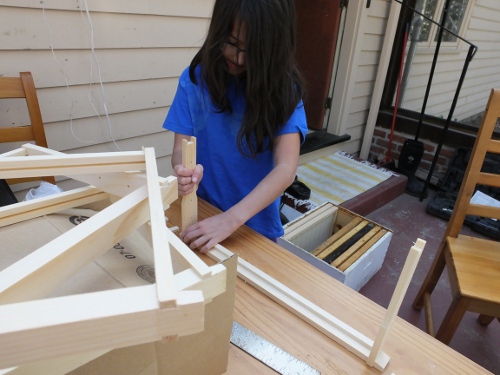 The reason I made new frames was that I had pulled quite a few moldy frames out of the dead hives. I had planned to throw them all out, even the ones with just that blue/green/white sheen on them. But then – after I made the new ones – I read that a bit of mold doesn’t hurt the bees. It may even inhibit other micro-organisms that aren’t good for them. So I rescued the least affected frames and set them to dry in a warm spot with a fan on them. 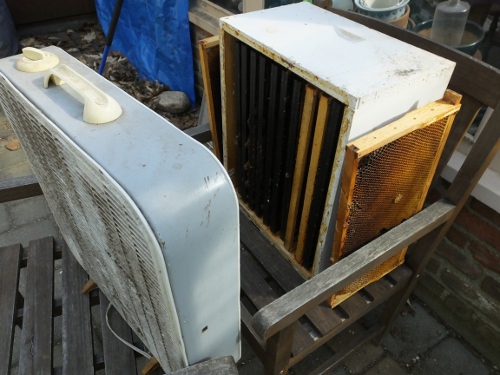 The two new hives now have all drawn-out comb in their bottom deeps, and two frames of drawn-out frames in the middle of the top deeps, surrounded by empty frames. It’s always a good thing to exchange 1/4 or 1/3 of the comb every year, as comb accumulates pollutants. With the dried out box and the rest of the new frames, I’ll be ready for a third hive. Hopefully these two are strong enough and I can make a split soon! 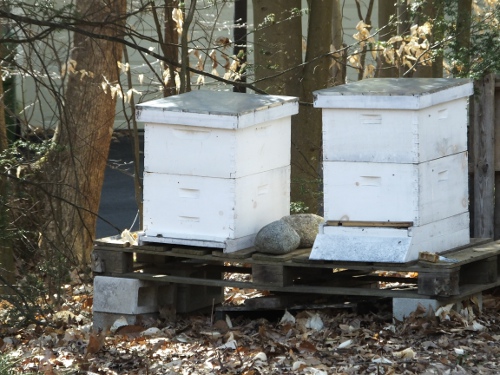