Another nice day, yesterday. Not as warm as on Friday, but working hard raised our body temperatures plenty. 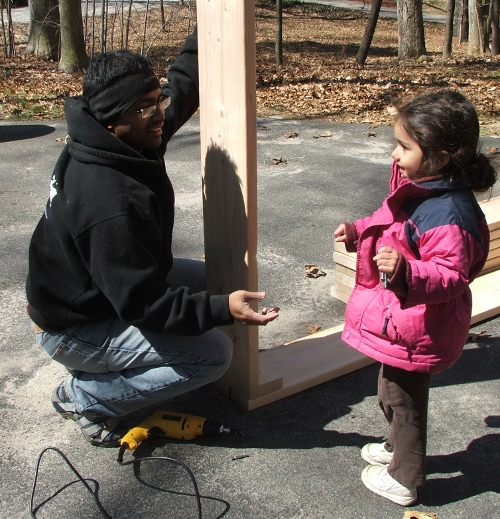 DH finished all ten veg bed frames (in the picture he’s begging Amie to hand over a screw). I heard her ask: “Baba, what are we making?” He: “Beds for the vegetables.” She, incredulous: “Vegetables don’t need beds!” 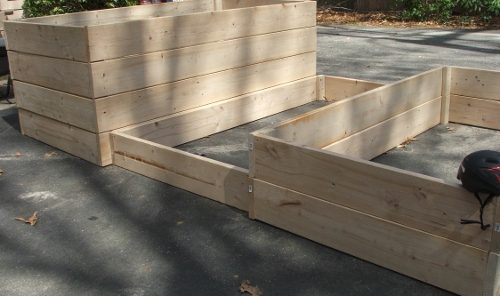 I also read to her from a novel which mentions “a middle-aged man” and she piped up: “That’s a man who lived in the middle ages, right?” (That as an aside.)

In the meantime I double-dug, sifted and prepared the bed in the cold frame. I used the soil screen DH had put together for me. It’s a prototype, and we already decided on some major improvements, like handles and pivots… 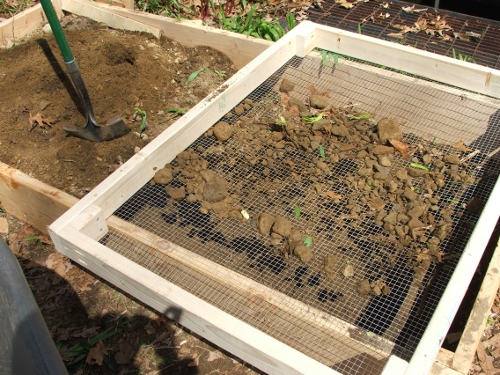 I dug out some real clunkers! 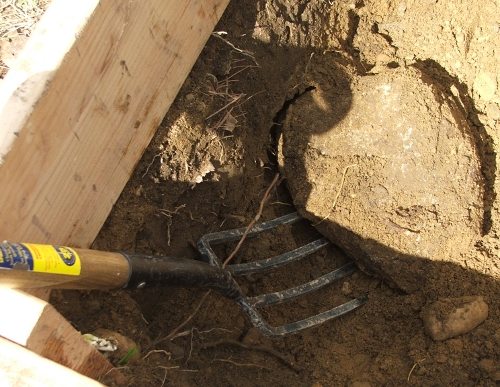 Then I filled it up with the sifted soil, lots of Moo Doo (no access to the horse manure yet), and some of our own almost-one-year-old compost (screened: the eggshells for instance still hadn’t broken down). And so I finally got to plant the lettuces. Here they are, basking in the setting sun, and then I tucked them in for the night. 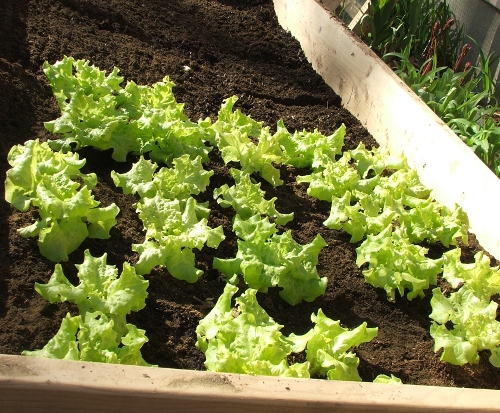 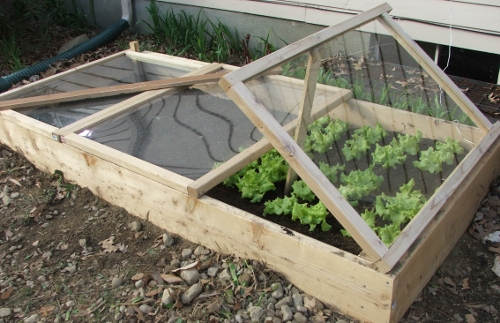 As you can see I still have lots of room in there for other things, but they will have to be cold hardy (a couple of days ago it was 18F in there – the lettuces obviously survived) and either transplantable or quick to harvest, because the cold frame will soon become the seed bed.

All three compost piles are hot and cooking. I’m debating which flowers to grow in our one flower box: gotta start attracting those pollinators!

Goings on in the basement seedling area

Goings on in the hotbox 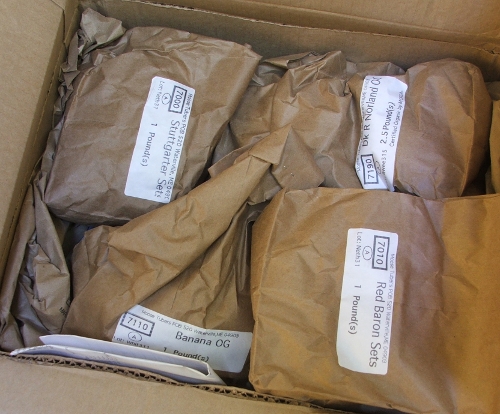 And last but not least, my seed potatoes (10 lbs) and onion sets (3 lbs) from Moose Tubers have arrived! So now what do I do?