Honestly, I have no idea. But I do have a bad feeling about it. Grasping the small window between the bees flying (i.e., warm enough) and the imminent rain, I opened the hive to check on them. It seemed to me that there are even less now than last time I looked. 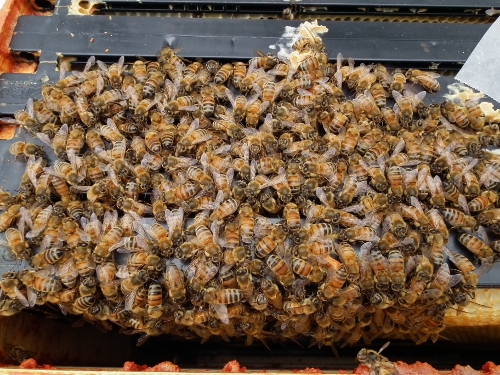 The bees were docile and didn’t seem put out by me opening the hive, so I went ahead and accomplished several things.

First of all, I could see they hadn’t taken much of the sugar fondant I put in last time, and almost none of the pollen patty. I pulled out some of the outer frames, those furthest away from the cluster, and just by their heft immediately know they are still loaded with honey. It has obviously been too cold for the bees to get to it. I exchanged these full frames for the ones right next to the cluster.

As I was pulling the empty frames next to the cluster I took a closer look at the dead bees. The sight is a sad one. 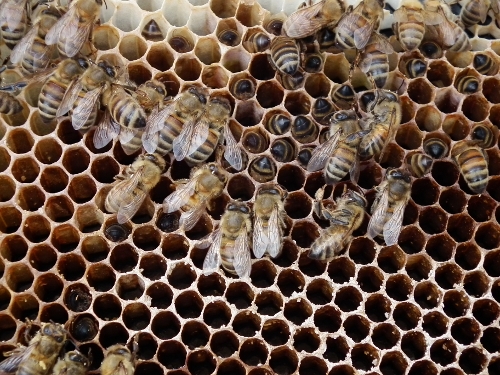 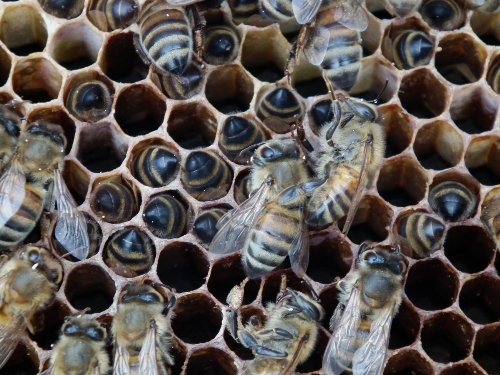 All these bees are dead. Bees head first in cells is a sign of starvation. I used my bee brush to remove these corpses.

The frames switched, I turned my attention to the living bees. We have just bought a new camera and the macro mode is amazing, and revealing. 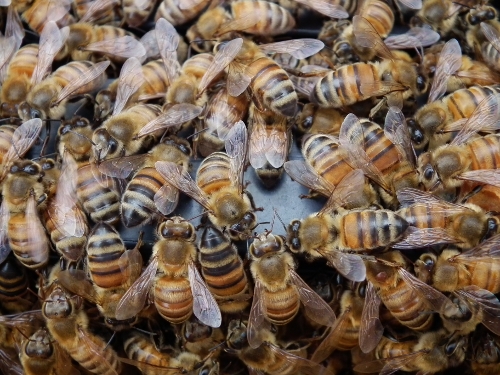 Can you spot it? Let me blow it up for you: 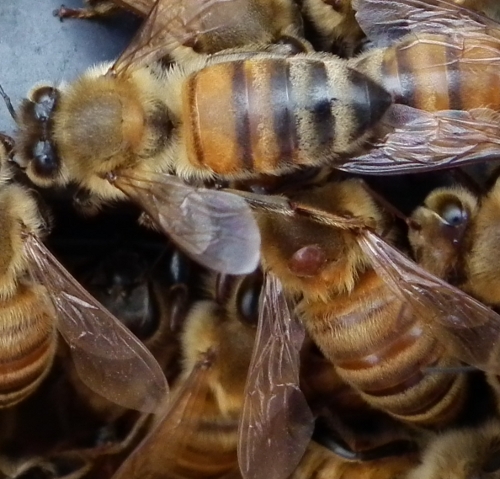 It’s a mite!  The puplish-pinkish bump on the bee in the lower part of the image is varroa destructor. And it wasn’t just the one. In another image, 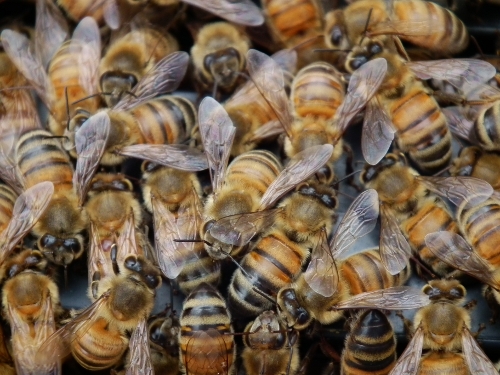 I can spot a bee grooming another bee, trying to get rid of a mite on her back: 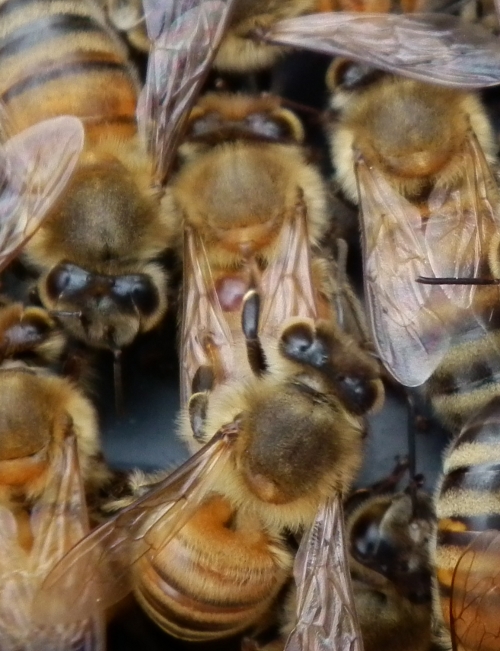 Ugh, just looking at these images make me itch all over!

Mites survive on the bees over the winter,  but they can’t reproduce (they reproduce by laying eggs on brood, and during Winter there is no brood rearing).

So now, on top of the bitter cold, starvation, and dwindling numbers, my colony has to deal with varroa. I doubt I can treat them at this point. I would use Apiguard, like I did last year when I first installed them,  but I’ll have to wait until the outside temperatures are above 59 F, that is, until the bees are active again, breaking cluster and moving the fumigant all over the hive so it can get to most of the mites.  But is the colony strong enough? Might it might interfere too much with the queen’s egg laying (assuming the queen is still alive and well)?

Brood rearing should have begun by now. In a strong hive well-stocked with honey and pollen, the Queen should start laying by the end of December/beginning of January, even in the Northern States. The determinant is not the temperatures but the length of day (source). It was too cold, of course, to pull the frames with the cluster: it would have chilled and killed any brood if it was there.

So I don’t know what to think of this surviving population. I’ve scoured the internet looking for some idea of how many bees make it a viable cluster.

The last thing I did was  replace our improvised rim board (made out of an old landing board) with a new and proper rim board. The hive looks like a usual hive again. 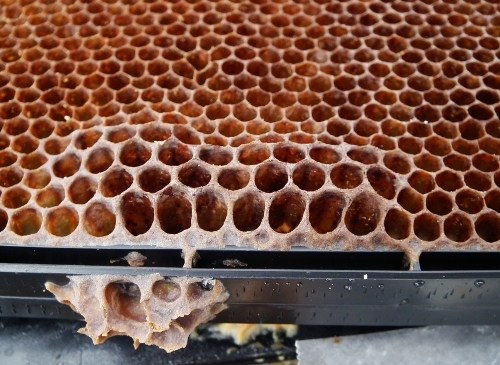