I harvested the last potatoes yesterday and got two surprises.Â First, when I pulled the straw away, there was this: 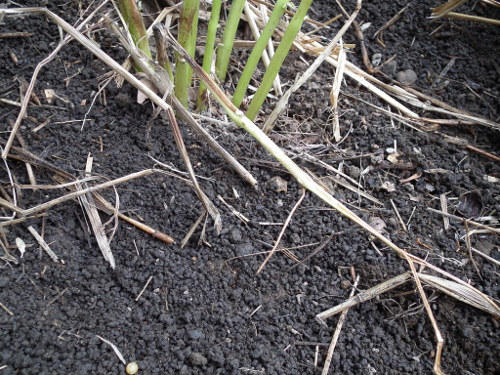 The first time Â I noticed this dark, crumbly soil, I thought there was something wrong with it. Did some sort of cement get into it? What insect does this? Is it good? Then I realized. A few days later I told a friend who used to be a farmer and she said: “You’ve arrived!” 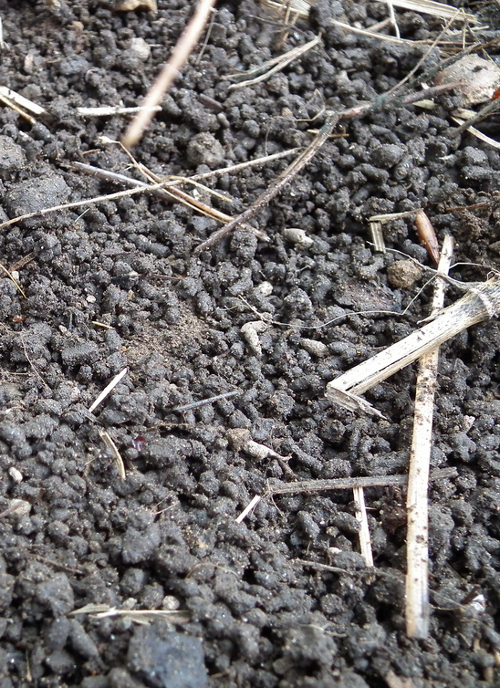 Then I started digging up the potatoes – all the Keuka Golds I had left in because they were unaffected by the brown spot. I had high hopes because the plants were healthy and the only of my potatoes that actually flowered. Â Well, plant after plant came out but I found hardly any potatoes! It was only when I reached the other side of the bed that I discovered what had happened. I plunged in my potato fork and eek! I had speared a fat, loudly squeaking vole! Startled, I shook it off my fork over the fence. Later I came across two more voles and took a picture of them. 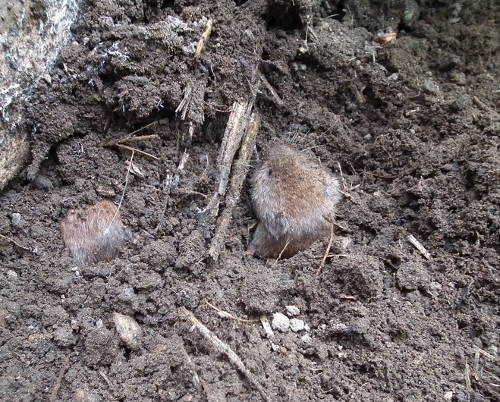 Funny creatures. Unfortunately for me and for that one very unlucky one, we both like potatoes!