Well, I had sworn not to grow potatoes again after the Blight Year of 2009 – my first year gardening. It wasn’t just blight that ruined that year’s potatoes (the tomatoes didn’t suffer too much). I also tried the potato tower method and it was Spudtacularly Disappointing.

But I love potatoes. I love them so, so much… 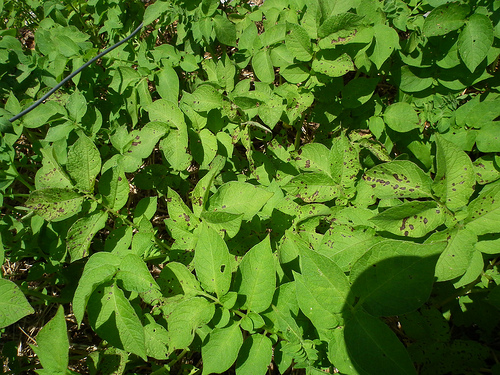 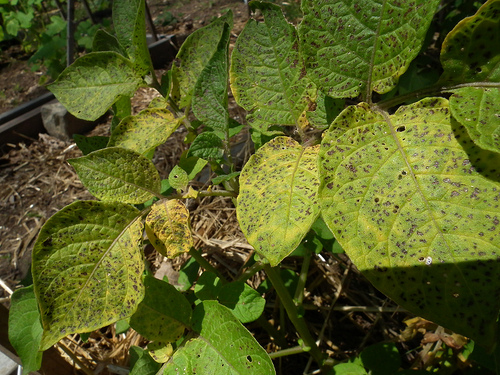 It’s a form of Potato Leaf Blight, caused by the fungusÂ Alternaria alternata. Luckily it’s less aggressive than its cousin Alternaria solani (the Early Blight fungus). You can read more about it, and its difference from Early Blight, here.

I’m thinking it’s not Early Blight because of this: 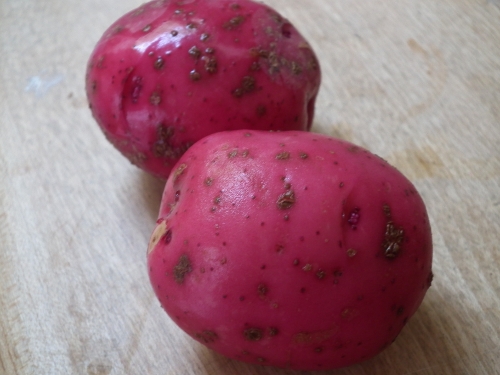 Tubers affected by Early Blight don’t look like this at all. This looks like Black Pit, the tuber phase of Brown Spot. Don’t they just sound like two brothers, one kind of sweet, like a cudly dog, the other kinda mean, like a devil?Â Mm, I can’t find a picture of it through Google (this site says Brown Spot and Black Pit are less well known potato diseases), so I can’t say for sure.

Thus, in order to save the tubers and to rid my garden of these blight infected plants, I harvest most of my potatoes – all of them but the Keuka Gold were affected. In the end, seed potato to yield ratio-wise, I didn’t do as badly as my first year of potato growing. Some potatoes were even fully grown. These are the yields:

So… Fingerlings were a bust, but the Dark Red Norland did okay. I have good hopes for the Keuka Gold, which had the best yield in 2009 and which held our loner – the roller coaster of heat and rain was hard on the plants, but no sign of this disease at least. I’ll harvest those once my present stash of potatoes is finished.

Anyways, I’ll be planting three beds with more green beans, new carrots and greens, maybe even some more cukes. And we’ll be eating lots of baby potatoes over the next couple of days. I have no objections to that. 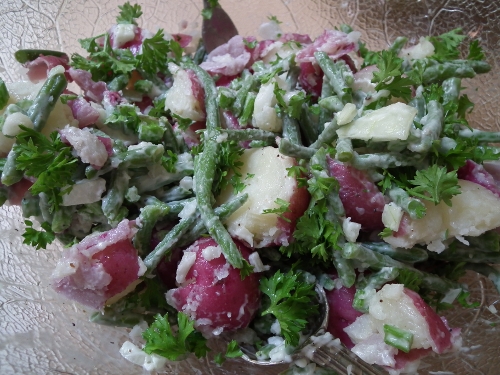