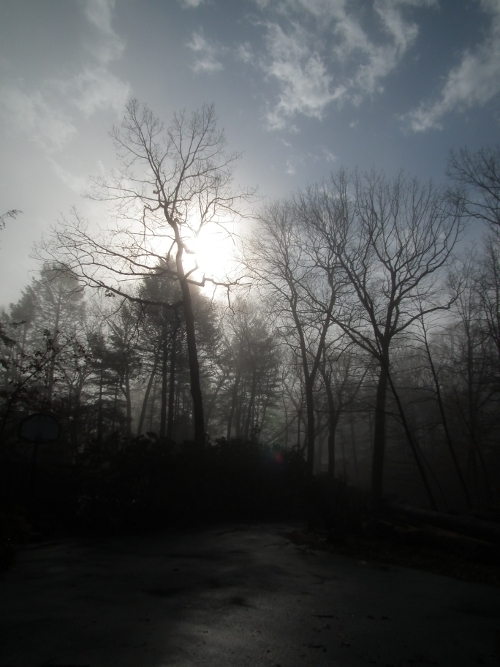 I’m, uhm, a little behind on my magazine subscriptions. I subscribe to only two: YES! magazine (quarterly) and Orion magazine (6/year), and still I can’t keep up. But today I finally got a chance to pick up the Spring 2011 issue of YES!

And there I read the column by Colin Beavan, aka, No Impact Man, about “accidental activism”. You can read the full versionÂ here. Â Now, I doubt that Colin’s No Impact Project was as “accidental” as he makes it out to be, but I do recognize and admire his analysis of regular-guy-activism.

So many of us have good ideas for helping the world. But we tuck our ideas away. I did. Iâ€™d tell myself that if the idea were any good someone else would have already done it. That Iâ€™m not capable of making a difference. Iâ€™d sit on my ideas, get on with my â€œlife,â€ and then feel angry at the world because the problems I cared about didnâ€™t get solved.

I had that fear of going first.

The fear of looking foolishÂ (I recommend this video) is bound up tightly with the more fundamental fear ofÂ being ineffectual. Â For the majority it is an unacknowledged fear, too easily rationalized and covered up (which makesÂ this happen). For “accidental activists” it can become the source of heart-wrenching self-doubt and paralysis.

I see this in myself and inÂ our initiating group. I’m not talking about measures taken individually, like turning down one’s thermostat or not buying bottled water. Though those are activism too, and – speaking for myself – just as important, and though all of the below does apply to it,Â there are complicating matters that I’ll go into some other time. Here I’m talking about speaking up and speaking out, into the community: activism.

In our group we address these issues of futility in often fiery conversations, and I was saddened to hear that many struggle with it. It can chafe to spend so much time and energy organizing energy efficiency and nature-connecting events while right next door someone’s erecting a McMansion, or when in other parts of the world veritable carbon-bombs are exploding.

There are many factors at play here. I, for one, will not judge the McMansion builder next door, because who knows that house is more energy efficient than mine, and who knows why they are building it that way – there is just not enough information for me to judge. So I see them as a challenge, someone to get to know, to learn from.Â Still, though I had made up my mind about the judging others issue long ago, I did still struggle with the hopelessness of my making so small a difference, and of so much of that being negated by other people’s actions.

I clearly remember my own turning point in this matter. In October last year several of us went to listen to Wendell Berry speak on civil disobedience in the Cambridge Forum. At one point during the Q&A, Berry said that, had he had success as his goal all these decades of fighting mountain-top removal, he’d have quit.Â “No,” he said, in his Southern drawl,

You do it out of commonÂ decency, because it is only right.

I brought that home with me. It is simple but I just had to hear someone say it. ShouldÂ we doubt what we do because it doesn’t seem to make a difference globally or even locally? I say no. Â I still need to doÂ what is right, even if others are spoiling the broth. I *need* toÂ because my conscience demands it.

I now see that I’ve written about this before, in 2009. Obviously, realizations, like medicine, lose their efficacy after a while, and one needs to realize it over and over again.

This doesn’t mean that we don’t want to or need to make a difference. Like one of our group immediately added:

given howÂ grave the risks are, and how much is at stake — my/our children’sÂ future — I not only need to do these things because they’re “right,”Â I also feel a moral obligation to win.

Yes, of course, but first, I would argue, we need the strength of our convictions behind us, in our back, shoving us along, muttering “just keep on going,” to sustain us as we fight that good, hard fight.

Berry, who knows this, wrote the poem The Hard Work: