Today I robbed seven frames from the two hives in my beeyard. Many  more frames were only half or three fourths capped, but with some luck in weather and nectar flow, the bees will cap those fully and I’ll have more to rob.  There’s also the third hive at our friend’s place: I’m curious to see how that one did. Both populations looked very strong, and I saw no sign of mites (will do a proper test, though) but I did see some of those nasty hive beetles scurrying around. Robbing the frames was no problem. I never cease to be amazed at how docile these creatures are.

After that K, a new member of the BEElieve beekeepers club, came over and we extracted the honey together. Her first-year hives had no extra honey as yet, but she wanted to see how it’s done. We used the new Maxant extractor, which the club bought with the money from our honey fundraiser. What a joy to use it: so simple, so easy. The machine is simply and well designed, very robust. Here it is, with K uncapping one of the frames. 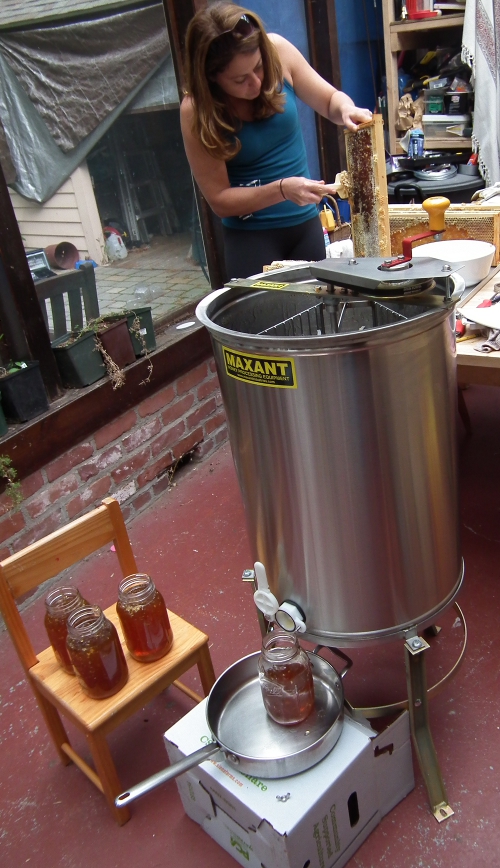 Three of the frames held a dark yellow honey, darker than Spring honey. But the other three held an even darker and, we saw as it started oozing out, dark red, almost wine red honey. This honey was heavier and more viscous and therefore took more spinning to extract. It tastes, not so much sweeter, but more  specific, rather. Almost cinnamony. I guess it’s the purple loosestrife. I’ll ask around. 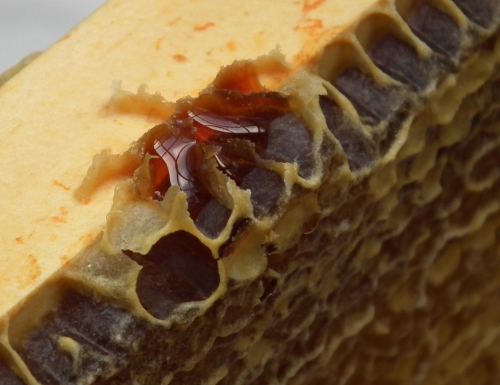 This picture gives a good idea: a “red” frame being un-capped, the dark yellow frames already uncapped behind it. 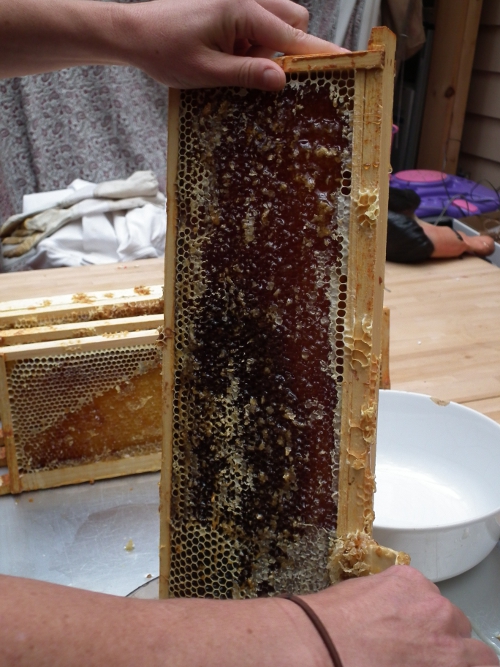 The harvest totaled 20 lbs, from 7 frames. What a bounty!