My last blogpost worth that name is from March 14, and I haven’t figured our Riot since December last year. One of the reasons for my silence was overall business (explained below), but the main culprit was that all the sites I maintain were hacked (same server). We had to shut down the Green Team site completely, saved most of the Transition Wayland site, and the blog, well, as you can see, most of the sidebar features have disappeared and, as you can’t see, the editor is a right mess, but here’s an update anyway. 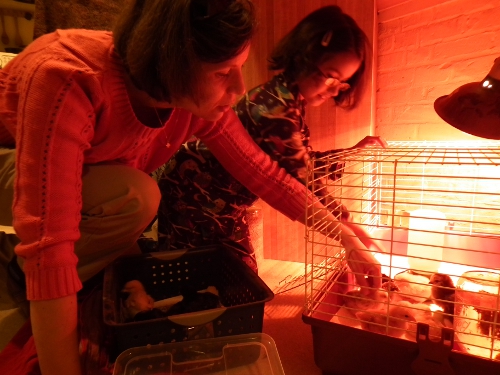 On April 21, my parents-in-law arrived from Chennai, India. On Tuesday, my friend and fellow blogger, Katharina, dropped off the 15 chicks that remained in her care – she was on her way to DC and the Reject and Protect Rally. On Wednesday, add to this menagerie my friend R’s 16-year-old, mostly deaf dog for dog-sitting. And me and R saying our goodbyes and leaving all this to them, not to mention the care of the garden and chickens, and the hundreds of seedlings in the basement. 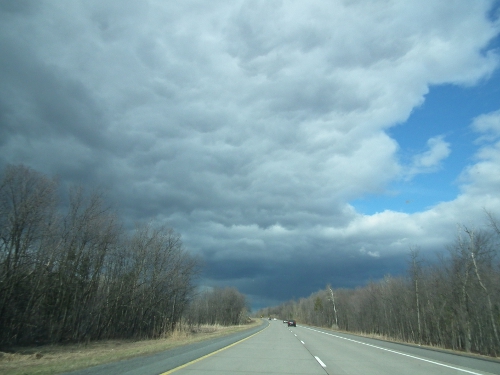 Where was I off to, that was so important that I could leave all of them, especially Amie (for the first time for so long)? It was Stephen Jenkinson’s Orphan Wisdom School, and I will have to write more about that later. R and I were there, all wrapped-up in the goodness and sorrow of words, till Sunday, when we drove back in one non-stop haul (11 hours). R extracted her dog from the sleeping house, and I crashed, exhausted. The house returned a little more to somewhat normal when Katharina took all but our four chicks back a couple of days later. 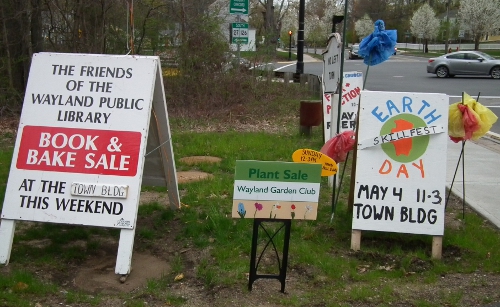 That Sunday Earth Day happened (more on that later too), along with Amie’s orchestra concert at Jordan Hall, and her grandparents’ surprise 40th anniversary present(s) and surprises(s).

Amie named the chicks and started “training” them. Always a joy to watch. 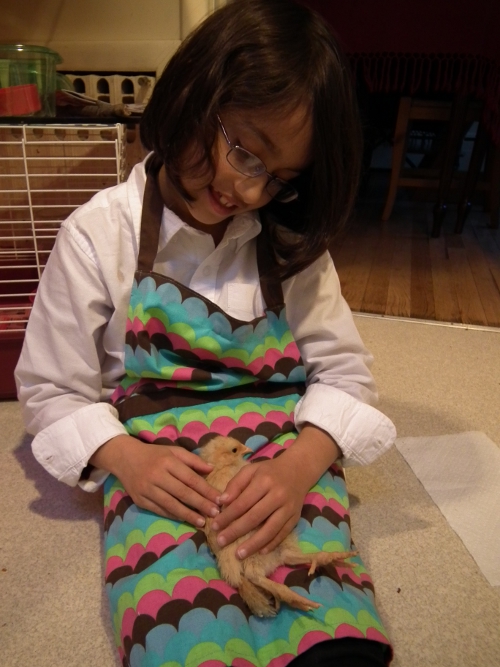 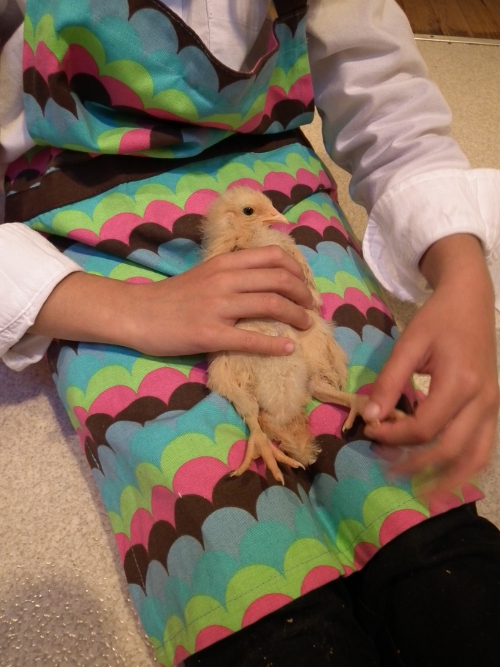 Our days warmed, with some summery days thrown in, especially Mother’s Day, which we spent out side working in the garden, planting, among other things, lots of strawberries and blueberries. I also finished the drip irrigation in 90% of the garden, all of it running smoothly off the top IBC tote, simply by gravity. The chicks too enjoyed their first outing into the big world. 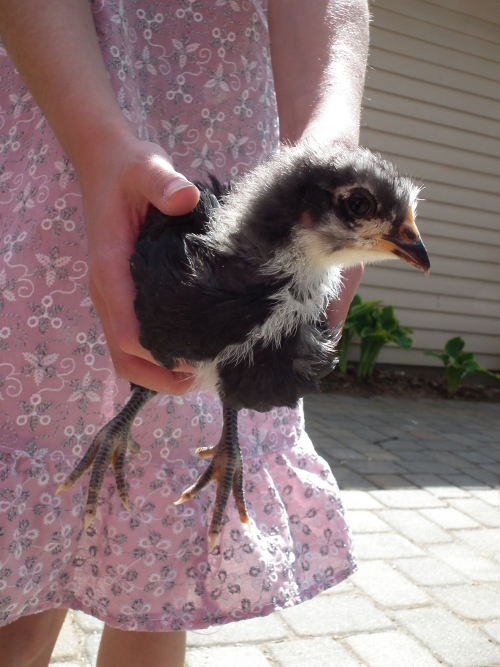 I picked up new bees too: two packages. What a joy it is to see them fly again. In other bee-related news, Katharina, who is also a fellow beekeeper, roped me into helping her out with helping the young artist Jarrett Mellenbruch set up and maintain his Haven project at the deCordova museum. More about that soon, too!

My parents-in-law went back to Chennai, and the house is emptier. I like a crowd of animals, so I am glad for the bird song in the house: the chicks, though they now look more dinosaur-like, still squeak quite sweetly. And there is one more bird…

We finally got a friend for Amie’s parakeet, Kiwi, who lost his mate a few months ago. Kiwi had spent some time at Katharina’s (we’ve a veritable animal exchange going here) where he received a mirror, and he had fallen deeply in love with the bird in that mirror. That is why Amie decided to get a green parakeet, female though (hopefully), who looks like that mirror bird. Introducing a new bird is always tricky, so we had them in separate cages at first – having bought a huge new cage. But after some hours Kiwi was trying to push his heard through the bars, and they were singing to each other, so the next day we let Kiwi into the new cage and all was well. 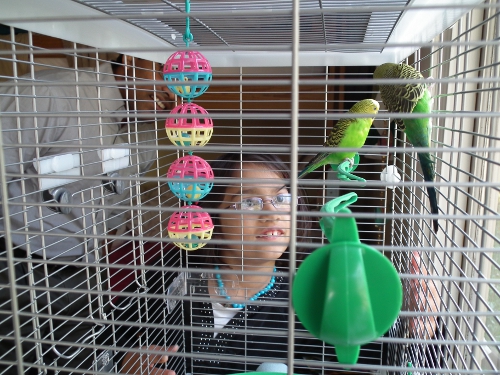 That’s my quick run-down of events. Lots to flesh out. I will do so, soon, promise! Now let me click the “publish” button and see how this looks!