We were on the phone with my parents-in-law and I or DH made a passing reference to watching movies on a big screen tv when at our friends’ place in New York. Amie had been eating her O’s peacefully (more or less), but when she heard that, she piped up:

“We’re gonna need a big screen tv at some point.”

The place with the big screen tv also had a three-and-a-half-year-old who received a set of beads for Christmas. Amie with her attention and occasional reverence for what the bigger kids do, was immediately into it. 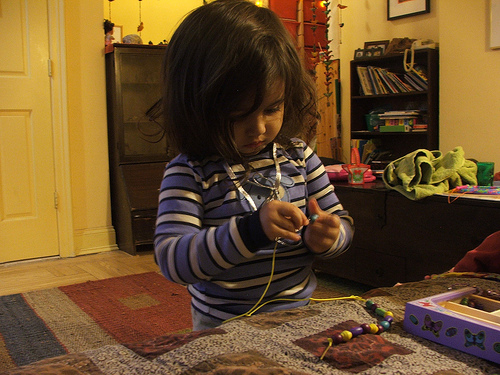 I got her the same set today and she has the patience for stringing about 15 beads. I am so amazed at her little fingers working like busy bees, the intense concentration on her face! 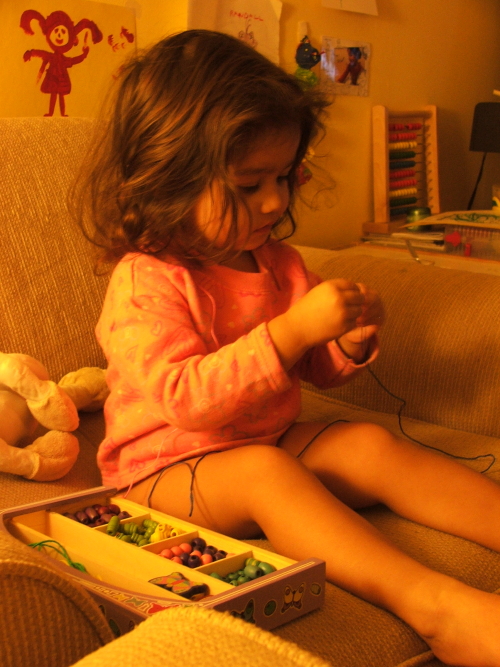 There is something about this picture… I feel I get a glimpse here of what she might look like in a few years time, maybe even in a decade or two…

Anyway, Amie doesn’t however get the point. All the beads need to be taken off the string and be returned to the box at the end. It’s a relief actually: that one box will last a long time!