Here’s what Amie drew today. She is obviously feeling much better, as testified by this springy Tigger. He’s jumping, see, and holding a black balloon, and there’s a tree behind him. She drew this at her little table while no one was watching. 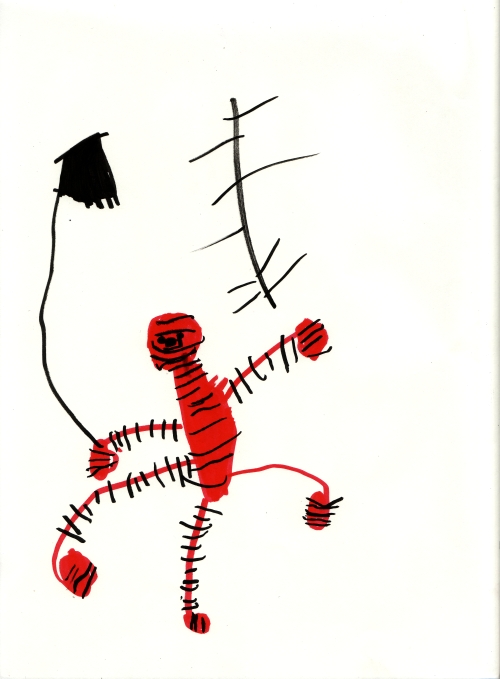 Winnie-the-Pooh has become Amie’s favorite. We read a story from the original book every evening. She doesn’t quite understand everything, but loves it nevertheless. She walks around saying “O bother” and pretending all her stuffed and Schleich animals are characters from Winnie-the-Pooh. 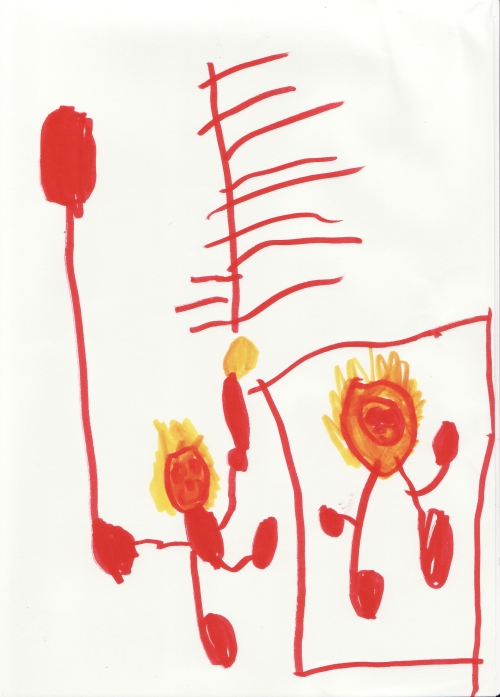 This is Winnie-the-Pooh on the left, holding a balloon and a branch, with a tree behind him, an Christopher Robin standing in the doorway. Notice the mix still of figures with bodies and those without. I’m really impressed because she used two colors without being asked, and thrilled that she is also adding context spontaneously now.

Someone suggested we buy her a Pooh or Tigger doll, but we don’t see why. It’s great that she can think of her old Sleepy Bear as Pooh, and of her IKEA kangeroo as Roo. Her imagination makes them so, and so much more beloved too because of that investment.