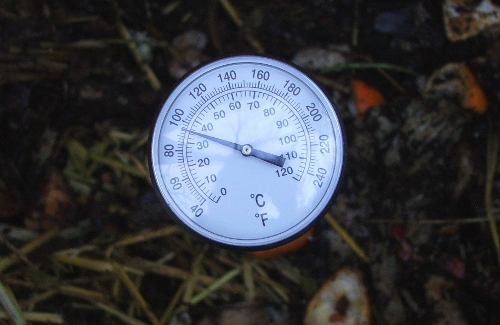 In the Germination Area

In the Seedling Area

I need to rig the heat lamp so it gives bottom heat, maybe like this, so I can:

According to my estimate (gamble), the last frost will have happened after 5 May. If I’m off by a little bit we’ll be fine thanks to the cold frame. But that means that we have 8 more weeks to go before it’s time to set out and direct seed most plants. When you look at the when-to-sow charts, you’ll see that many plants are listed as 8-10 orÂ  6-8 weeks to “setting out time”, so a slew of other seeds will have to go in soon.

And about those charts… I’ve become an avid if somewhat skeptical student of those charts. I’ve assembled many, and on average I go by what’s on the seed packet (if a time is mentioned at all) and the Silbers’ book. Most charts advertise the “setting out time” either (1) as the time since sowing or germination, that is more or less the age of the plant, or (2) the time relative to the last frost date (because a lettuce or spinach can stand a light frost, but a tomato plant can only go in when the soil is warmed up). I NEED A CHART WITH BOTH THOSE FACTORS!

It was another beautiful weekend but as we went into the city, we didn’t have time to get back to the garden (except for some playing). The work on the cold frame also progressed very little.

I did get a chance to turn the compost somewhat. Love that steam coming out when I lift the lid!