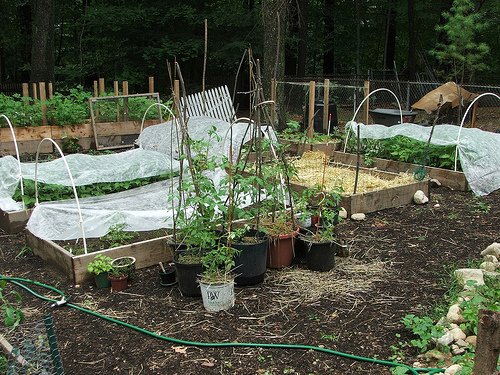 Last week “big hail” was predicted, so DH and I ran out and covered most of the beds with row cover. We also managed to drape some over the tomatoes in the pots, but by then it was too dark to take a picture. I don’t know what good it would have done, since no hail materialized. The weather reports have been off quite a bit lately. 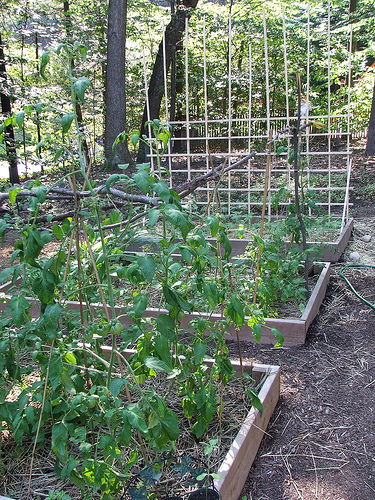 The new peas and beans in the bed in back are coming up well, so DH and I put together a cheap trellis. We bought “strap wood,” I think he called it, at Home Depot ($0.90 a piece), slit each 3″X1″ 8′ piece into three slats, then nailgunned it all together on the spot. 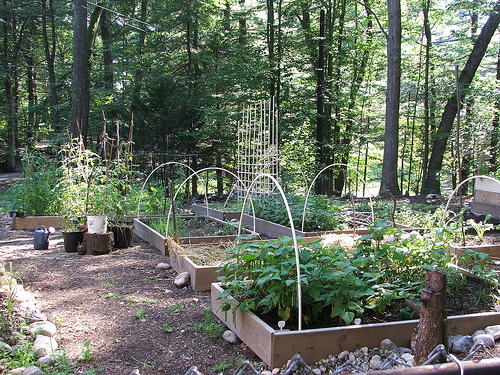 It’s finally starting to look like a veg garden! 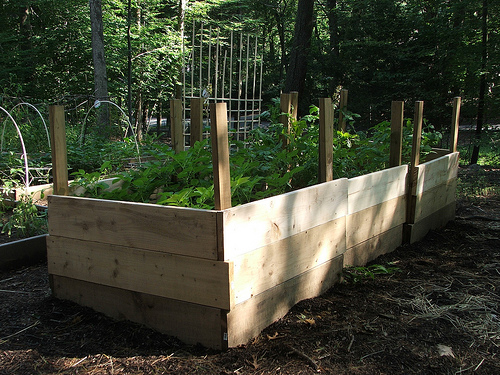 We also added another tier to the potato bins and hilled them all up – about 9 wheel barrows of that “bought loam” that was cleared by the soil test, mixed with lots of composted cow manure. It took a long time, taking care because especially the Bintjes (in the two beds to the right) were so vulnerable to breaking stems.

Except for the peas and beans, the second batch of direct sown seedlings were again either washed away in the rains or eaten. That’s the second chain in my succession planting that’s been destroyed. It hurts to have to buy lettuce in the store! So I bit the bullet and started lots of new seedlings indoors, well, on our porch. It’s North-facing, but we figured the filtered light there is still better than the lamps in the basement – we’ll see.Â  Not having to worry about space under lights, I went wild and sowed lots of:

And last but not least, here’s part of one of our dinners. Only the carrots were not homegrown, but they were local. 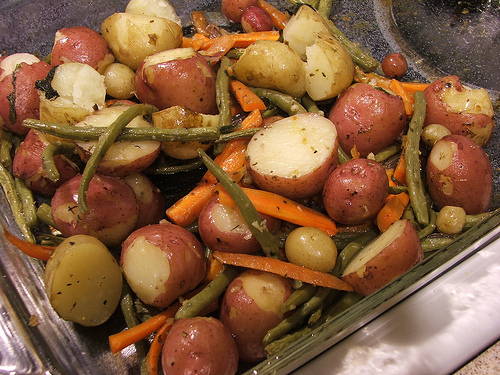