This month there were no shifts in the household: just the three of us, which makes the reckoning much easier. 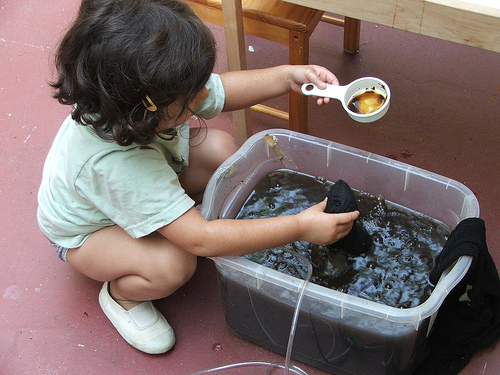 This stayed the same as last month. The school year hasn’t started yet, so DH is spending more time working from home and Amie isn’t daily being driven to school and back, all of which save on gas:

We’re now routinely careful with lights and appliances and we’re inching down (from 10% last month), but honestly I doubt we can get it any lower without investing in some expensive solar battery-charging equipment. But then again DH is looking into building a deluxe solar oven, which will save some more electricity, especially as the temperatures drop and stews and soups come back on the menu – though we hope to use the woodstove cook top for those. Anyway, right now it’s just chipping away.

I’ve been canning a lot, and getting that 23 quart canner up to 10 lbs of pressure really puts my electric range to work. That will show up in next month’s Riot, though.

What strikes me now about this number is how easy it was to get our usage down to within 10% . We run our laptops all the time, and we’re not ruining our eyes to candlelight at night. I run my dishwasher every other day, and my washer once a week (never my dryer)… That is, we’re not deprived of electricity at all. With a little bit of effort everyone in the States could quite easily get down to, say, 20% of what they’re using right now. All it takes is some vigilance.

This is down from last month but warm water is still our Achilles heel. We still haven’t insulated the boiler and the pipes – one thing after another happens and distracts us from such simple measures. No excuses: it will happen this month!

The big bill finally came in: we had rented a dumpster for the trash generated by our remodeling project that we weren’t able to recycle.Â  We don’t know how much it weighed after we were done with it, only that it was under 2 tons. 2 tons, that’s 4000 lbs! I can’tÂ  believe it was anywhere near that, so I estimate it was about a ton, but I really have no idea.Â  So let’s say a ton, the dumpster plus our usual household garbage, which came in at 5 lbs per person per month.

Ouch. Does the US National Average include construction debris, dumped cars, etc? If not, then I can write:

But it’s only fair to count it. Most of it ended up in the landfill, after all.

During our brief dry spell I watered only with rain water, and all our compost tea was made with rain water (as it should: the chlorine in the drinking water kills the benificials). And at the beginning of this month we installed our new flushing method, which paid off: we lowered our water consumption even more (from 20% last month), to

Stuff we bought but that I won’t count,Â  because they are for purposes in accordance with the Riot: canning rings and lids and some canning jars – though most I got through Freecycle and Craig’s List – and the canner itself, of course; a substantial investment in our new wood burning stove,Â  one of the most efficient stoves on the market and to be used judiciously;Â  the (poorly designed and useless) solar lamp we purchasedÂ  from – and will return to – IKEA.

Most of the furnishing in the renovated room are either stuff we had or things we got from the landfill (a nice desk and a chair). But we did have to buy some tools and lot of building materials for it. We also replaced our beaten up old porch roof with a new roof – which necessitated a surprising amount of caulk. Sigh. I hadn’t so far, but now that I am counting the renovation waste, I’m thinking I might have to count these costs as well… And then we’re talking several thousands – sometimes things are so necessary that you just stop keeping count.

If I’m not counting these, then I could write $80, spent on books for Mama, DH and Amie:

10% of the US National Average

It’s been a while since I visited this category. It still boggles the mind how to calculate it, but I can at least say that we’re eating a lot out of the garden. I am canning a lot, so that will lessen our impact during the months to come. (See the last Independence Days)

But our garden failed to produce onions,garlic, peppers, lettuce… Those I buy at the Farmer’s Market, along with the honey: all local. I have many plans for improving the garden next Spring.

It all feels good, but we can do so much more. For instance, buy bulk wheat berries and grind our own flour, or the least I could do is bake my own bread. Get chickens so we can make our own pasta. Get a chain of homemade yogurt going, with local milk. Start mushrooming. Find a good storage place for the many potatoes we hope to harvest, and for apples from a local orchard…

So many more steps to ween ourselves off the supermarket, which is increasingly more expensive. Only last week I bought a gallon of organic milk: $6.99! But if we had a couple of goats…