It seems I’m no longer writing in my (analog) journal. Don’t know why, but in any case I am jotting down Amie’s sayings and doings on pieces of paper here and there. Here’s an effort to preserve them. 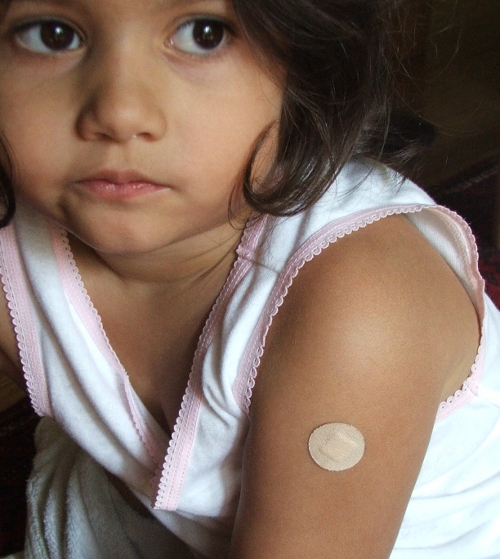 Amie had to have four shots at her four-year well-visit. We did two during that visit, and the two other ones a few weeks ago – the day before school started, actually. Each time Amie jealously guarded the tiny round bandaids that covered the puncture wounds. In the bath and shower she screamed, wanting to keep them dry. When one was hanging on by a thread and DH pulled it off, she became hysterical. We could never quite figure out why. It was a mystery, until today.

When she saw that the last banaid was coming half off, she started crying.

– Then why are you crying?

– Aaah, I see. But you just need the shot to go to school, the medicine. Not the bandaid. 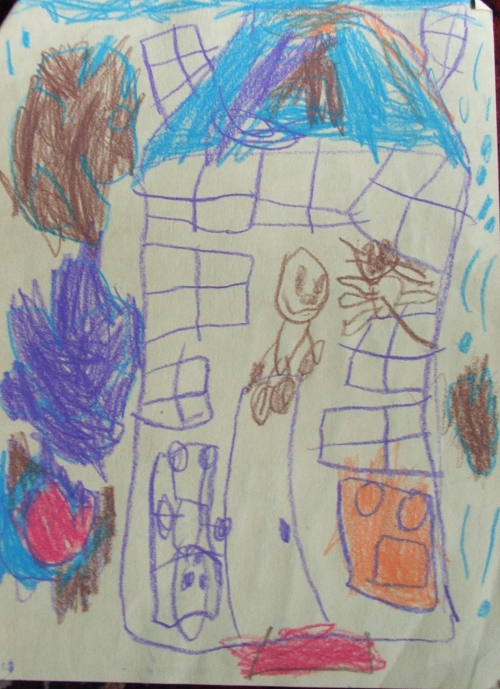 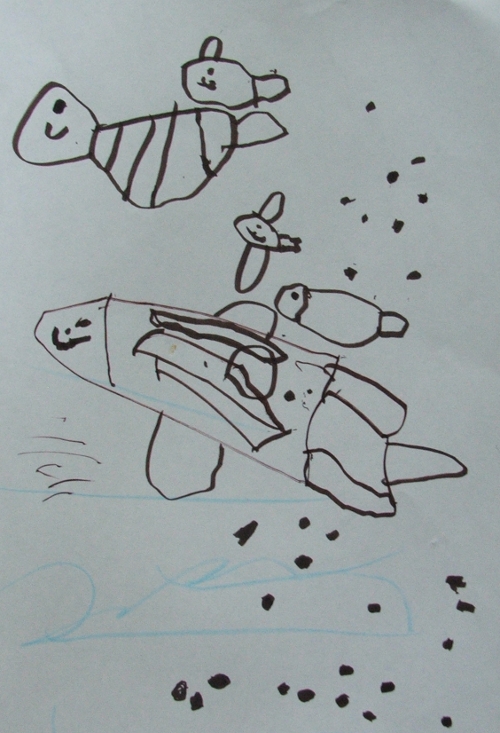 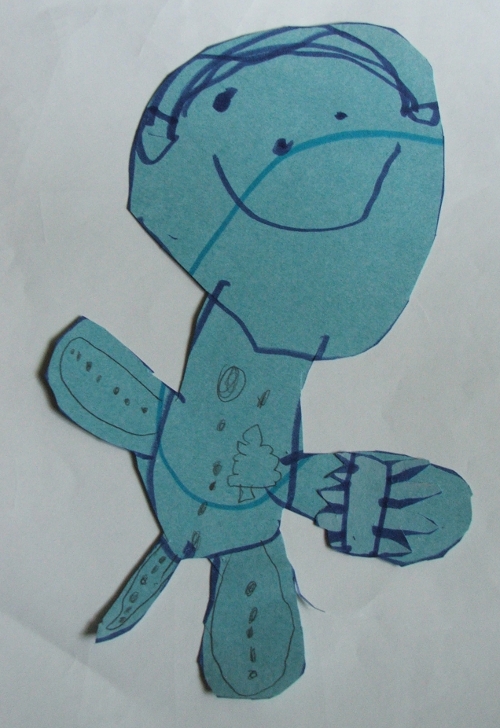 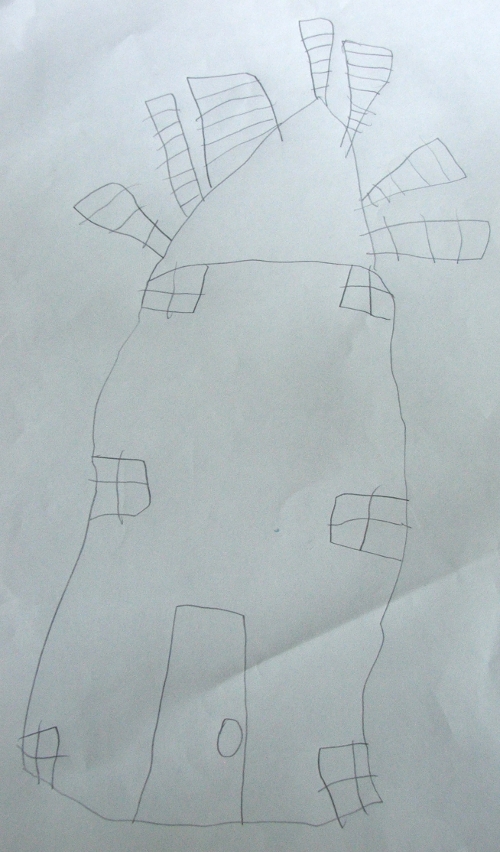 (In the first drawing Mama is upside down because she is lying down on the bed and Amie is sitting on top of the door with a cat. The second drawing is of a Mama and Baba fish and their tadpole children. The other two are self-evident.)

Amie reiterated this morning that she wants to be an artist – she’s been practicing. DH asked her if she didn’t want to be what he is.

(DH is a neuroscientist.)

We were having lunch when she suddenly said to me:

– Mama, when you were a little kid you were much older than I was.

– But when I was four years old, I was four, right? Same as you?

– Of course. Everyone has to be four years old at some point, after they’re three.

More about time. One day she also came to me to ask me, out of the blue:

I told her the truth. I would have quoted her Jim Harrison, but kept it for later:

“We think of life as a solid and are haunted

when time tells us it is a fluid”

This must be the tenth time I read The Road Home. I love that voice.

We’re having a lovely Sunday. We got up at 10 (Amie loves to sleep in and we oblige) for our Sunday tradition (week 5) of DH and Amie making waffles/crepes. Then while listening to seventies music we munched and read, drew, sewed and surfed the net. Then we cleaned up the kitchen after last night’s party (we had a three-course feast with fish stew and risotto for ten). I finished the apple peel jelly (*) while DH chopped wood and Amie played outside in the newly warm weather. Then I split some more wood – I’m getting pretty good with the splitting maul. All this in our pajamas. Now we’re relaxing with a glass of wine, and soon we’ll have our dinner of leftovers. 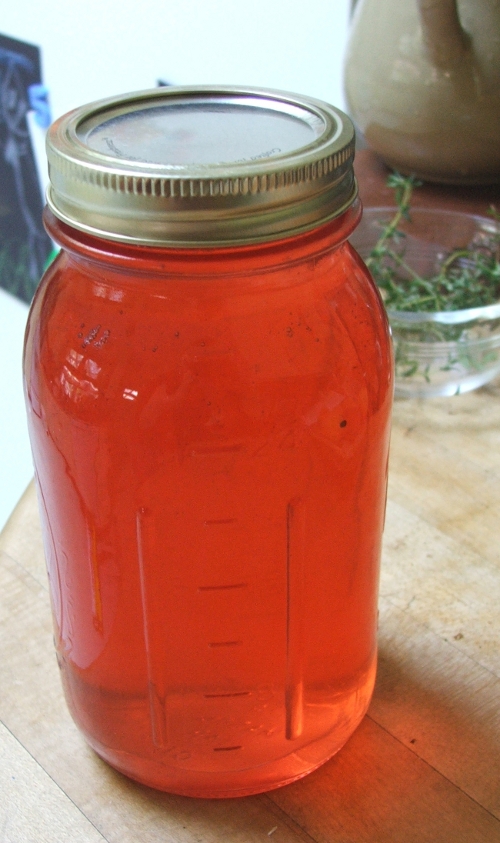 (*) It was a bit of a chaotic business. First of all, the recipe in the Backwoods Home Magazine didn’t mention how many 1/2 pints the 5 cups of apple peel juice make. I doubled the recipe (and still have about 5 cups of juice left) and found I needed more than the 12 1/2 pints I had prepared. In fact, I had a whole quart jar left over (pic), for which there was no room in the canner. The recipe also didn’t mention to stir constantly while you let it boil hard for that one minute – I only found that out when reading another jelly recipe. I didn’t stir it at all… I remember our utter disappointment one winter when we opened the first jar of my mom’s home-canned crabapple jelly and found it still liquid, as well as the next, and the next…